The greatest champions of the World Cyber Games - Dexerto
Esports

The greatest champions of the World Cyber Games

In 2019 one of esports’ most classic events, the World Cyber Games, is set for a return.

Unlike other major esports events, which typically focus on a single title or at least keep different tournaments distinct, the World Cyber Games aspired to be something akin to an esports Olympics, with countries fielding representatives in a variety of different titles.

The WCG originally ran from 2000 to 2013, during which time it hosted some of esports’ greatest players across a number of games. As the World Cyber Games is set for a return in 2019, here’s a look at some of the most iconic competitors that already count themselves as WCG gold medallists. 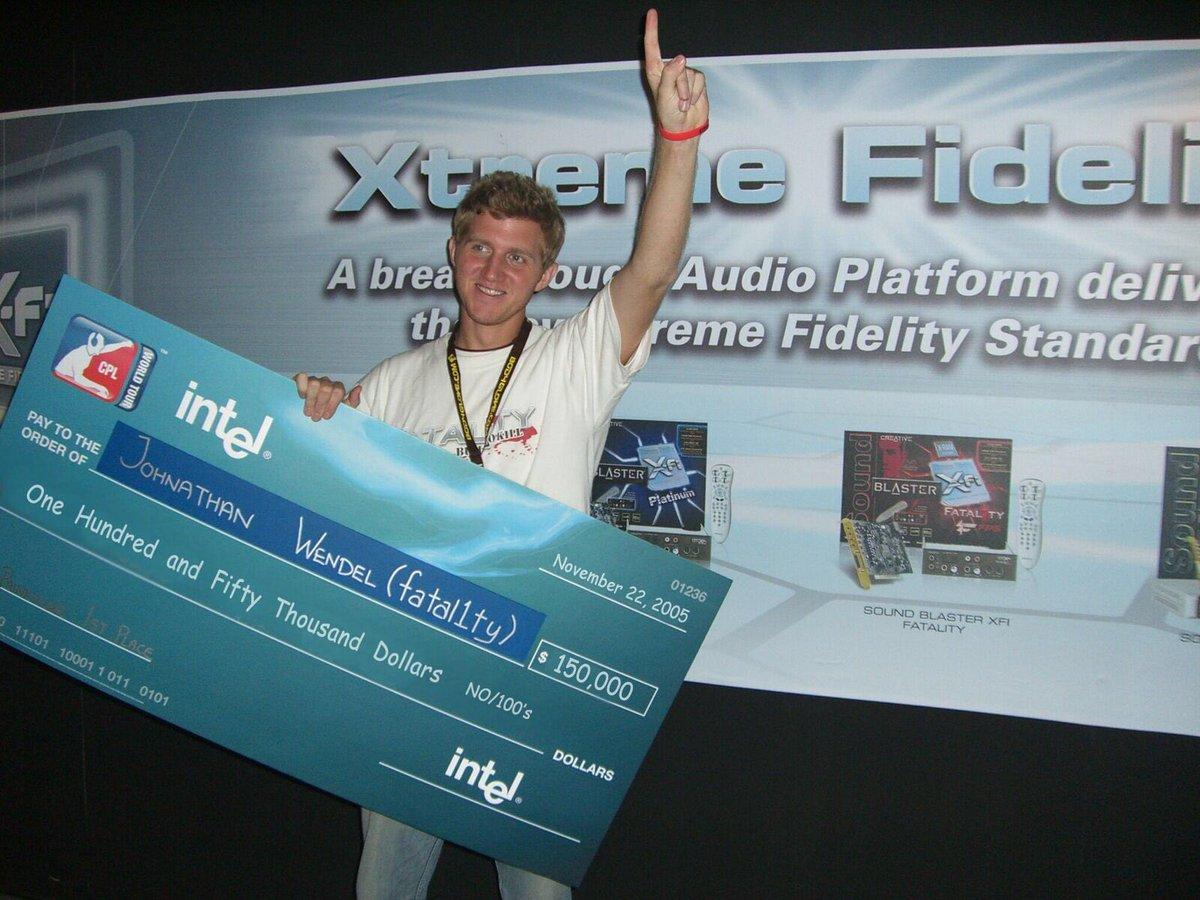 There’s a space like no other carved out in esports history for Johnathon ‘Fatal1ty’ Wendel. Unlike most legends of the industry, Fatal1ty was a gaming polymath, a champion across not only multiple titles, but multiple different franchises.

Fatal1ty broke new ground not only as a competitor, but also as an icon, a precursor to the celebrity that the esports stars of today enjoy. In a world before social media, Fatal1ty nevertheless built a reputation that saw him not only respected in the world of competitive gaming, but even featured in mainstream publications and shows long before

Though Fatal1ty competed and won in a variety of games, he was best known for his career in Quake, and it was in this franchise – specifically Quake III – that he won his WCG title, in the very first World Cyber Games event in 2000. 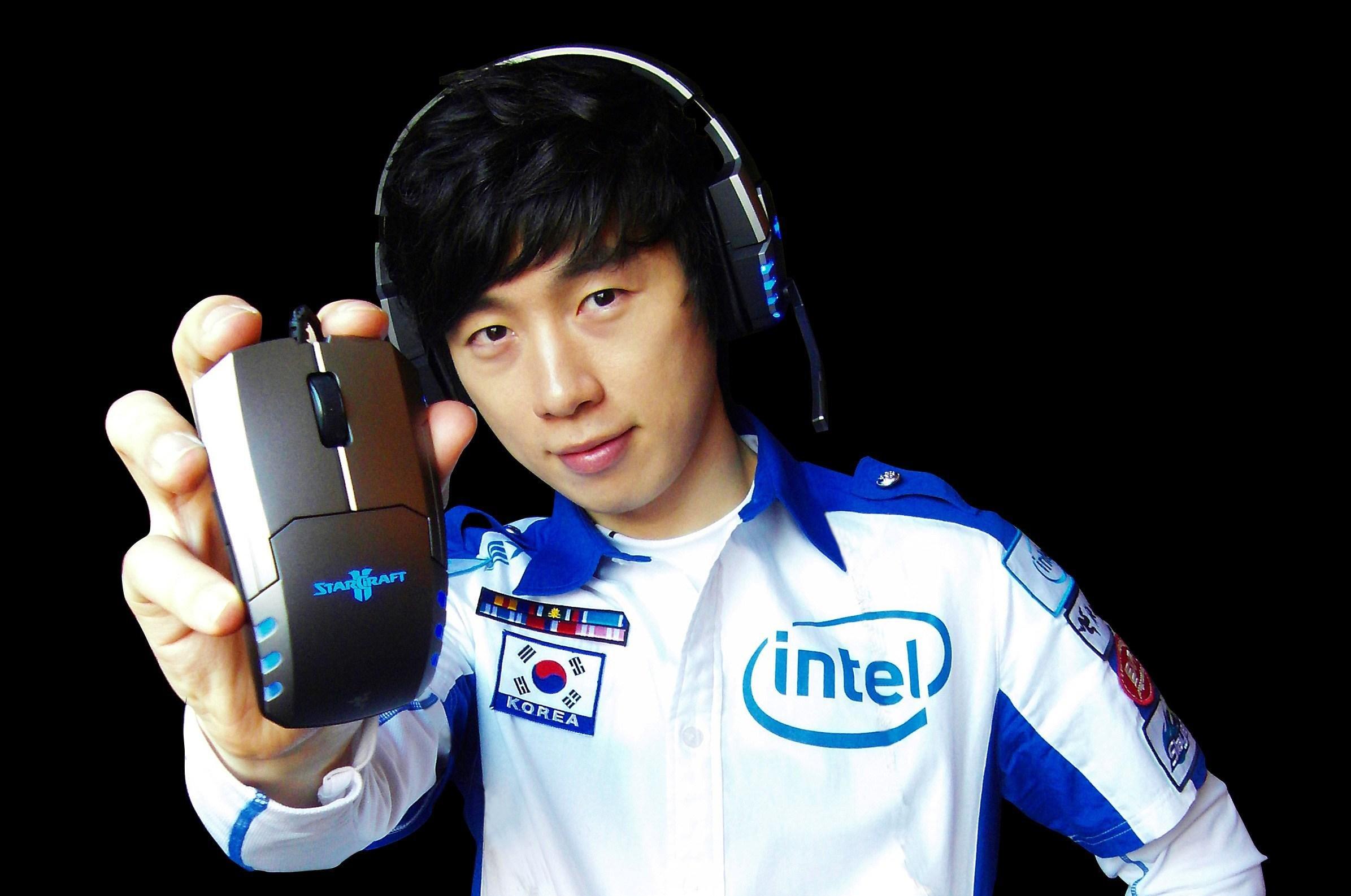 BoxeR is among the earliest esports superstars.

Few figures in esports boast a legacy comparable to that of Lim ‘BoxeR’ Yo-hwan. More than a decade and a half after his original reign as The Emperor of StarCraft: Brood War, he’s still remembered as one of the greatest and most iconic players the game ever saw, and one of the rare esports stars whose reputation transcends the game in which it was built.

While later players may have surpassed BoxeR’s accomplishments, few approach the degree of reverence with which BoxeR is remembered. He was the first true king as the rise of esports in South Korea began around StarCraft.

At the World Cyber Games BoxeR reigned supreme in both 2001 and 2002, on the latter occasion beating major rival Hong ‘YellOw’ Jin-ho for gold. He remained not only the sole StarCraft player to claim the title back-to-back, but the only one to win more than once at all. 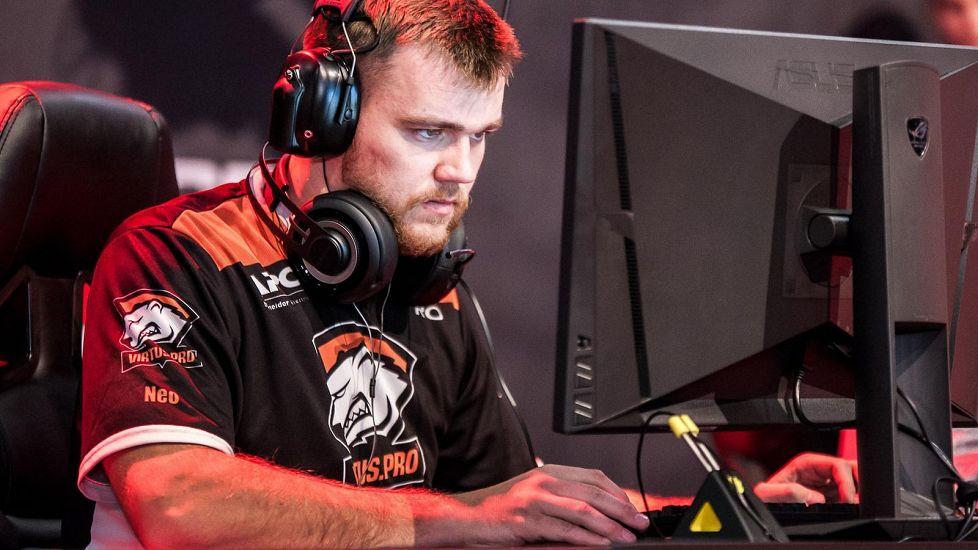 NEO is considered by many to be the greatest CS 1.6 player of all time and was part of the legendary Polish Virtus.Pro line-up in CS:GO.

Filip ‘NEO’ Kubski is considered by most one of the greatest Counter-Strike players of all time, and within Counter-Strike 1.6 specifically, Patrik ‘f0rest’ Lindberg remains his lone competition for that title.

While there will likely never be a clear consensus as to which was really the greater player, in the context of the World Cyber Games, NEO dominated the battle.

Having already claimed his first WCG victory in 2006, NEO went on to defeat f0rest’s Fnatic to claim a second in 2009, and beat f0rest again, who was this time playing for SK Gaming, in 2011 to earn a third.

In fact, with three WCG titles to his name NEO compares favorably to any other star in any game, with even the titans of other titles maxing out at two gold medals.

While NEO may be the stand-out star, Counter-Strike is still a team game and several other players also boast these titles. Perhaps most notably for fans of the legendary Virtus.Pro line-up of CS:GO, Wiktor ‘TaZ’ Wojtas played alongside Neo in all three WCG victories, as did Mariusz ‘Loord’ Cybulski and Jakub ‘kuben’ Gurcyznski. Lukas ‘LUq’ Wnek collected two, but by 2011 had been replaced by Jaroslaw ‘pasha’ Jarzaboski. 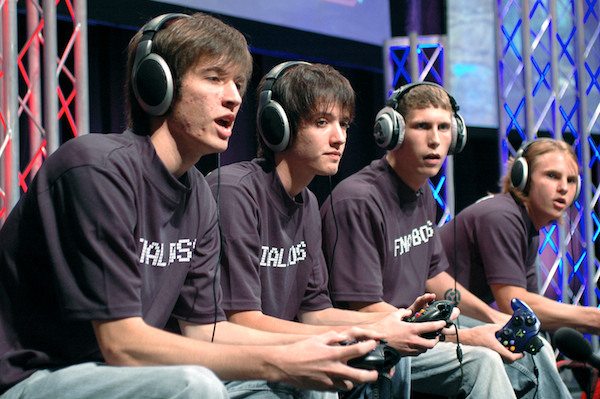 Ogre 1 and Ogre 2 are among Halo’s most iconic players.

When it comes to Halo, there’s no more iconic duo than twins Dan ‘Ogre 1’ Ryan and Tom ‘Ogre 2’ Ryan. The pair were not only among the most individually skilled players to ever grace the franchise, but also formed the core of several of its most successful teams, most notably the legendary Final Boss.

While the 4v4 aspect of Halo is at the forefront of the franchise’s competitive scene, it’s by no means the only element of the game’s history. In Halo: Combat Evolved and Halo 2, events would routinely run free-for-all and 2v2 tournaments as well, with the best players competing across all of these disciplines.

For an iconic duo like the Ogres, there’s perhaps no better format than two versus two. Paired together they were practically unstoppable – although they would often choose instead to separate, and on such occasions usually met in the final to face off for the title.

For the Halo 2 event at the World Cyber Games in 2005, however, the twins were fighting side by side, and collected the title without dropping a single map. 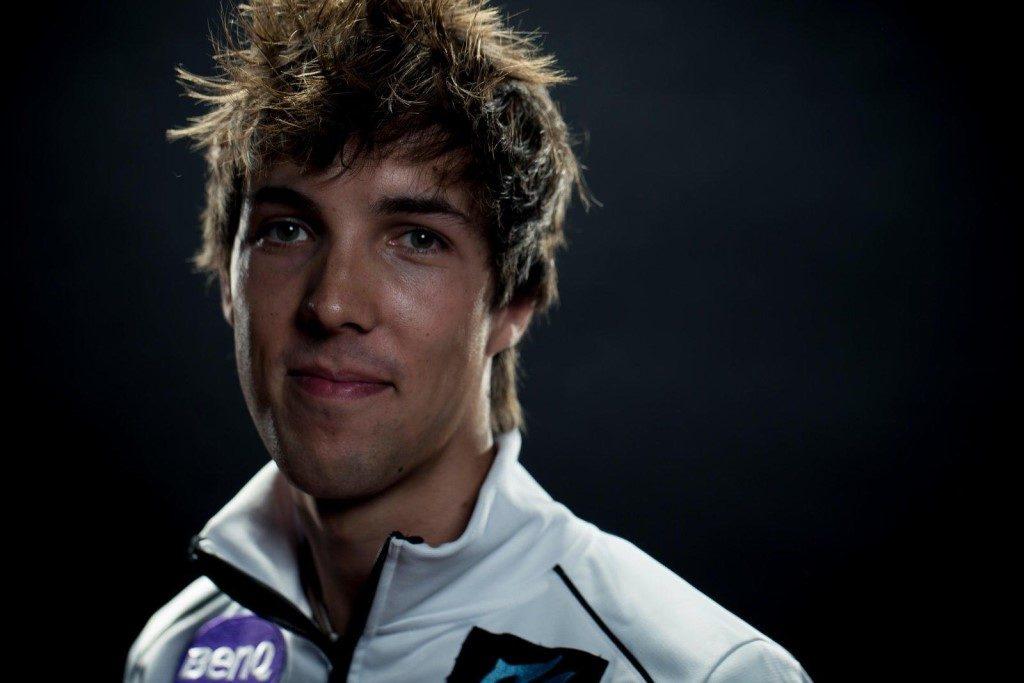 Grubby is one of Europe’s most successful Warcraft III players.

Warcraft III was a staple game of WCG for most of its history, being featured at every iteration from 2003 to 2013.

One of the first Warcraft III players to claim gold at WCG was Manuel ‘Grubby’ Schenkhuizen, Orc player for the legendary 4Kings WC3 team, who took the title in his first appearance at the event in 2004. In 2008, he claimed a second victory, this time defeating rival Jang ‘MOON’ Jae-ho in the final.

Grubby returned to the final in 2010, earning the opportunity to become the first player to win three WCG titles, but fell to Kim ‘ReMinD’ Sung-sik, leaving him tied with Li ‘Sky’ Xiaofeng with two gold finishes.

While many classic esports franchises have survived to – and for the likes of Counter-Strike, even thrive in – the modern day, Warcraft III has, unfortunately, largely fallen by the wayside outside of its own dedicated community. When the World Cyber Games returns in 2019, however, it will feature Warcraft III: The Frozen Throne as one of the competitive titles.

Fortunately for fans of the title – and of Grubby, who is still playing Warcraft III, although he’s retired as a pro competitor – Blizzard are currently working on a remaster of the game, called Warcraft III Reforged, which is due for release in 2019, and may offer a chance at breathing new life into its competitive scene. 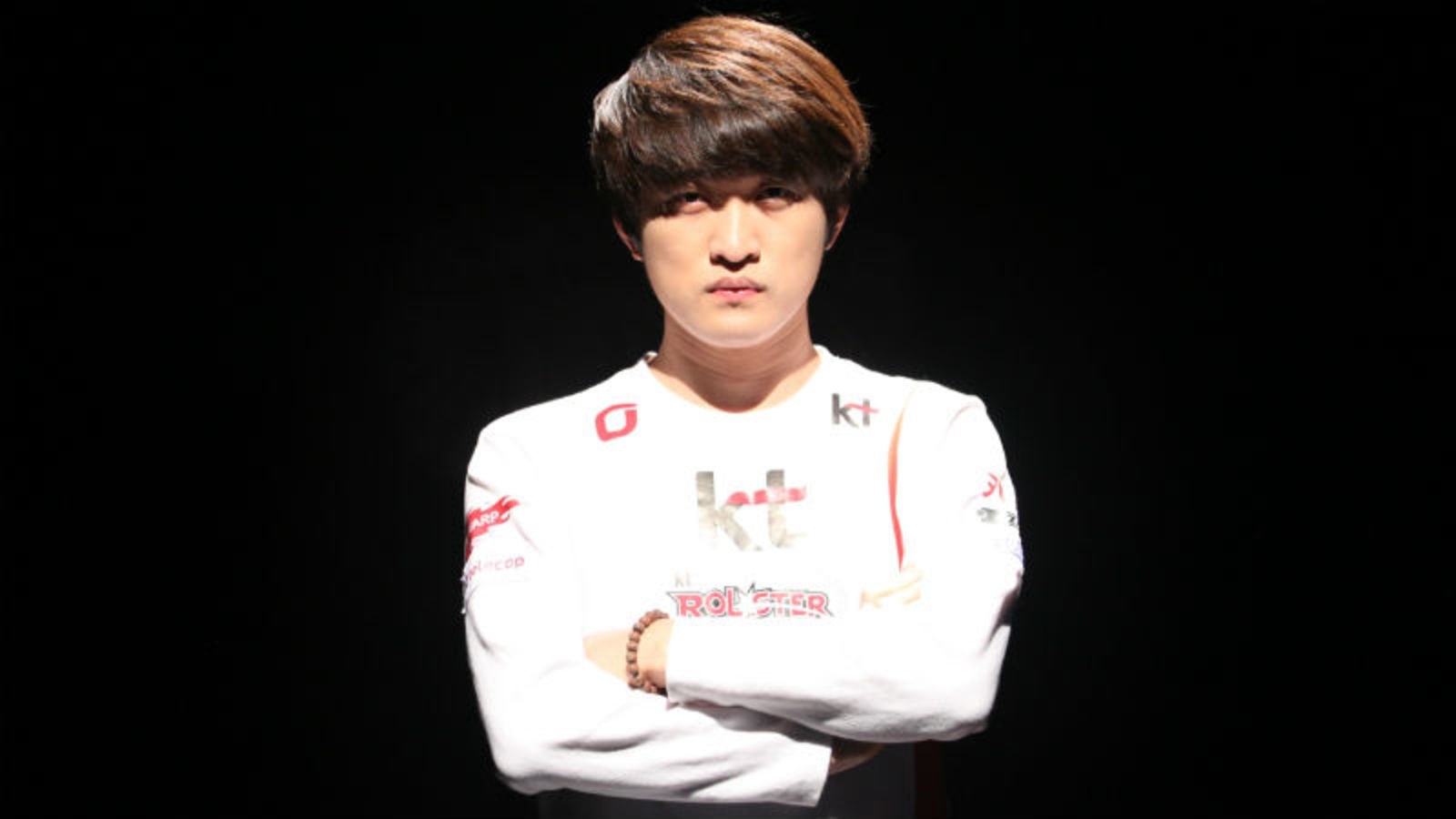 Flash is considered by many to be the greatest StarCraft player of all time.

Considered by many the greatest StarCraft: Brood War player of all time, ‘Flash’ didn’t actually collect a WCG victory until the very last time Brood War was featured in 2010.

The title came as part of the season that Flash is perhaps best remembered for, an epic year in which he appeared in the finals of every tournament he attended, winning five of the eight. His dominance was such that this season earned him the nickname simply of “God.”

Flash was one of just four winners of the Golden Mouse – an award for winning three OSL titles – and tied with Lee ‘NaDa’ Yoon-yeol for the most combined wins of OSL and MSL, the two most prestigious tournaments in StarCraft: Brood War, at six. 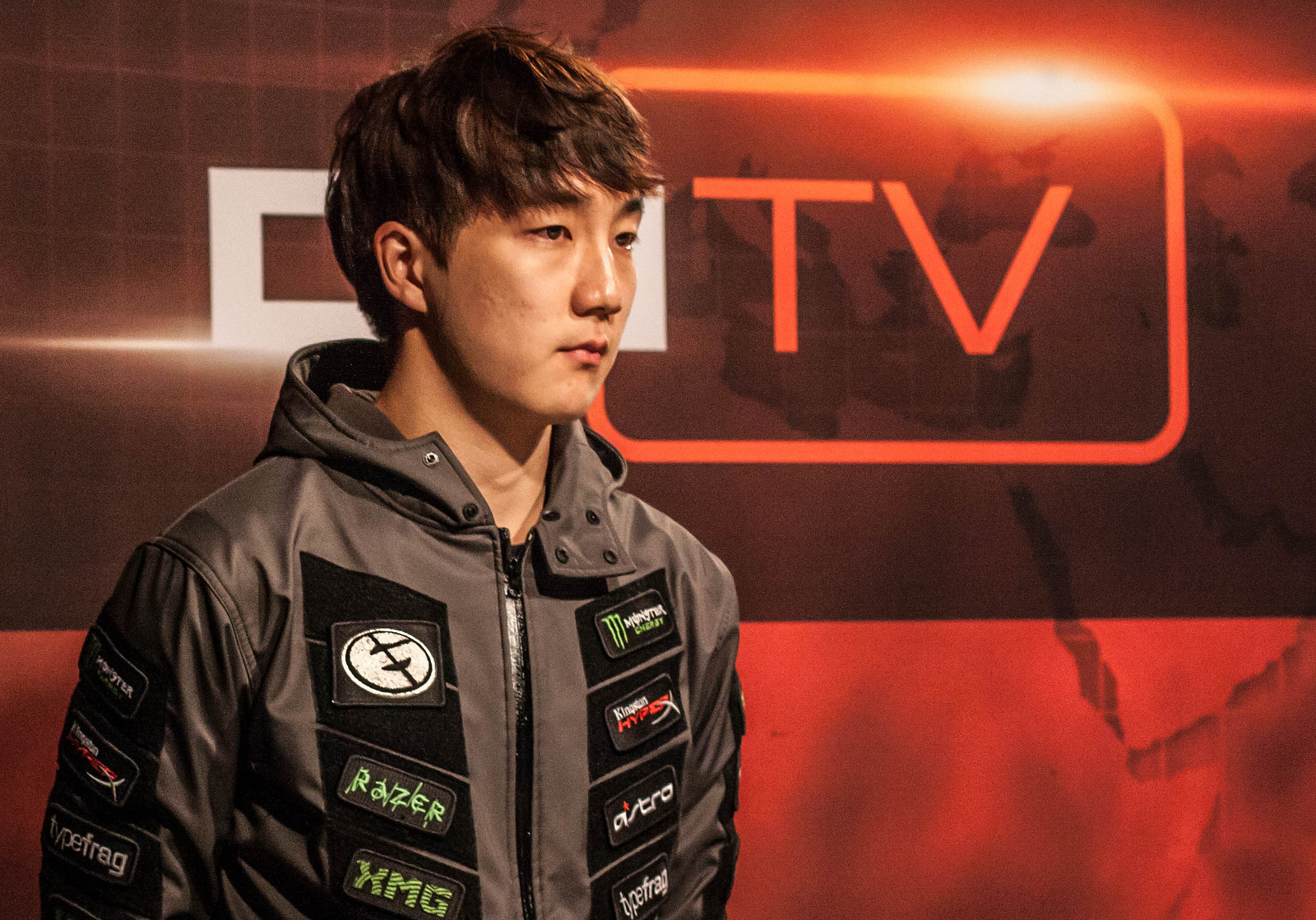 Jaedong, a legendary StarCraft player in his own right, was also known for his epic rivalry with Flash.

Often referred to by his nickname “The Tyrant” and the other half of one of what is arguably StarCraft’s most legendary rivalry, Lee ‘Jaedong’ Jae-dong was often the force that prevented Flash’s dominion from being absolute.

Jaedong actually beat Flash to claiming a WCG title, taking gold in 2009, but fell to Flash in the semi-finals in 2010 and ultimately finished third.

Another winner of the Golden Mouse and boasting five individual titles across the OSL and MSL leagues, Jaedong was also one of four players included in the TaekBangLeeSsang, a Korean term referring to himself, Flash, Kim ‘Bisu’ Taek-yong and Song ‘Stork’ Byung-goo, the four most dominant players between 2007 and 2012. 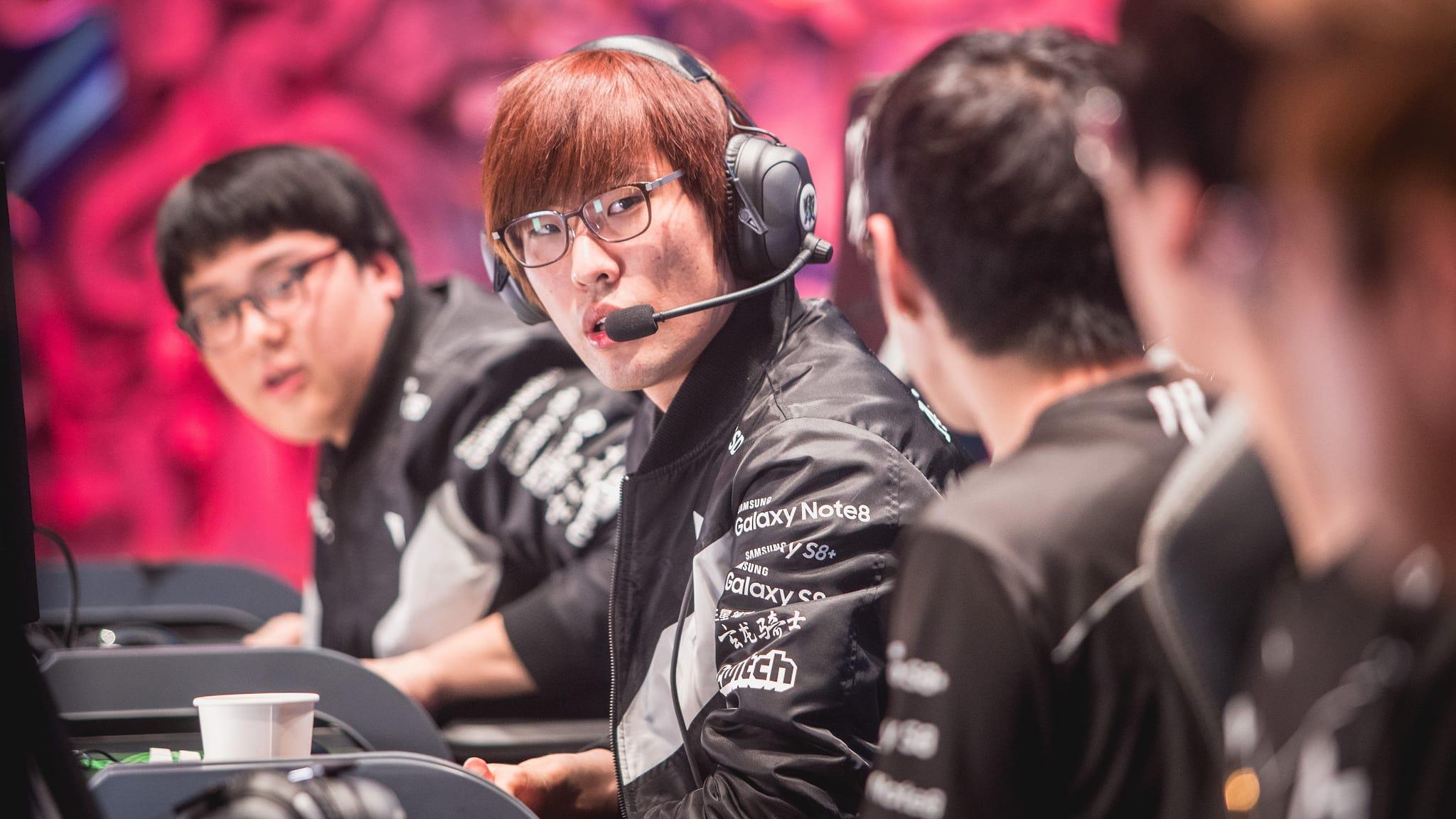 Ambition finally won the League of Legends World Championship with Samsung Galaxy in 2017.

While more modern League of Legends fans will recognize Ambition as a jungler, it was in the mid lane that he made his name.

In the early seasons of OGN’s Champions tournaments, which would later become the LCK, Ambition was considered among the very best mid-laners in Korea.

By the time Ambition attended WCG in December 2013, that title had been firmly claimed by the rise of Lee ‘Faker’ Sang-hyeok, but it was Ambition’s CJ Blaze squad that were able to claim the South Korean spot at the World Cyber Games and ultimately took the title, defeating China’s OMG in the final.

At the end of 2014, Ambition moved to the jungle in what would become arguably the most successful role-swap in League of Legends history. In 2016 he reached the final of the World Championship with Samsung Galaxy only to be cut down by Faker’s SK Telecom yet again, but in 2017, Ambition’s squad was able to take revenge in the rematch, becoming World Champions.

At the end of the 2018 season, Ambition announced his retirement from professional play, but having firmly earned his place in the League of Legends hall of fame. 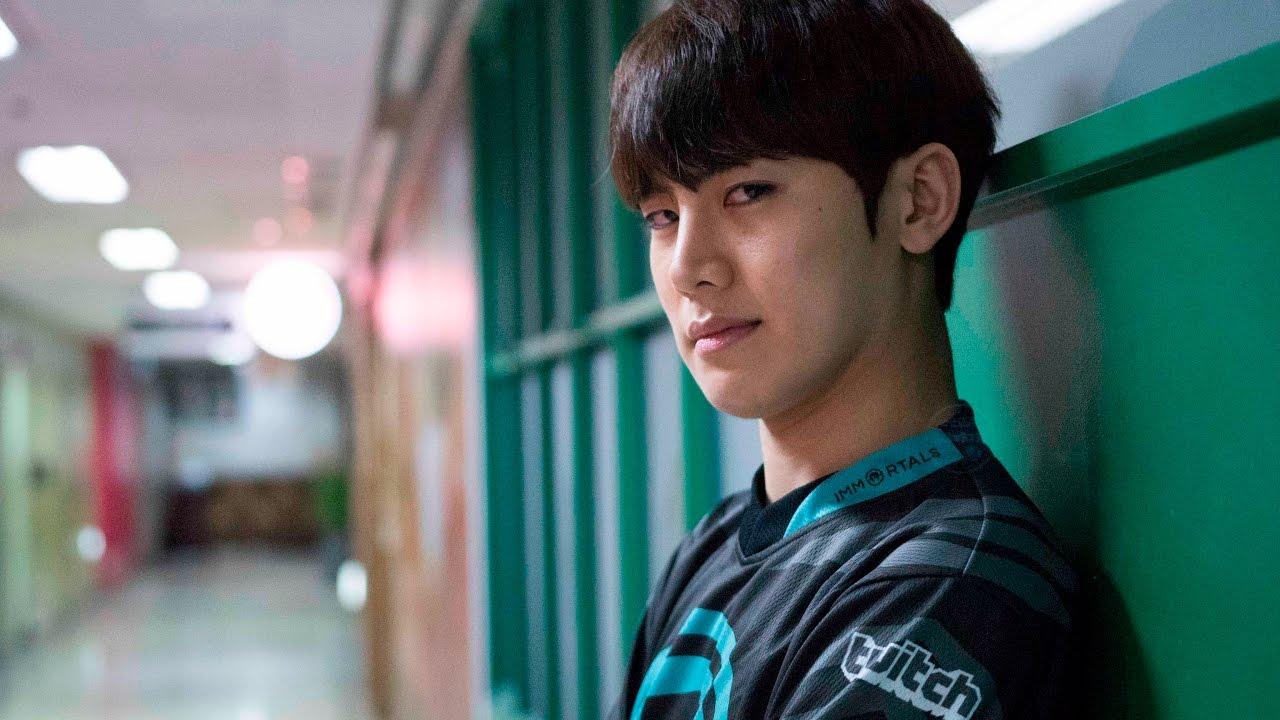 Flame has made a spectacular return to the LCK with DamWon Gaming after two years competing in North America’s LCS.

One of the most renowned carry top-laners in League of Legends history, Flame was so dominant in lane that he spawned the term “Flame horizon”, which is still used to denote when one player hits a 100 CS lead over their opponent.

Having spent the 2017 and 2018 seasons in North America with only one second-place finish to highlight an otherwise unremarkable record, Flame’s pro career appeared to be dwindling, especially when he did not join a team ahead of the 2019 season.

After being signed by DamWon Gaming in the middle of LCK Spring, however, Flame seems to have been rejuvenated, not just surviving but thriving back in what has historically been the most competitive league in the world.

Whether it’s a stunning swansong or full-blown regeneration will only be revealed with time, but right now Flame is once again a player worth watching out for.

Below is how each team places in the current standings, with Royal Never Give Up, Team WE and EDward Gaming all yet to drop a series.