It felt as though the world stood still on the night of October 6 as Conor McGregor and Khabib Nurmagomedov entered the Octagon for UFC 229.

Taking place at the T-Mobile Arena in Las Vegas, Nevada, the Irish superstar took on the undefeated Russia in what was billed as the biggest fight in MMA history. To provide context, commentator Joe Rogan said he’d never been more excited for a fight.

Khabib came into the fight as favorite with 26 wins and 0 losses, while McGregor looked to defend his reputation as one of the best of all time, after two years away from the UFC.

The fight went to the floor quickly as Khabib utilized his immense wrestling experience, with the Russian beginning to land shots with the Irishman stuck against the cage.

Heading into round two, Khabib surprisingly rocked Conor with an unexpected right-hand punch, but once again it went back to the floor with a flurry of ground and pound, but the fight lasted until round three. 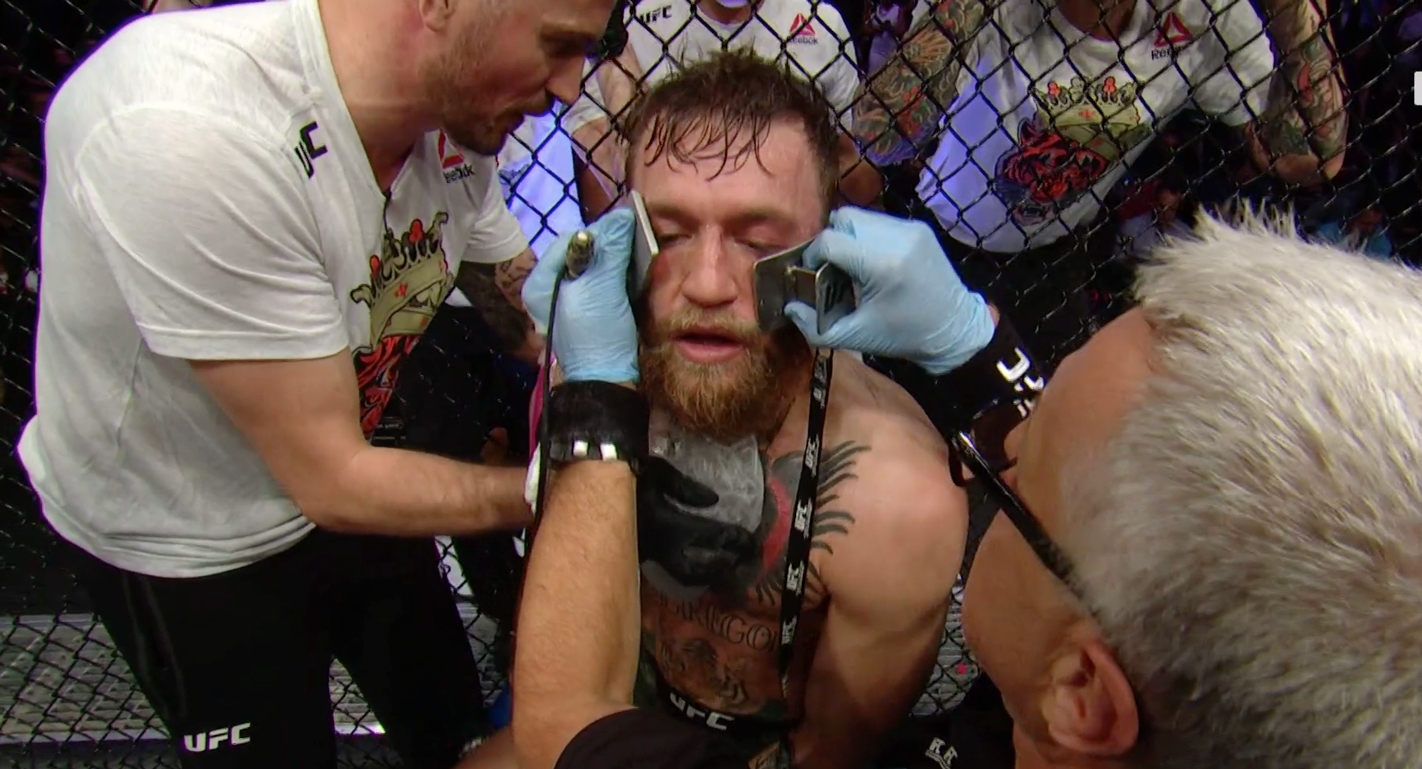 McGregor suffered significant strikes during the ground and pound

Round three saw a big change of pace with the fight remaining standing as both fighters exchanged blows, taking it to the championship rounds with Khabib looking in control.

Round four and it was back to business for Khabib as he put pressure on McGregor against the fence, before taking him to the ground and pinning him down. Boos could be heard from the Irish fans echoing around the T-Mobile Arena.

Against the fence and Khabib was able to put Conor into a submission, with the Irishman tapping out. It didn’t end there though, with Khabib screaming in Conor’s face, before jumping into the crowd in an attempt to fight a member of the crowd.

Conor was then attacked by members of Khabib’s team from behind, with the commentators citing this as one of the worst ends of a fight they have ever seen.

WTF GOING ON AT #ufc229 pic.twitter.com/kytlL4XKdL

And even closer to the action outside the cage. No clue who the guy is with the bleached hair that Khabib attacks. pic.twitter.com/RHmmaw6sHm

Due to the altercation, Khabib wasn’t allowed to be given the belt, with Dana White telling the Russian that if he did, people would end up getting hurt.

He was then escorted out of the crowd with things being thrown at him by the crowd.

In a post-fight interview, UFC boss, Dana White, revealed that three of Khabib’s friends have been arrested for assaulting Conor in the cage.