Four reasons World of Warcraft: Shadowlands could “save” the game

Blizzard has been taking extensive notes on the success of WoW Classic, and are taking some of the best ideas, among others, and applying them to their next retail expansion. But will it bring subscribers back to the base game?

Blizzard announced Shadowlands during the opening ceremony of BlizzCon 2019, with an exciting trailer showing Sylvanas directly challenging the Lich King.

In their various panels throughout the weekend, they revealed plenty of features, changes, and new ideas coming in the next expansion. Let’s go through some of their excellent ideas.

Squishing the out of control level cap 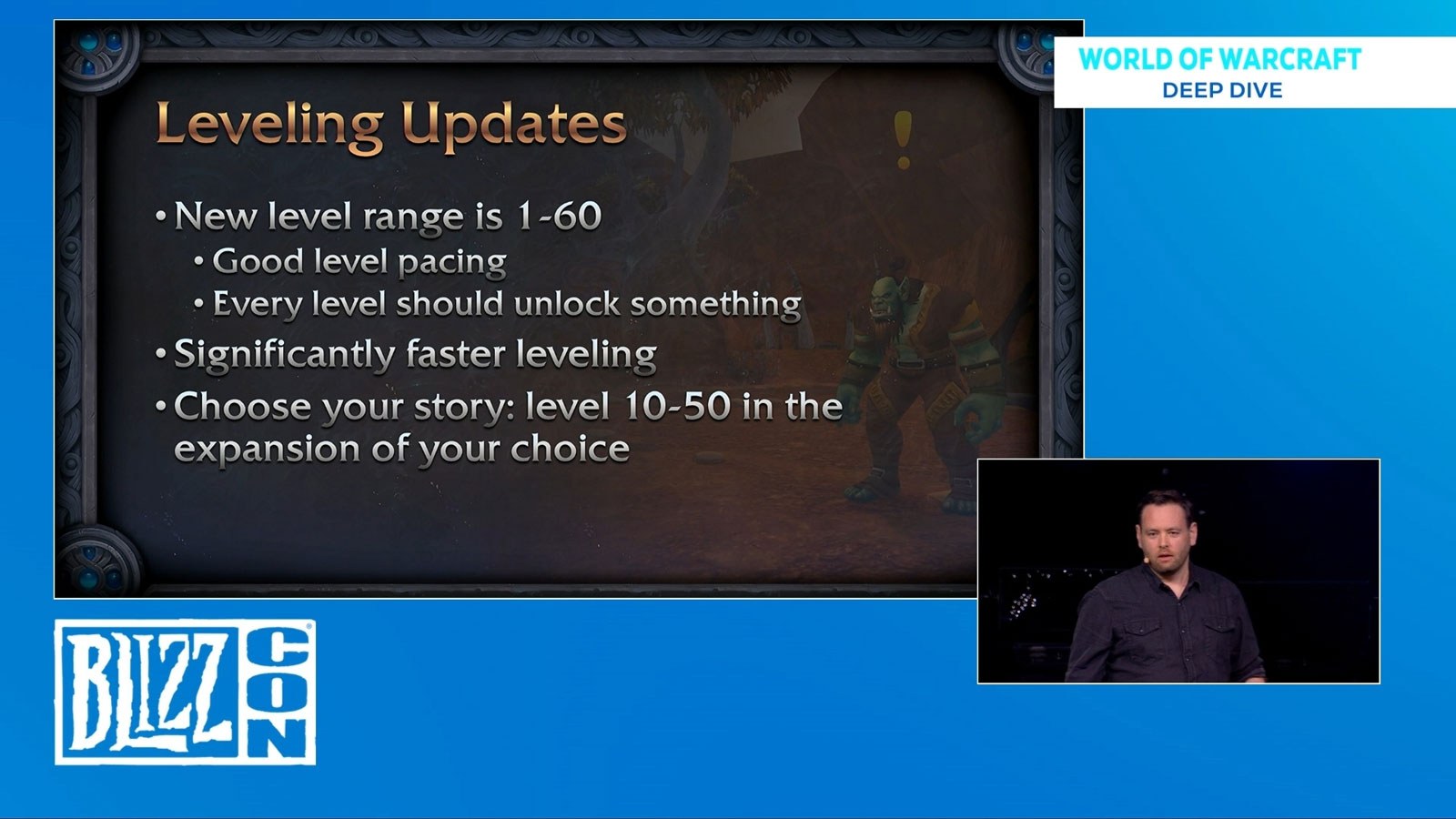 The changes coming to leveling in Shadowlands

The numbers were just getting too high. Following the release of the Battle for Azeroth expansion, the level cap for World of Warcraft officially doubled what the original cap was, going from 60 to 120.

Classic fans experienced the simplicity of a much more obtainable, less daunting cap, and now Blizzard is taking their digital index finger and thumb, and squishing the current cap.

Current level 120s will be squished to level 50, allowing them to grind up the new level 60 cap in Shadowlands. Rather than simply extend the cap to 130, Blizzard is opting to not continue to just spread out the leveling experience, and condense it into something more palpable and rewarding for current and potential returning players.

Players can also choose expansion story they want to experience during levels 1-50, and speaking of story… 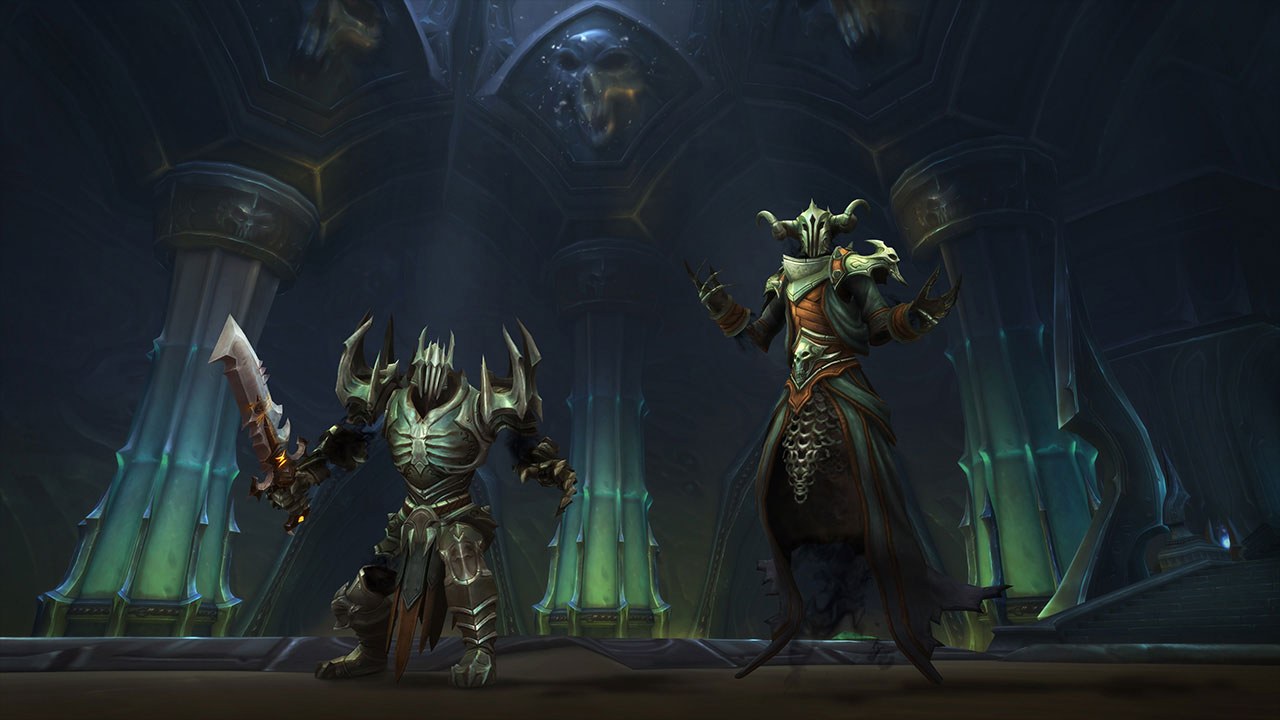 The Tower of the Damned within The Maw, the new endgame zone

One thing that’s always been a detriment to World of Warcraft is the lack of a proper linear narrative for the player to experience. Which is a shame given the immense amount of lore created for the game. In opening up the world for players to level in any zone they feel free to, that freedom has come at the expense of enjoying a proper campaign.

This is where Shadowlands comes in with new areas that you advance through in order, and with a story that goes along with it. Players will progress through different areas of the Shadowlands themselves before arriving at the endgame area known as The Maw and choosing a Covenant and can enjoy a full narrative campaign in the process.

Mass improvements to getting end-game gear 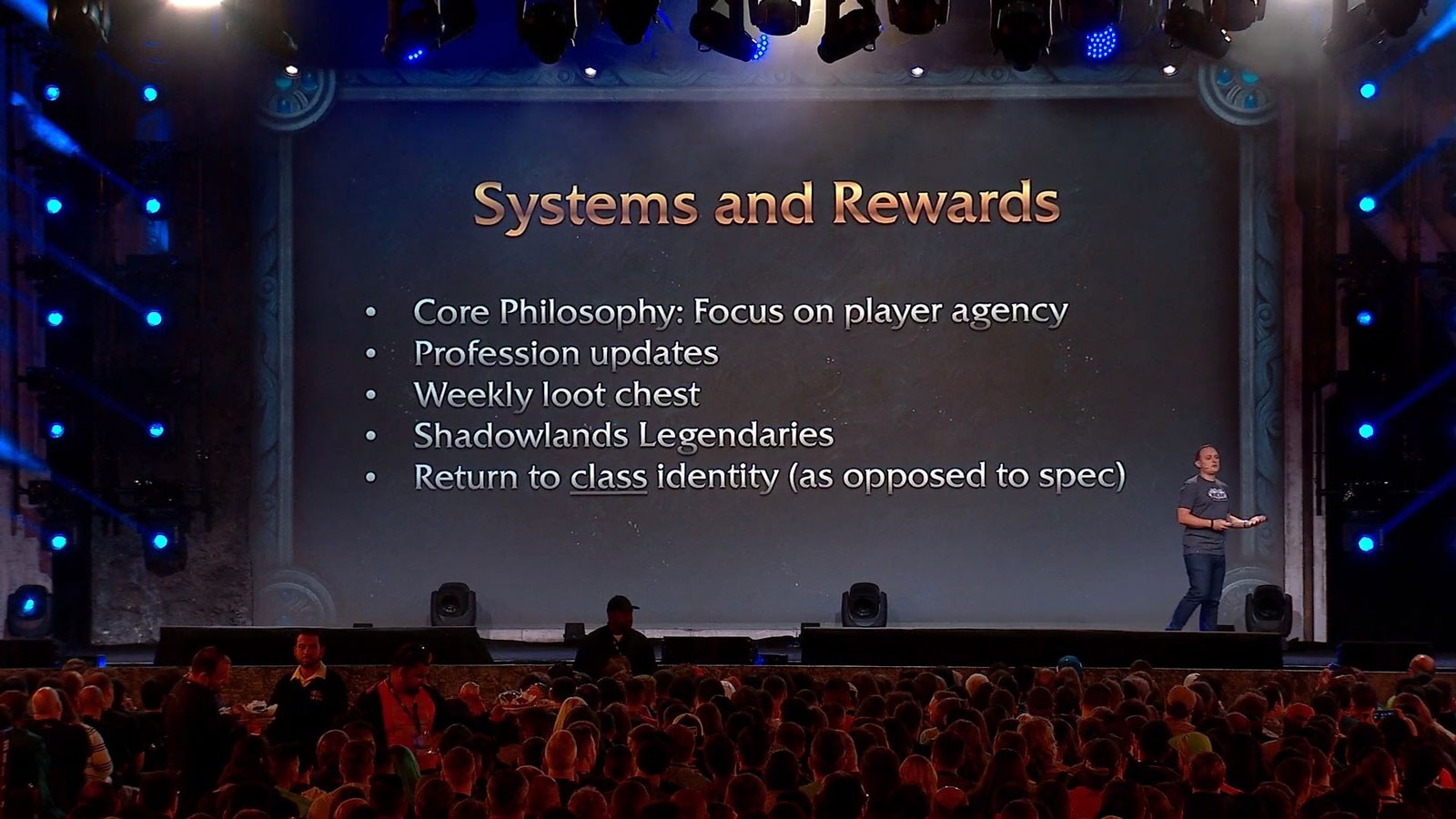 Some examples of gear changes coming to Shadowlands
[ad name=”article4″]

Your gear. It’s what you’re working towards when you log in day-after-day. In shifting to a greater focus on player agency, it appears that Blizzard is doing away with less randomly generated gear and are giving the players more options. This includes being able to forge more legendary items instead of getting them randomly in BFA.

In addition, Blizzard wants professions to be more useful in determining end-game gear, so now there’s an option to determine what stats your crafted item will have. Players will also have options in their weekly loot chest, instead of just being assigned a single item.

Any race can be a death knight 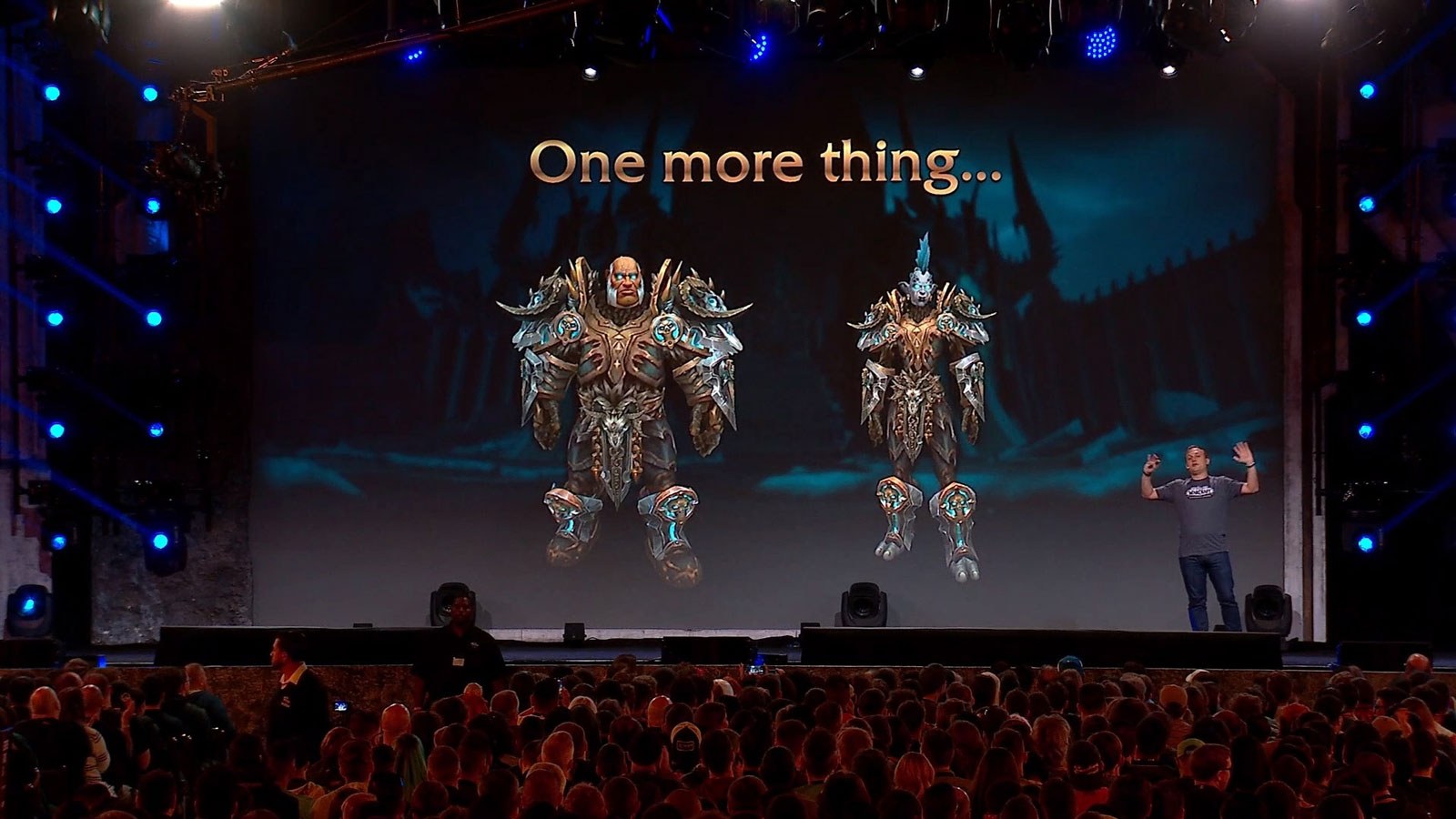 Death Knights are also getting a new starting zone and will start at level one like the other classes. Finally, the Pandaren Death Knight will become a reality.