Blizzard are handing out punishments to World of Warcraft Classic players who used an exploit in order to farm dungeons and raids more effectively.

A repeatable bug was allowing players to exploit the game’s layering system in order to respawn bosses within instances, enabling them to kill them repeatedly for increased loot.

Blizzard have now announced that they have fixed the bug and are deploying the update worldwide. They also stated, however, that any players who deliberately abused the bug will be identified and be issued with an appropriate punishment.

It appears those punishments are beginning to be rolled out, with u/DingoCrazy revealing an email in which Blizzard state that the account in question will be suspended for one month, and any items obtained through the exploit removed. 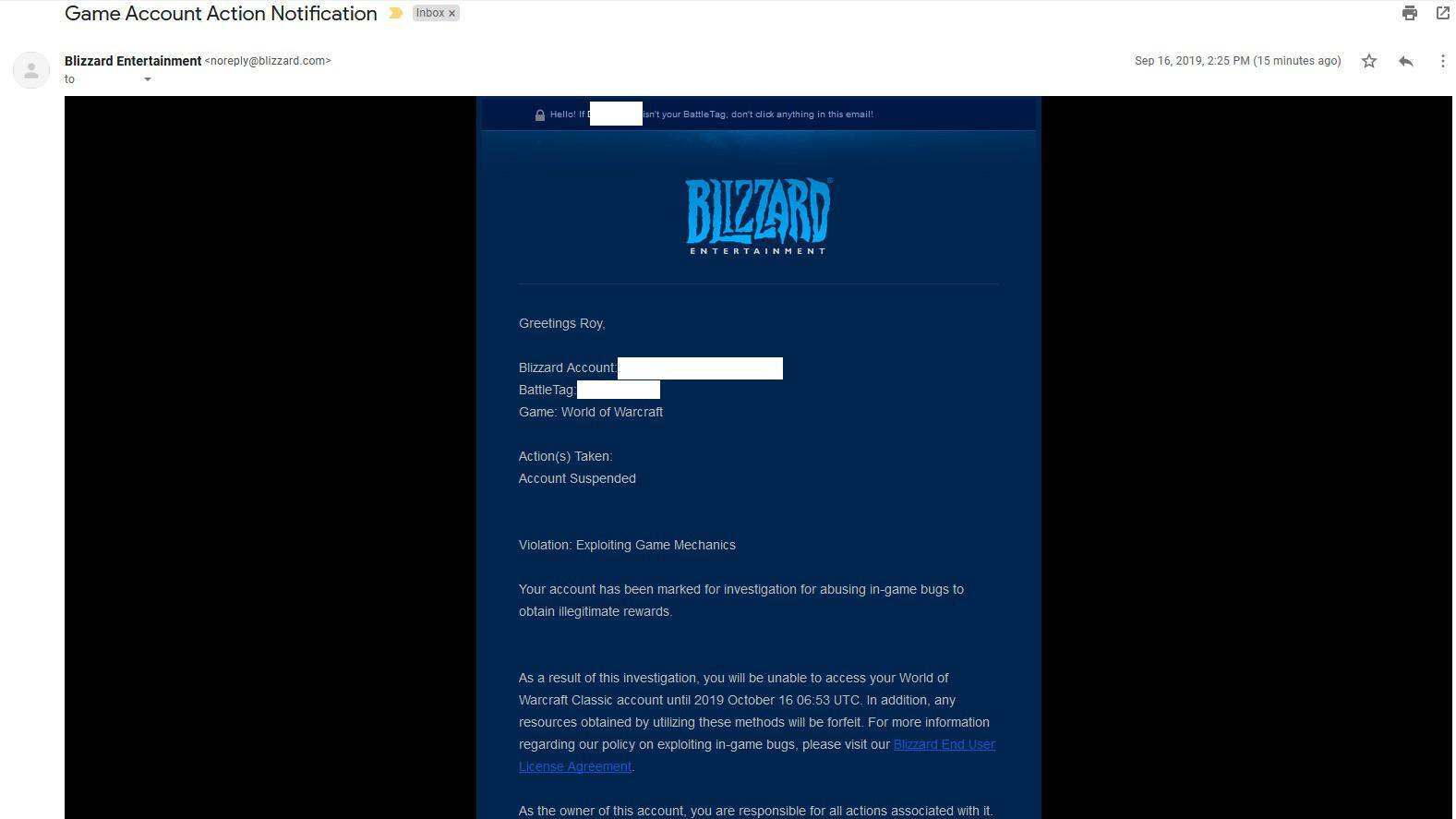 Community Manager Lore also took to the forums to explain how Blizzard determine whether players should be punished for benefitting from bugs, stating that they consider whether the players in question had to perform specific actions to deliberately cause the bug, and whether they did so with the intention of benefitting from it.

“This recent glitch makes a pretty clean example. The players who were abusing it had to do some Very Weird Stuff to cause it to occur, and then did so repeatedly. No reasonable person would expect that this behavior was intended, and the players involved had to go out of their way to cause it. It’s obviously unintended, it’s obviously a glitch, and the people who abused it were obviously exploiting said glitch for their own benefit. That’s pretty open and shut.”

Lore does note, however, that players who unintentionally benefited from a bug beyond their control will not be punished.

Some players were deliberately using the bug to collect extra loot.
[ad name=”article4″]

One prominent example was streamer Esfand, whose guild entered the Molten Core raid to discover it had been reset prior to the weekly lockout ending. In their case, they actually checked with Blizzard before completing the raid, although anyone else who experienced such a bug without taking deliberate steps to produce it shouldn’t have to worry about their account.

Players have been known to “exploit” the layering system out in the world by deliberately jumping between layers in order to more quickly farm enemies for experience or loot, but it seems Blizzard consider this tactic legitimate as it uses an intended game mechanic rather than a bug.

It is worth noting, though, that Blizzard will punish deliberate exploits retroactively, so if you discover a way of abusing a bug, doing so may well come back to bite you.