World of Warcraft streaming star Daniel ‘Jokerd’ Gobey has explained why he, controversially, decided to ‘ninja’ loot from a raid on his non-native server.

With the release of WoW Classic, Jokerd exploded in popularity on Twitch, becoming the first player to reach level 60 – while also maintaining a high level of mystique by not using a face-cam.

As the game boomed, so did he, eventually revealing his face in front of thousands of live viewers – and over 320,000 who have since seen the highlight clip. However, he’s found himself under fire for ‘ninja’ing’ a powerful and rare piece of loot –  a Staff of Dominance – during the Molten Core raid on his non-native server.

In fact, the controversy has gone so far that Jokerd found himself suspended from the Method stream team for “offensive” actions – but ‘ninja’ing’ the loot is still not something he regrets. 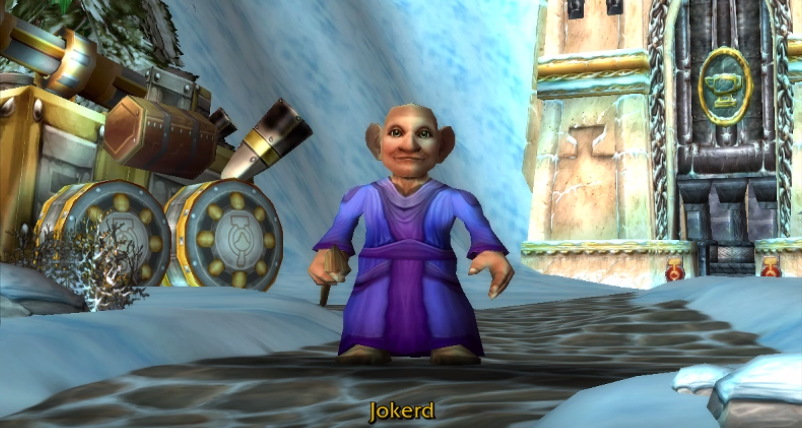 Jokerd rose to fame as the first WoW Classic player to hit max-level.

During his November 14 stream, the streamer explained why he decided to do what he did – but noted, repeatedly, that he wasn’t looking to justify his actions.

He continued on: “So, I just took the item, straight up. Straight up, shameless, took it. That’s all that happened. I’m not going to try to justify it dude.”

While the majority in the WoW community have been on his back, not everyone has taken aim at Jokerd for picking up the loot.

Fellow streamer Asmongold stepped to his defense and claimed that it was a part of the game, even though plenty of people would disagree with his stance.

As for any further repercussions, it’s unknown if Jokerd will face any other consequences for stealing the Staff of Dominance from the other players.

He has, since, agreed upon a departure from Method and hasn’t spoken about his next steps, so it remains to be seen if he’ll be joining another team or flying solo.