Some fans disrupted a World of Warcraft Shadowlands question and answer panel at BlizzCon 2019 to voice their support of Hong Kong.

After appearing to have his question answered by the game’s developers, the BlizzCon attendee proceede to say, “Free Hong Kong, the revolution of our times”.

The phrase has been used by Hong Kong protesters and, most notably, by Hearthstone pro Wai Chung ‘blitzchung’ Ng. Blitzchung received international media attention after he was suspended for one year for wearing a gas mask and saying the phrase on-stream.

Immediately after the fan’s remarks at Blizzcon, before the very next person could even ask their question, another young fan, identified as Matan Evenoff, started chanting “Free Hong Kong” and marched towards the camera.

Matan Evenoff notably tricked the NBA into showing his pro-Hong Kong message on camera at basketball game in October.

In a surprise twist, the host proceeded to let the young fan have the microphone and skipped over the fan who was trying to get a word in. “You have a question, mate?” the host asked the child.

I came to #BlizzCon19 to make a point! My point has been proven! I ran up on the Q&A panel (World of Warcraft) and Yelled, “FREE HONG KONG!” Now remember, to keep fighting for basic human rights! #hongkong #blizzcon #BoycottBlizzard pic.twitter.com/z6M4VVpCnB

“Yeah, free Hong Kong,” he said while the cameras remained locked on the developers.

Blizzard was met with a heavy backlash for deciding to suspend Bliztchung after saying the divisive phrase of “Liberate Hong Kong”. They later ended up reducing the suspension to six months and awarding him his prize money. 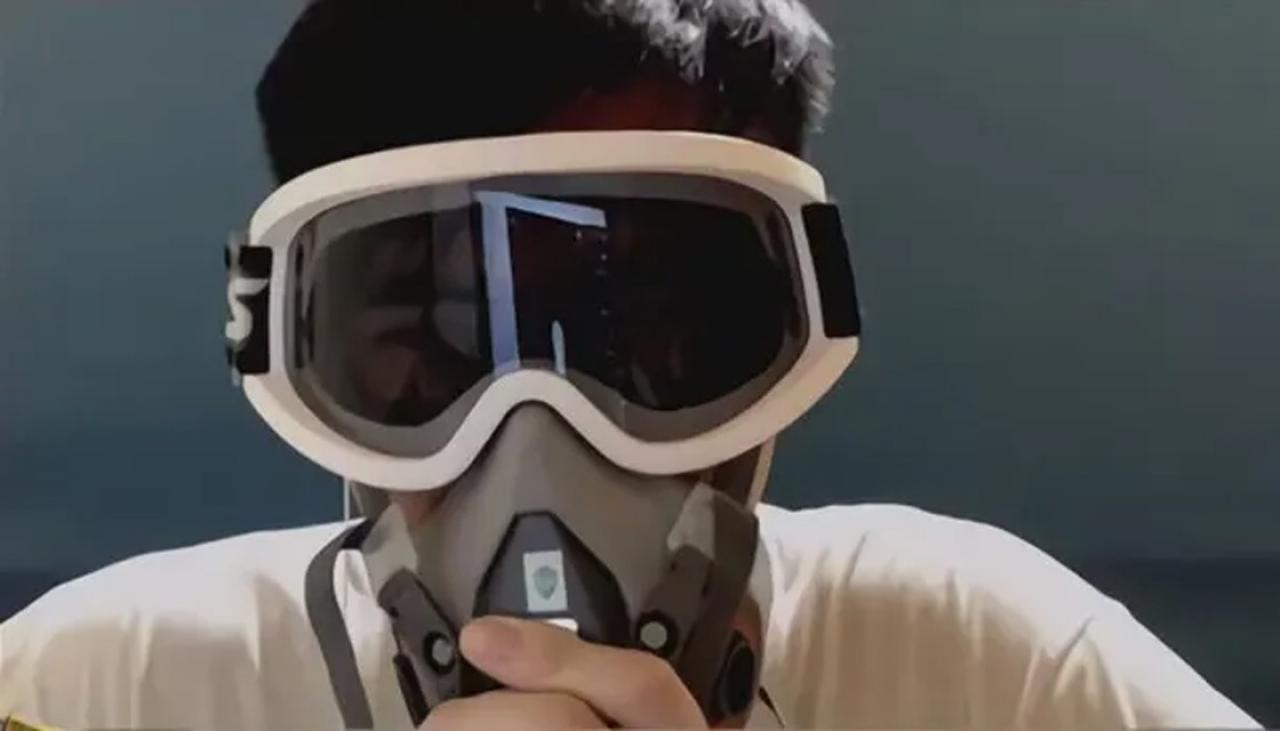 Blitzchung wore a gas mask during his post-game interview in support of the Hong Kong protesters.

To begin BlizzCon 2019, Blizzard President J. Allen Brack addressed the scandal and explained that the company “moved too quickly” with their punishments for the player.

Despite Blizzard trying to right the scandal, many, still see Blizzard’s initial reaction as them siding with communist China instead of the people of Hong Kong.

Protesters have also been handing out pro-Hong Kong pamphlets outside of the entrance to BlizzCon detailing information about why the protests are happening and Blizzard’s perceived censorship.

Protestors are passing these out outside the entrance. The back explains why. #BlizzCon19 pic.twitter.com/PJIFHVJeOv

Deciding not to show the youngster who interrupted the panel is nothing new. In live sports, for instance, the camera will cut away if a fan runs onto the field. This is done to discourage copycats and to avoid giving streakers a platform.

Still, letting the kid have the microphone to voice his support of Hong Kong was an interesting touch. It’s unclear if Blizzard employees were trained to act in this manner in the event of pro-Hong Kong demonstrations at the event.