World of Warcraft Classic has launched to enormous success, with so many people trying to play on day one that Blizzard have already had to launch new servers, and one of the first priorities for many players will be to install addons to customize their experience.

While some purists may want to experience WoW Classic in its default state, many players will use at least some basic addons, as has been the case throughout World of Warcraft’s lifespan.

Exactly how much you want to augment the default game is up to you – some addons provide basic tools that aren’t otherwise available, like damage meters, or allow customization of the user interface.

Meanwhile, others will offer some of the more modern conveniences of retail WoW that wouldn’t otherwise be available in Classic, such as marking quest locations on the map, or even go further and guide you through the most efficient path.

While there are so many possible addons that it would be fruitless to document them all – especially as many are more or less useful depending on the class you play or the professions you’ve picked – we’ve selected some of the addons that might appeal to any player.

Here’s a look at some of the most popular and useful addons currently available for WoW Classic that you might want to install. Some are available via Twitch, but links will be provided to those that need to be manually installed. New players can learn how to install addons with both methods using our addon installation guide.

WoW Classic has been enormously popular at its launch.

There are a variety of addons that are designed to improve the default user interface or provide useful tools that don’t come as standard. While the options for addons like this are myriad and can get very complex if that’s what you’re looking for, these are some of the more standard options that are popular with a lot of players and don’t require lots of effort for basic configuration.

There are a lot of ways to customize your UI, especially if you’re willing to spend a lot of time getting everything just right, but one of the quickest way to upgrade the default interface is Bartender, which gives you a lot more customization and control over your all-important action bars without requiring much set-up.

One of the major features that World of Warcraft lacks by default is a way of seeing exactly how much damage or healing you and your group is doing.

As in retail WoW, the two go-to options for damage and healing meters are Recount and Details!, both of which offer all the information and customization you could want in a clear and unobtrusive table. Which you choose is largely a case of preference. 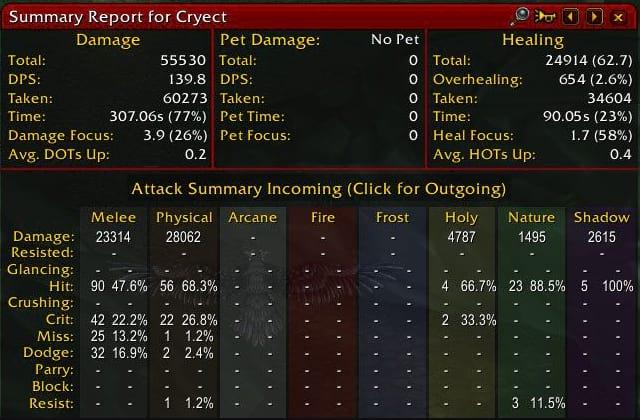 For those that aren’t a fan of the default maps in World of Warcraft, the Atlas World Map upgrades them to a more detailed version that better captures the features and environmental differences between zones.

Atlas World Map does remove the need for players to “discover” new areas in order to be able to see those sections of the map, but it doesn’t offer any additional assistance beyond clarity – whether that’s a simple convenience or takes away from the true Classic experience is for you to decide. 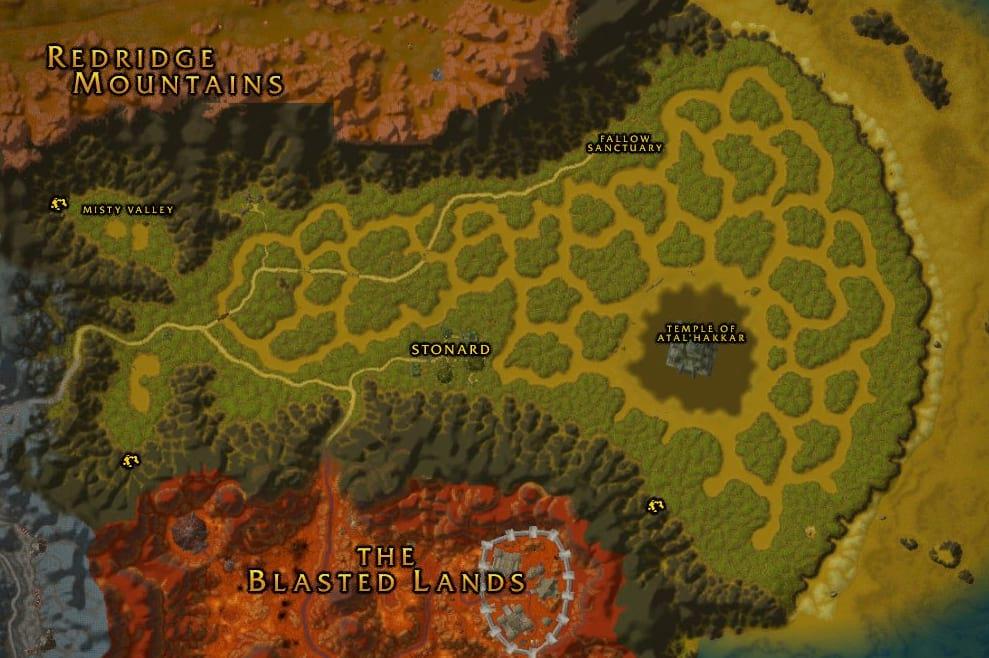 The Atlas World Map gives you an improved map to work with.

The default bags in World of Warcraft can be a bit cumbersome at the best of times, and in Classic you’re likely to have less space and more items.

To save you from searching through multiple bags trying to find the items you’re looking for, OneBag3 and Bagnon are designed to unify your bags into a single space with more options and tools for organization.

At the time of writing, Bagnon is unfortunately out of date and doesn’t actually work, so it’s worth grabbing OneBag3 for the time being, but if you’ve used Bagnon in retail and would prefer it, you can keep an eye out for an update on the Twitch app.

Anyone playing WoW should seriously consider Vendor Price, which lists the amount that each item will sell for to a vendor. It sounds simple, because it is, but it can also be crucial to help decide what to hang on to and what to get rid of while out questing.

Addons that assist in the levelling process, especially those designed make questing easier or more efficient, are very much in the category of altering the standard Classic experience such that those who really want to play the game as it was originally designed will want to stay away from them.

That being said, for some players levelling is little more than a chore that must be completed in order to unlock the end-game content they’re really interest in. If you’re looking to hit 60 as quickly and easily as possible, these addons may help.

Questie is designed to add many of the features that retail WoW boasts to make finding and completing quests easier, giving players markers on the map showing where they can start and complete quests, as well as identifying where you need to go to find and complete the objectives.

While it’s not quite a quest guide, Questie will help cut down on time spent looking for available quests and then scanning the quest log to figure out exactly where you need to go and what you need to do when you get there, making life easier for those that want to charge through content more quickly. 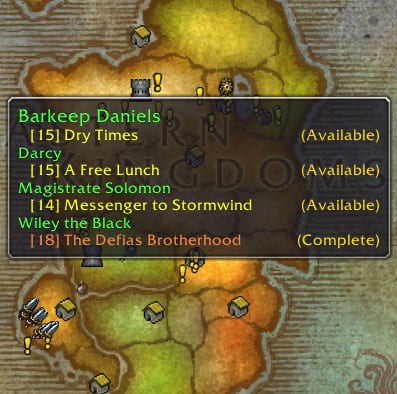 Questie offers many of the questing conveniences that players have gotten used to in retail WoW.

For those who want to put the absolute minimum thought into levelling their character, Azeroth Auto-Pilot goes one step further and gives you a step-by-step guide to the most efficient levelling route, including which quests to pick up, which zones to level through, and even giving you an arrow pointing in the direction you should be travelling to reach the next objective.

While most players will likely want to experience WoW Classic with a bit more interaction, at least the first time around, if you find yourself levelling multiple characters you may find that the assistance provided by Azeroth Auto-Pilot eases the grind from time to time, especially if you’re only levelling an alt for the purpose of using it for end-game content. 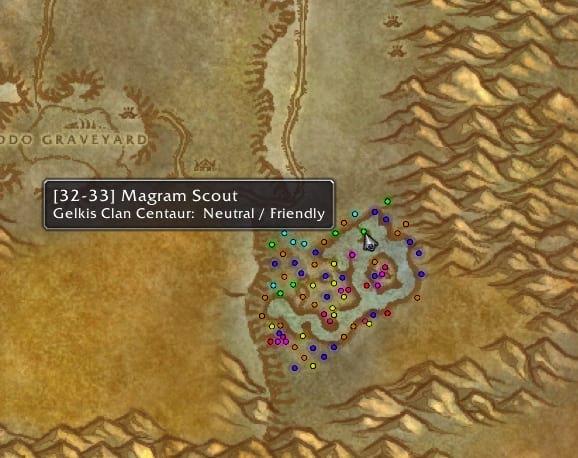 Azeroth Auto-Pilot streamlines the levelling experience for those who want it to be as easy as possible.

Looting is another important aspect of WoW Classic, with the ability to acquire new items such as armor and equipment adding more powerful tools to your belt as you grind through quests.

For players who want to make cash through professions, Gatherer is a must-have. After installation, it tracks the locations of all gathered materials on your map, so you can go back later and harvest without having to search around again. If you’re looking to load up on materials quick, this add-on can be a lifesaver.

If you haven’t already, you should go into your interface options and check off Auto Loot, then you should download Faster Looting – which makes gathering loot off of your vanquished foes even quicker

AtlasLoot Classic provides a database which reveals where players can find different loot items across the game, and the chances of it dropping when you get there. This mod can be the perfect way to make new plans, find your next much-needed upgrade, and decide whether it’s worth chasing an item if the drop rate is deemed to be too low. 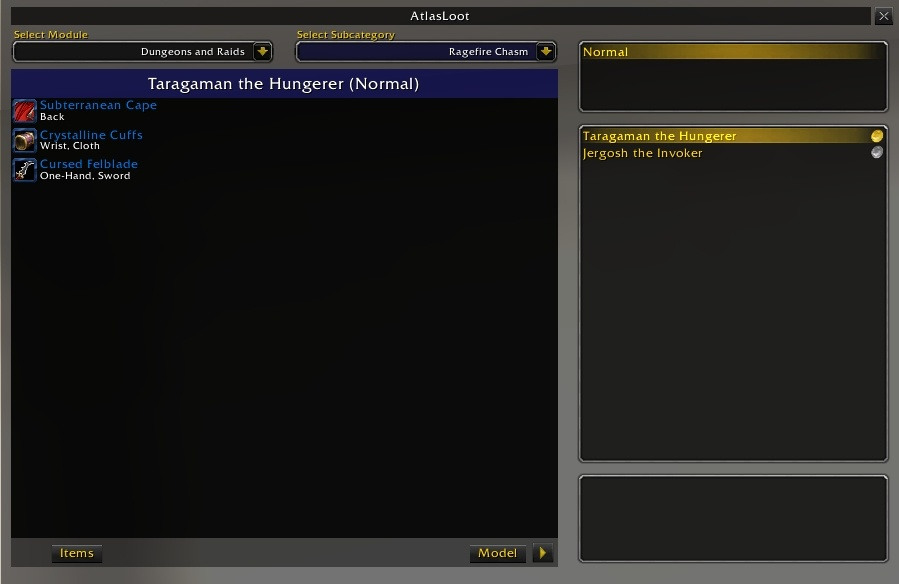 Whether you’re a casual player simply hoping to die a little less often, or you’re looking to be as effective as possible in raids and PvP, there are a variety of addons that will make both staying alive and pumping out as much damage or healing as possible a bit easier.

Rule one of almost any MMO is “don’t stand in the fire” – or any other avoidable source of damage for that matter – and to help you avoid doing so there are few more effective tools than GTFO, which will simply warn you rather loudly whenever you’re taking unnecessary environmental damage.

This is particularly useful for hectic boss fights with a lot of things to concentrate on, or players who play on low graphics settings where distinguishing the danger might be a little more difficult. No matter who you are, though, GTFO is likely to save you from some unnecessary deaths over your Warcraft career.

If you’re looking to make Dungeons and Raids easier, there are few more useful addons than DeadlyBossMods. Forget memorizing boss mechanics, DBM will guide you through encounters with warnings for upcoming abilities and even pointers on how to respond.

This is another one that’s right up there on the assistance scale, but when faced with the frustration of multiple wipes in raids and dungeons because you can’t quite get the mechanics down, it can quite literally be a life-saver. 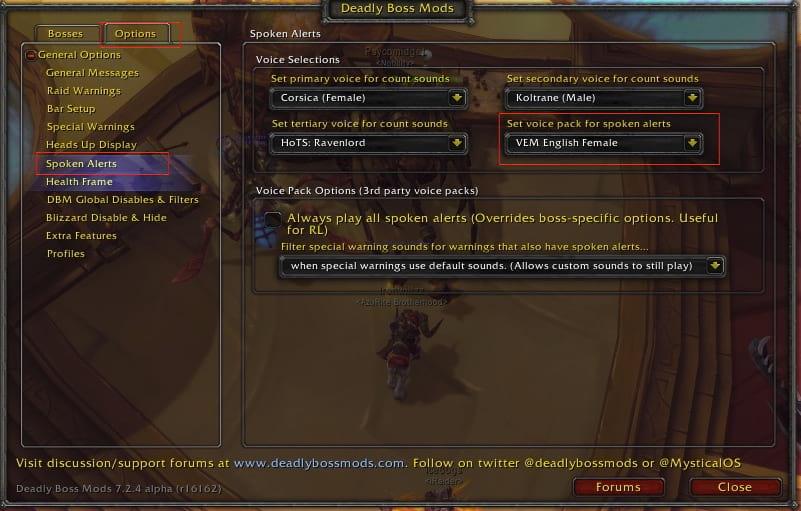 DeadlyBossMods even lets you customize the types of warnings you get for different abilities.

WeakAuras is a highly-customizable addon that allows players to create graphics and other indicators for buffs, debuffs, and a variety of other relevant information. In retail WoW, WeakAuras has been a staple for high-end raiders for some time, and anyone who’s already familiar with the addon will be pleased to hear it’s supporting Classic as well.

WeakAuras is an enormously powerful tool, but isn’t the simplest of addons for beginners, so it may not be necessary unless you’re really trying to maximize your effectiveness, or get everything set up just right for a complicated boss fight.