Valorant Episode 2 has just dropped and there’s already a new patch for fans to sink their teeth into. This update sees Jett’s smokes get nerfed, as well as some significant changes to Split.

It’s safe to say that Valorant episode 2 has already been full of surprises, but Riot have given us yet another little shock by dropping a new patch.

Patch 2.01’s main highlights deal with Jett’s smokes, whose duration have now been dropped from 7s to 4.5s in order to help the devs continue adjusting the Controller role. T

hey’ve also fixed the glitch where Omen’s reforming VFX didn’t line up with where he actually appeared when using Shrouded Step, as well as the infamous buyback bug.

The most significant changes are to Split though, the city based map that can be heaven for some players and hell for others. Several landscape changes have been made to make the map a little bit more fair. 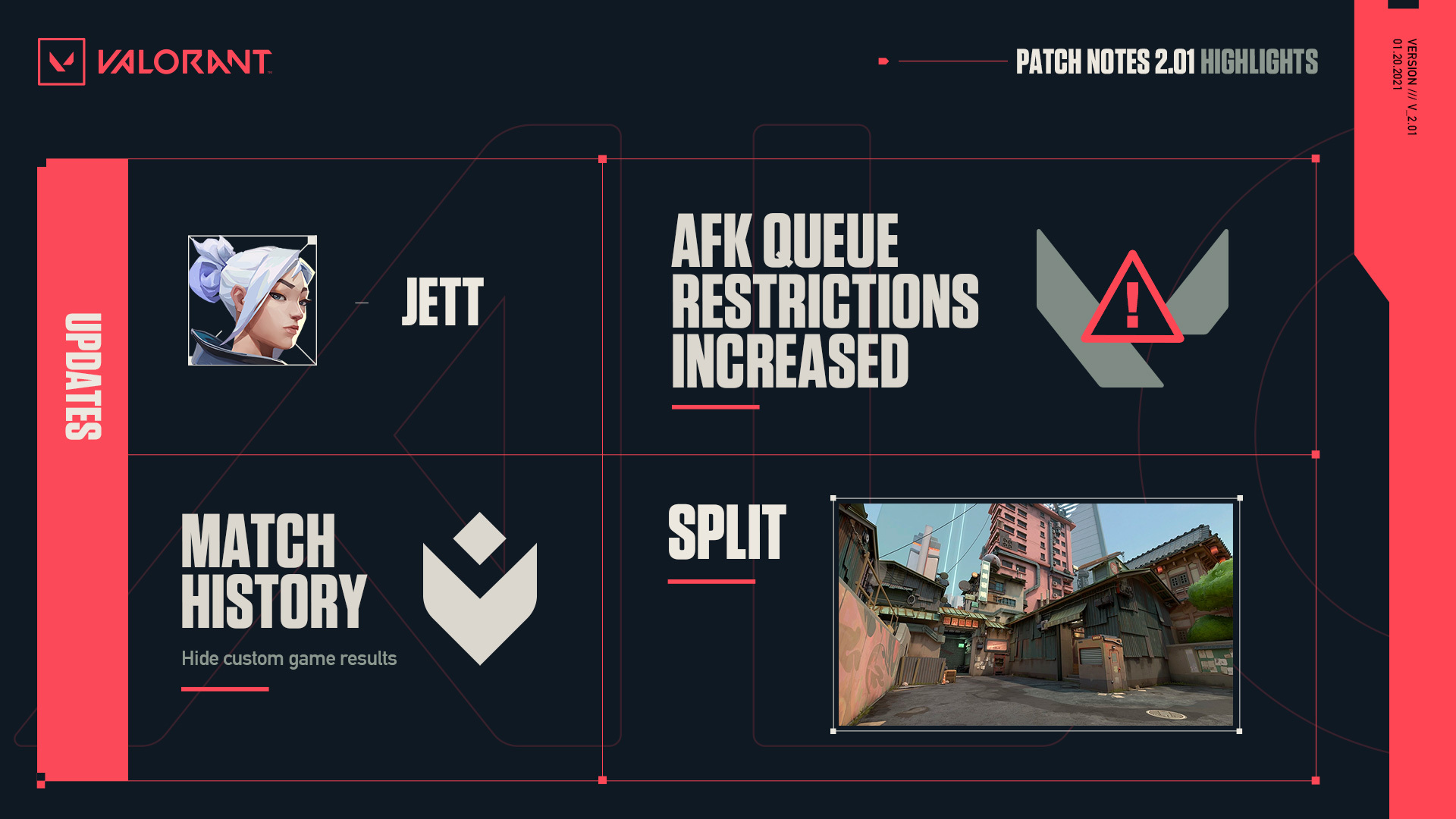 In a continuation of the Controller changes from Patch 2.0, we felt it was important to consider Jett’s smokes as well. In Patch 1.0, we increased Jett’s smoke duration to 7 seconds (from the then 4 seconds), and we are partially undoing that now. We’ve found that the result of that change was that Jett became a substitute for the Controller role, and reasonably aggressive teams could make use of her Cloudburst smokes to quickly take space without relying on a dedicated Controller. This is part of a pattern of Duelists superseding more utility-focused Agents that we will continue to look at in the future. It’s important that Jett can use her smokes to create temporary windows for the high action plays that define her style, but those windows need to be brief enough to ensure that Controllers are where teams look for team-focused vision blocking.

This Split update is focused around improving attacker options on the map, as well as reducing 50/50 checks, the depth of certain corners, and opening specific areas on the map by increasing chokepoint widths.

Increased the width of the B Main doorway

On top of the changes to B Main, there is an additional trash pile placed in the corner to prevent defenders from hiding in too deep a nook

Increased the width of the Vent Room entrance

Added a sloped wall in the Vent Room, which removes a 50/50 check when entering Vents from Mid

Adjusted wall depth near Screens, which allows you to move out of Screens more safely without the use of utility