How to play Jett: Valorant’s most agile Duelist Agent

Jett is Valorant’s Korean Duelist, who works best with the wind in her sails. If you love to push the boundaries and play aggressively, Jett’s kit is perfect for you. Here’s how you can make the most of it.

Jett is all about agility. Having the capability to take the fight head-on and evade returning fire puts her in a class of her own — aside from maybe Reyna.

No other character has this ability to traverse the map like Jett either. But what is it about Jett that gives her the edge over other Agents in the server? Here’s our breakdown of Valorant’s nimble Korean Agent. 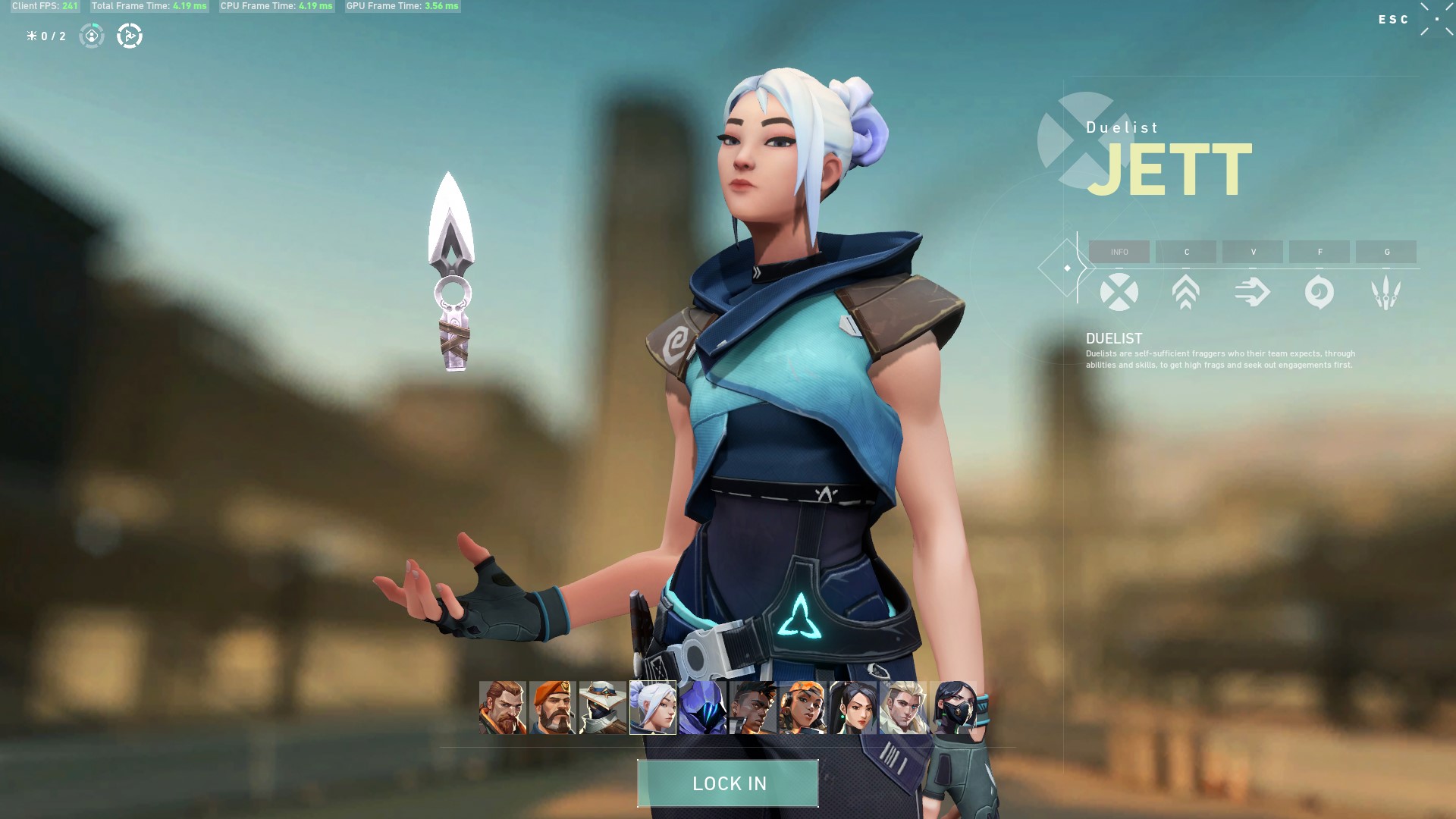 Right off the bat, it’s evident that Jett’s abilities sport an evasive fighting style. With the power to run circles around her foes in the blink of an eye, let’s take a look at the Duelist’s ability set:

With two movement abilities in her kit, and a passive that allows her to float on air, you can get into some pretty funky positions without enemies realizing. Then you can either use your guns or your Blade Storm to take them out, and throw out a Cloudburst to get away with ease.

Jett’s movement sets her apart from other Valorant Agents.

Jett’s playstyle largely revolves around her Updraft and Tailwind abilities, which when combined make her an extremely agile Agent. The Signature Ability will refresh every round, while Updraft will only set you back 100 Creds.

The Updraft Ability comes with two charges, and Tailwind only comes with one charge, so you’ll have to be incredibly savvy about how you deploy each ability. However, if you use them effectively, you can get a charge of Tailwind back after two frags.

If you’re all about taking the fight to your opposite number, then combining both Updraft and Tailwind will often give you an edge. If you find yourself in a tight spot and want to avoid being traded by an enemy, you can hightail out of there with both of these abilities.

Over the course of Valorant’s short history, Jett has become the game’s designated Operator user as well. This is because she can take aggressive peeks, grab a frag, and dash to safety. Although this has progressively been nerfed, it’s still the ideal way to play Jett.

Jett’s Blade Storm is also the perfect tool to help stabilize teams’ economies. If you take Blade Storm into a round, you can choose to just not buy guns, kill an enemy, and pick up theirs instead. Given Blade Storm is a one-shot headshot at all ranges, and 50 damage to any other part of the body, it’s good in all situations.

Finally, when it comes to Jett’s Cloudbursts, they’re typically used to hide an escape than to smoke off a site. You can use them to create one-ways though by throwing them against a wall, giving you an extra advantage in those duels Jett already excels in.

Jett and the Operator are a match made in heaven!

Jett certainly lives up to her ‘Duelist’ title given how she compliments a more aggressive playstyle. You don’t have to worry about pushing up in a coordinated effort — Jett can break through barriers with ease with her movement.

This does mean you need to be willing to be on the front lines and take the bullet. However, if you back yourself, you can keep the pressure high and force the enemies to play around you.

So if you prefer to adopt a more gung-ho style of play while being able to run rings around your opposite number, Jett is the perfect Agent for you. While it might be tricky to learn all of her abilities at first, practicing different combinations will allow you to traverse the map in ways that others can’t!