Diego Luna is preparing to reprise his Cassian Andor role as filming for the Star Wars: Rogue One spin-off series approaches.

Following the massive success of The Mandalorian, Disney are looking towards more Star Wars spin-off shows for their streaming service, including long-awaited series based on the characters Obi-Wan Kenobi and Cassian Andor.

Luna first appeared as Cassian Andor in 2016’s Rogue One: A Star Wars Story, although his character was killed off at the end of the movie. The upcoming Disney+ spin-off series is expected to be a prequel story, which will be set five years before the events of Rogue One. 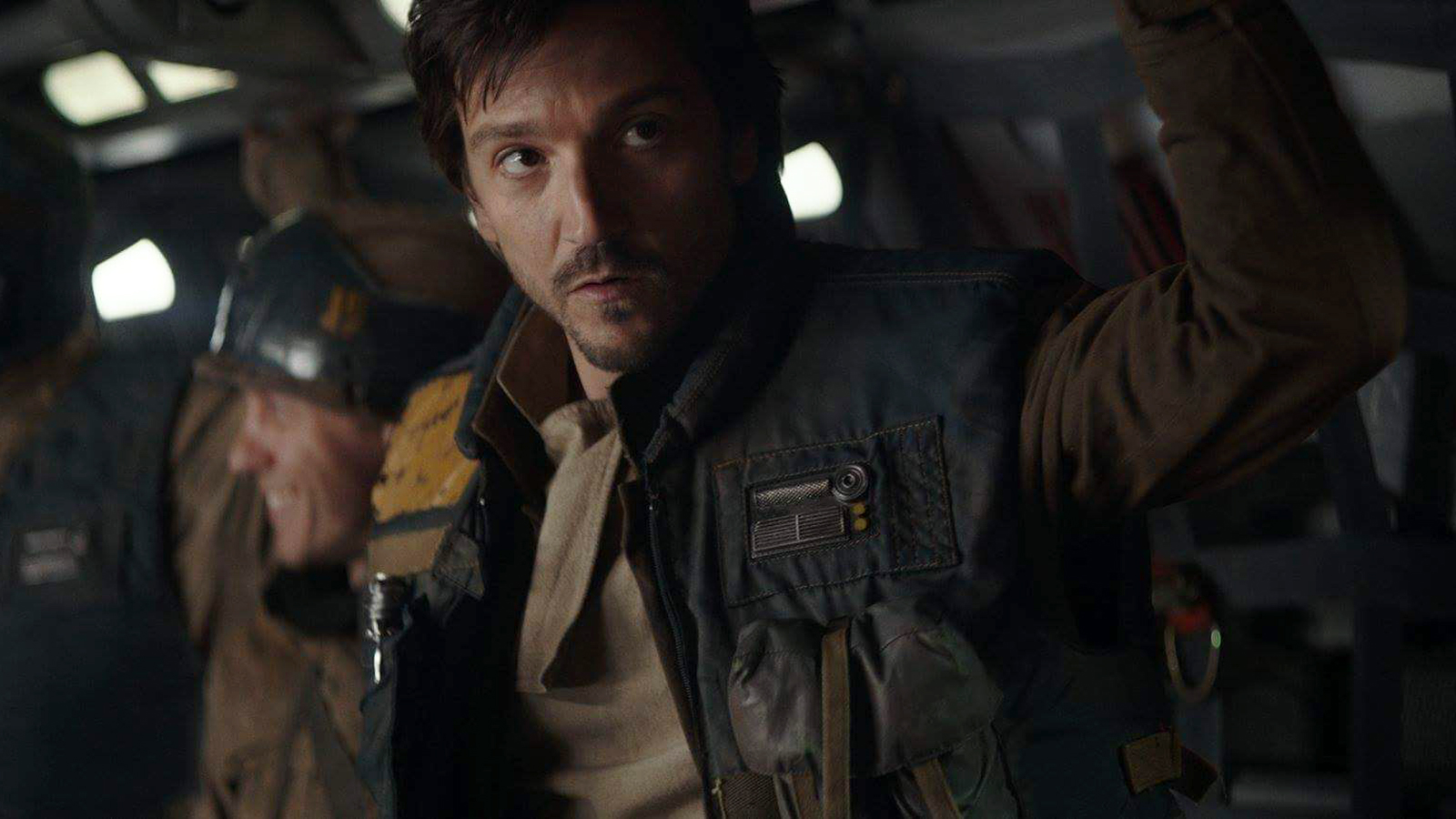 The show, which has been described as a “spy thriller” by Disney and will also see the return of droid K-2SO (Alan Tudyk), was first announced two years ago, although things have been pretty quiet since then.

Filming was supposed to start in June 2020, but that was pushed back due to script rewrites and issues caused by the ongoing global health crisis, like many other big Hollywood projects.

But a new update from Luna has provided hope for fans. In a video shared on Twitter, the actor says (in Spanish) that he’s currently in London preparing to once again step into the role of Cassian Andor, and that filming will begin soon.

DIEGO LUNA IS GETTING READY TO START FILMING THE CASSIAN SERIES pic.twitter.com/qJBqUpB6NE

Fans are understandably excited about the news, with one writing on Reddit, “I’m so freaking hyped for this show. I love Cassian and this will always be my favorite time period of Star Wars.” Another joked, “This and Kenobi are why I’m still subscribed [to Disney+].”

Details around the series are being kept under wraps, but we’ve had some exciting cast announcements this year. Stellan Skarsgård, Kyle Soller and Adria Arjona are all joining the show in currently-unknown roles. We also know Black Mirror’s Toby Haynes will direct the first three episodes.

Cassian Andor isn’t the only character from the Star Wars universe who’s getting their own Disney+ spin-off series. We’ve also got an Obi-Wan Kenobi series, an untitled female-led series, and the animated Star Wars: The Bad Batch series to look forward to.

In the meantime, you can catch new episodes of The Mandalorian Season 2 on Disney+ every Friday.

Clint Barton actor Jeremy Renner has shared the first photo from the set of his upcoming Disney+ series Hawkeye.

The new entry into the Marvel Cinematic Universe is expected to follow Avengers member Barton as he passes the Hawkeye mantle down to Kate Bishop, just like in the comics. Bishop hasn’t been cast, but it’s long been rumored that Hailee Steinfeld will take on the role.

Fans have speculated that the series will set up Bishop as a founding member of the Young Avengers, while a recent casting sheet appears to have revealed that the show is looking for a Chinese audiologist, which could mean Barton will lose his hearing as he did in the comics.

While all this speculation is great, fans have been eagerly awaiting something concrete to come out of production for the show, and it seems Renner has just given us our first-look photo from the Hawkeye set.

In a photo uploaded to Instagram Stories, Renner can be seen with fake cuts and bruises and a bloody nose. Production on the show was delayed because of you-know-what, but now it seems things are back on track.

Interestingly, Renner still has the mohawk and the scars on his face from the final battle of Avengers: Endgame, which adds further confirmation that the series will take place right after the MCU’s biggest villain, Thanos, was defeated.

Jeremy Renner will return as Hawkeye in the upcoming Disney+ series

When will Hawkeye be released on Disney+?

There’s no release date confirmed for Hawkeye yet, and given how long fans waited for a WandaVision release date, it could be a while before we get any official word. It’s likely that it will drop towards the end of 2021 or the beginning of 2022, though.

Hawkeye will join other upcoming Marvel series’ on the streaming service, including Falcon and the Winter Soldier, Loki, Ms. Marvel, She-Hulk, Moon Knight, and the fast-approaching WandaVision which debuts in January 2021.

While we wait for more information on the new Disney+ series, we’ve rounded up everything you need to know about Marvel’s Hawkeye including release date estimates, casting and plot details.