Currently, the only way to (sort of) get dark mode on your iOS device is to use the ‘smart invert’ feature – but it isn’t that ‘smart’. Rumors about iOS 13 though, indicate that a true, system wide, dark mode is coming.

Mac devices recently got their own dark mode with macOS Mojave, and so it would make sense that Apple want to roll this out to all mobile devices too.

A report from Bloomberg suggests that this system wide dark mode will work across all of the iPhone and iPad’s main apps (contacts, messages, settings etc.), but would also work with many third party applications too. 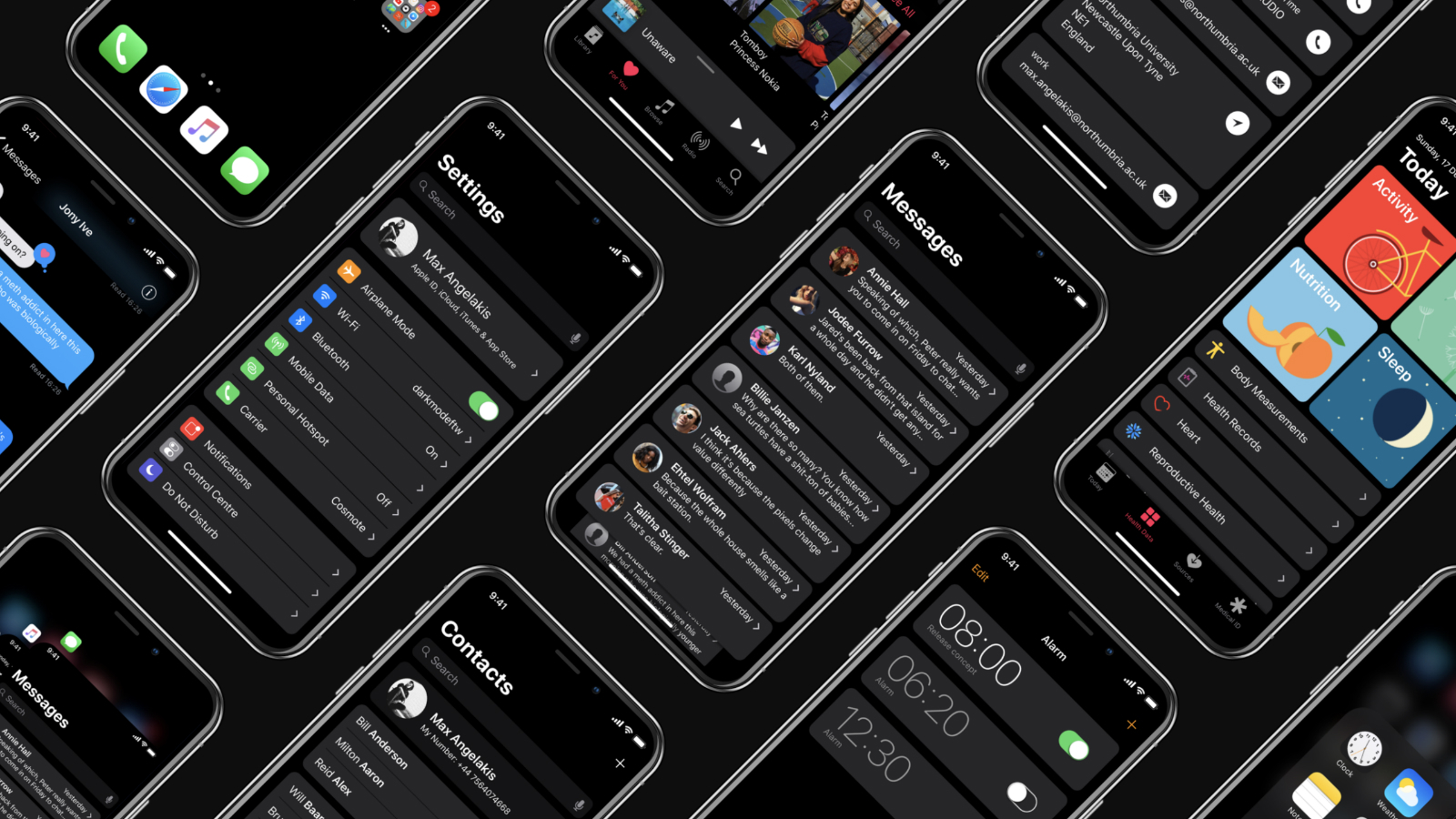 There are many apps which support their own dark mode, such as Twitter and YouTube, but this is not yet consolidated across every iOS application.

We know that the technology is there, as it is already being used with the Apple Watch, which uses the same OLED screen as iPhone and iPad.

As an added benefit, this dark mode could well save battery life too, as OLED screens require less power to display darker colors than brighter ones.

This concept for iOS 12, released last year, shows what dark mode could look like, at 0:56.

The dark mode may also operate similarly to the night shift feature, which users can set to turn on at specific times, to reduce the strain of staring at a bright screen.

Presumably, users will be able to opt for dark mode to run permanently, or alternatively turn on and off at predetermined time slots. 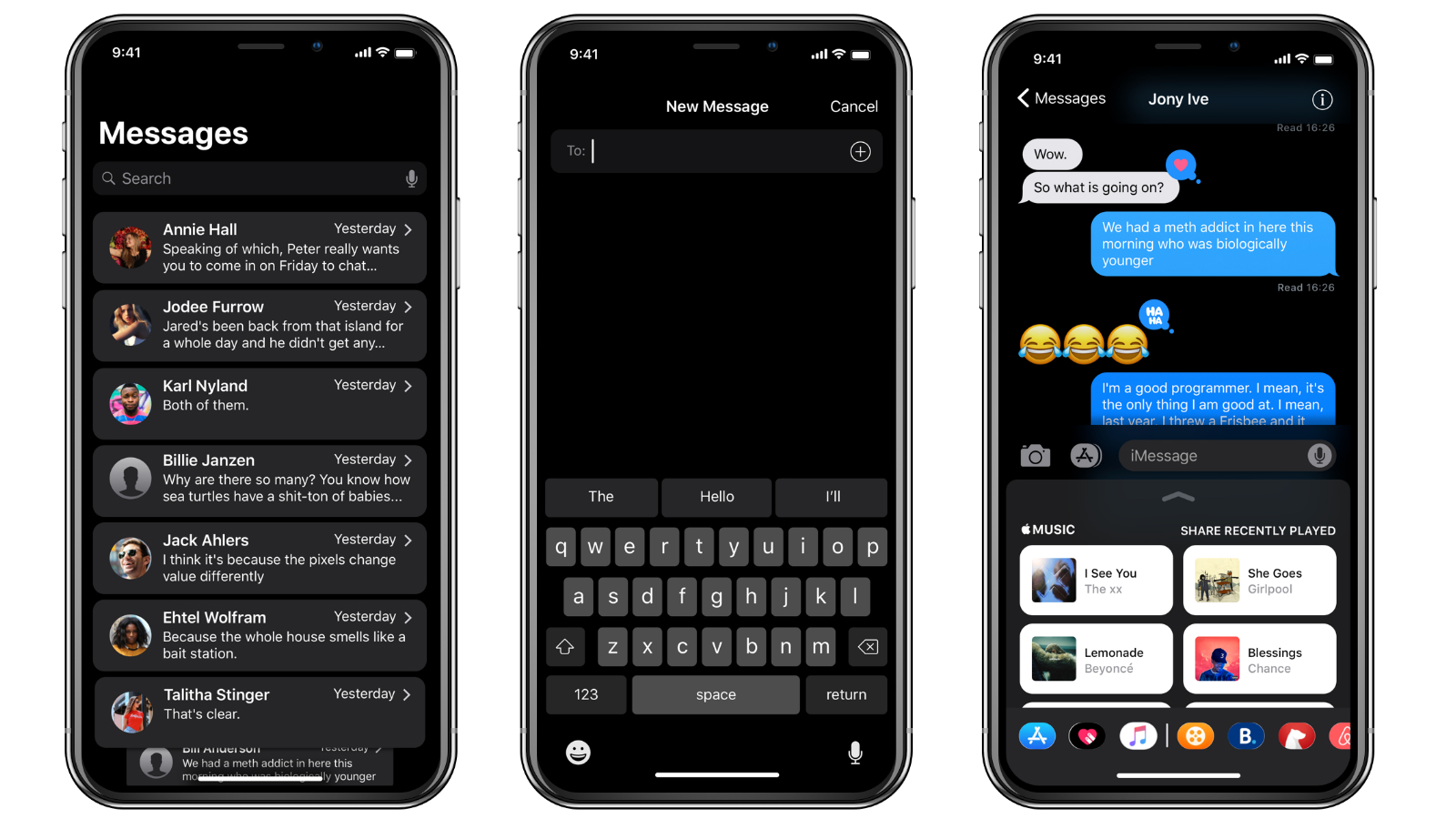 A dark mode concept for messages by Maximos Angelakis.
https://www.behance.net/gallery/60102055/iOS-Dark-Mode

We should hear more about the upcoming iOS 13, and the newest iPhone and iPad for that matter, sometime in 2019.