Super Smash Bros. Ultimate: How to unlock all the characters quickly - Dexerto
Smash

Super Smash Bros. Ultimate: How to unlock all the characters quickly

Super Smash Bros Ultimate was hyped to be the most expansive game in the series, and with the inclusion of all characters to ever appear in the series, players are going to want to know how to unlock them all to get playing right away.

When first booting up the game, new players will have a roster of eight characters ready to play (Mario, Donkey Kong, Link, Samus, Yoshi, Kirby, Fox, Pikachu), and will gradually add onto it as they make their way through the World of Light and Classic mode.

Unlocking all the characters how the game intended would take a staggering amount of time, but there’s a trick to that would exponentially cut that time to enjoy the complete roster much sooner.

After playing normal matches for about 10 minutes, you should run into your first challenger to fight against. Win or lose here, you’ll want to do a few specific things to speed up the process:

If you don’t beat the Challenger, the ‘Challenger’s Approach’ mode will appear in the ‘Games & More’ tab that will let you rematch them in the order they popped up. 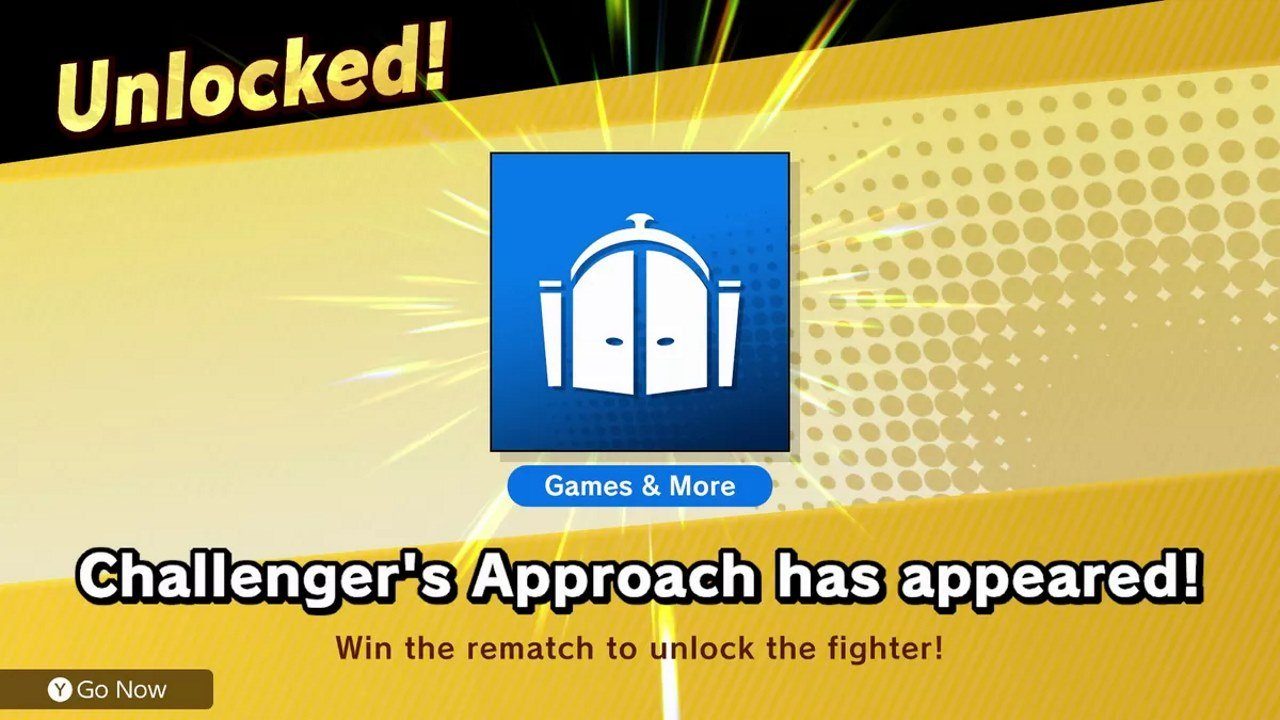 Don’t worry if you lose the match to unlock a character keep going with the method. Challenger’s Approach will let you rematch all lost matches for a new character.

If the method does NOT work for you, simply restart the game, go through one more 10-minute match and follow the instructions once more to reset the process.

The characters will unlock at random, but this technique would ensure that all characters could be unlocked in more than half the time.

The unlocked characters will not be available to play in World of Light, since it is a campaign of sorts and plays out as such.