Super Smash Bros player Jeffrey ‘Axe’ Williamson was left in complete shock as thousands of new subscribers flooded to his Twitch channel, after he picked up his first major tournament win.

While Smash Bros might not be the most lucrative of esports to compete in, its rabid fanbase and support means that players will always have a place to call home.

The support of that scene was in full effect on June 16 as Axe claimed his first major event victory at Smash Summit 8, with droves of viewers piling into his Twitch channel to subscribe to him in celebration. 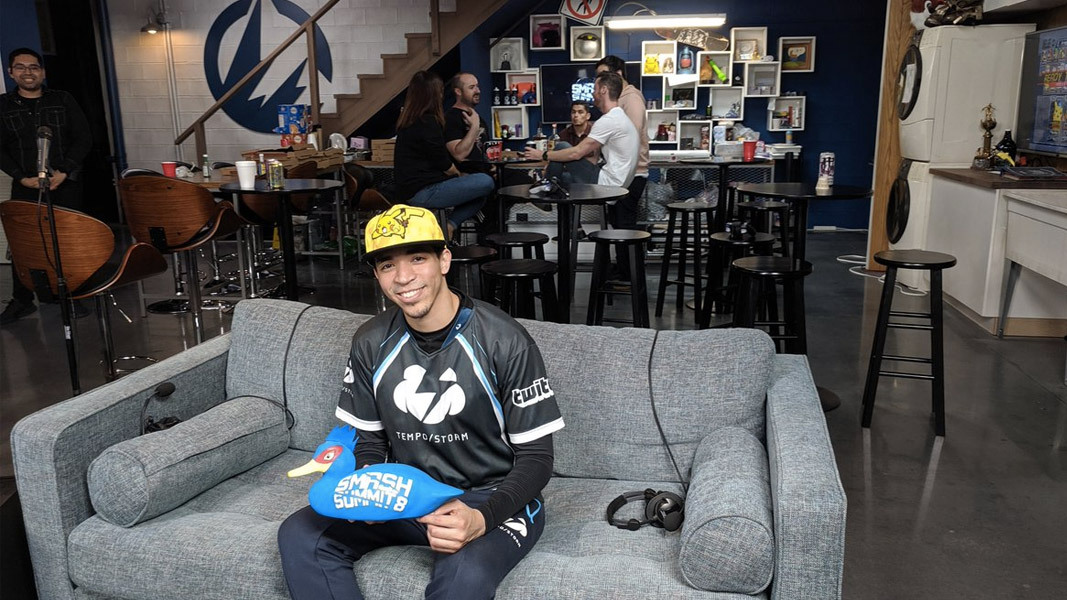 Axe is one of the most popular Smash pros around despite not having the success of other players.

The popular Smash pro had come close to securing his first major tournament win prior to Summit 8, but fell short with second-placed finishes at Genesis 6: Melee and Get on My Level 2019 earlier in the year.

Nevertheless, he made a stellar run at Summit, defeating legendary names like Mang0 and Leffen, before taking on WizzRobe in the grand final.

Despite the odds being stacked against him – mainly because he uses Pikachu instead of other, more powerful characters – the Tempo Storm star claimed victory over WizzRobe by knocking him off the stage to secure a 3-1 count after a bracket reset.

Yet, it wasn’t just his tournament success that he had to smile about on the night, as his Twitch channel immediately began blowing up with subscriptions and follows.

As he celebrated his win, the Tempo Storm player sat in front of his viewers, clearly overcome with the emotion of securing his first Major victory. As he broke down in tears and sat in silence, a smaller box showed a crowd going wild for him – chanting Pikachu’s name over and over.

Within an hour of his achievement, the popular Smash pro had racked up a few thousand new subscribers from the Twitch community.

While Axe was able to finally the get monkey off his back and move from a second-place finisher to tournament champion, he didn’t have any success in the spin-off doubles tournament.

He and his partner Masaya ‘aMSa’ Chikamoto finished tied 5th-6th, but that result clearly didn’t ruin a hugely successful weekend for Axe.