Professional Super Smash Bros. player Elliot ‘Ally’ Carroza-Oyarce has announced his retirement, after confessing he lied about having a relationship with fellow pro player Zack ‘CaptainZack’ Lauth, now 17, which he previously denied.

Ally, who has been competing in fighting games since as early as 2010, apologized for not earlier admitting to the relationship, claiming he was “really scared.”

Concluding his statement on July 3, the pro player said: “Because I feel like it’s the right thing to do, I am going to retire from Smash. Sorry to everyone I disappointed.

Sorry for the wait, I only got home yesterday night from CEO. Here are both my statements for everything that I had to address. I won't be active on Twitter and I'm retiring from Smash as of now. I'm extremely afraid but it has to be done. I'm really fucking sorry to everyone. pic.twitter.com/goxFbpRo3T

While the age difference has split opinion in the fighting game community, there is no suggestion that the relationship was illegal, with the age of consent being 16 in Ally’s native Canada, as well as Zack’s home state of Louisiana.

Initial claims about the secret relationship

After identifying this ‘minor’ as CaptainZack, Zack himself apparently deleted Tamim’s account which he somehow had access to, but Tamim continued on another account called ‘@tamimexposing’, where he posted a series of Discord messages where Ally says ‘he started caring for (Zack) and liked him back’. 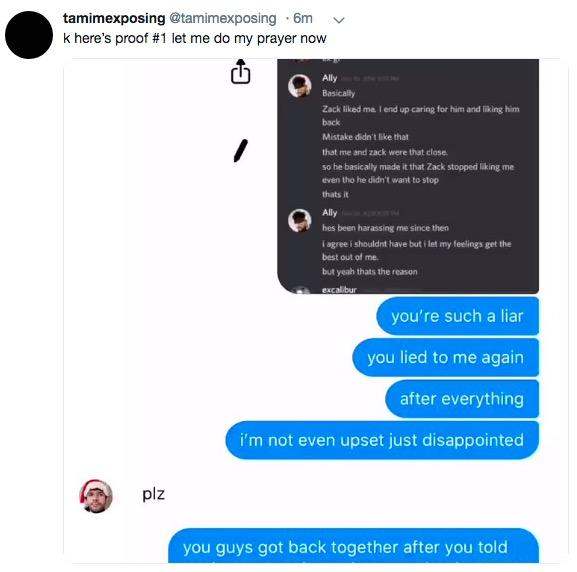 Discord messages from Ally were posted by an account named ‘tamimexposing’.
500[ad name=”article3″]

On March 23, Zack claimed that no sexual relationship had taken place between himself and Ally, stating “nothing ever happened even close to that”, when asked if they had slept together.

no nothing ever happened even close to that

However, on June 29, CaptainZack tweeted an image of himself holding a note, on which he had scribbled: “Tamim was telling the truth”. 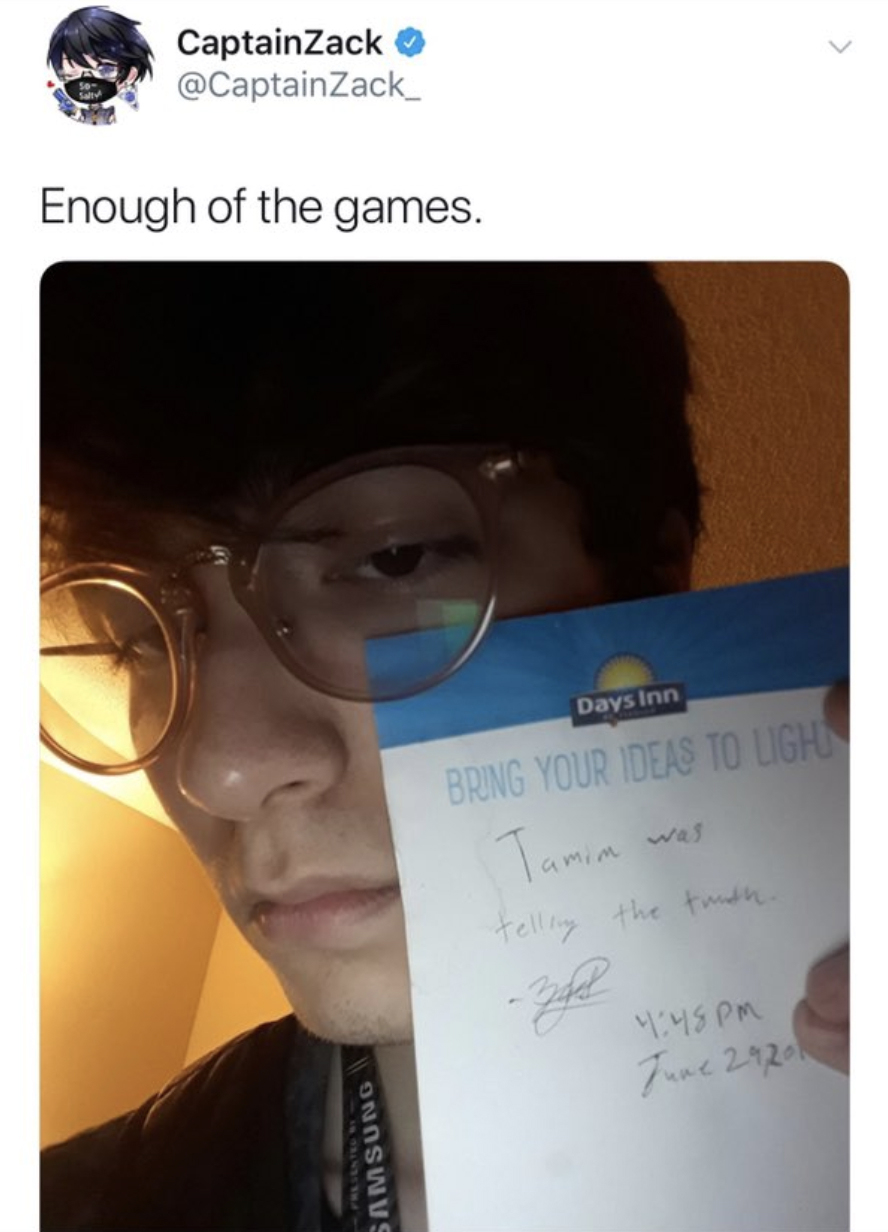 CaptainZack later deleted the image from his profile.
500[ad name=”article4″]

Following Ally’s retirement announcement, and after a number of days of silence on social media, Zack asked for the “situation” to never be brought up to him again, saying it had “been taken care of.”

There has been a mixed response to the situation within the Smash community. Some have pointed to the fact that, legally speaking, Zack was above the age of consent in his home state of Louisiana, as well as Ally’s native Canada, meaning even if it was a sexual relationship (which Zack claimed it was not), it was not illegal.

What does this have to with Smash?? Why do Smashers care about his relationship with his ex?? Or Zack??

Stop calling this pedophilia when it isnt. You might not like the idea of them "dating" but it's not illegal or against the rules. Y'all are silly. https://t.co/6oWjR5t9uC

However, others argue that irrespective of any legal argument, the relationship is still problematic, given the disparity in ages and the position that Ally holds within the Smash community.

Tempo Storm pro player Gonzalo ‘ZeRo’ Barrios called it a “terrible” day for the Smash scene, and that his friendship with Ally “doesn’t excuse terrible acts.”

I just want to encourage positivity within the scene, despite today being a day of darkness.

Tamim, the pro player who initially aired the allegations against Ally, posted an apology on July 4 for how he “handled” the situation:

“I know I will never handle a situation like this again as I’ve definitely learned and grown from this experience,” he explains. “I couldn’t stand seeing my friend at the time, in a situation where I felt like my protests to him had no impact.”

“I know I was stupid and I am completely sorry for outing the victim, as I have apologized to him many, many times,” Tamim continued. “I know there is no justifying it either, but in the situation I was in at the time, I felt like it was the only other option.”

Ally was also caught up in another controversy on July 3, after 15-year-old aspiring player Bocchi beat him in a match, and backlash from some fans almost drove her to retirement.

The hate was so severe that she said “I literally would have rather lost that set and have done nothing.” Bocchi added being a teenage-girl “in an extremely male dominated community” is the “worst” and “very weird,” and confirmed she would take a break from competing.