The ruleset for the recently-announced $100k Saturday Realm Royale weekly tournament has been revealed by Daniel ‘KEEMSTAR’ Keem.

While the tournament was first scheduled to be held on July 14th, KEEMSTAR decided to move the start date back to Saturday, July 21st due to conflicting schedules with streamers and new ‘game technology’ being developed.

On July 9th, the official ruleset for the $100k tournament was announced which features a unique scoring system for teams of two.

Although UMG has been a main organizer for KEEMSTAR’s ‘Friday Fortnite’ tournaments which include prize pools of $20k each, it is unknown if this will be the case for the $100k Realm Royale tournaments.

We will continue to provide more information as it is made available.

Daniel ‘KEEMSTAR’ Keem provided an update on the next $100k Realm Royale tournament, and teased future updates from Hi-Rez Studios.

On Monday, August 6, KEEMSTAR announced that the weekly $100k Realm Royale tournament will be ‘taking a week off,’ and will no longer take place on Thursday, August 9.

The decision stems from Hi-Rez Studio, the developer of Realm Royale, experimenting with ‘big’ in-game changes and updates in the future, according to the ‘Drama Alert’ Host.

KEEMSTAR did not mention any specific date regarding when the tournament series will be rescheduled, however, stated that it will ‘100% return.’ 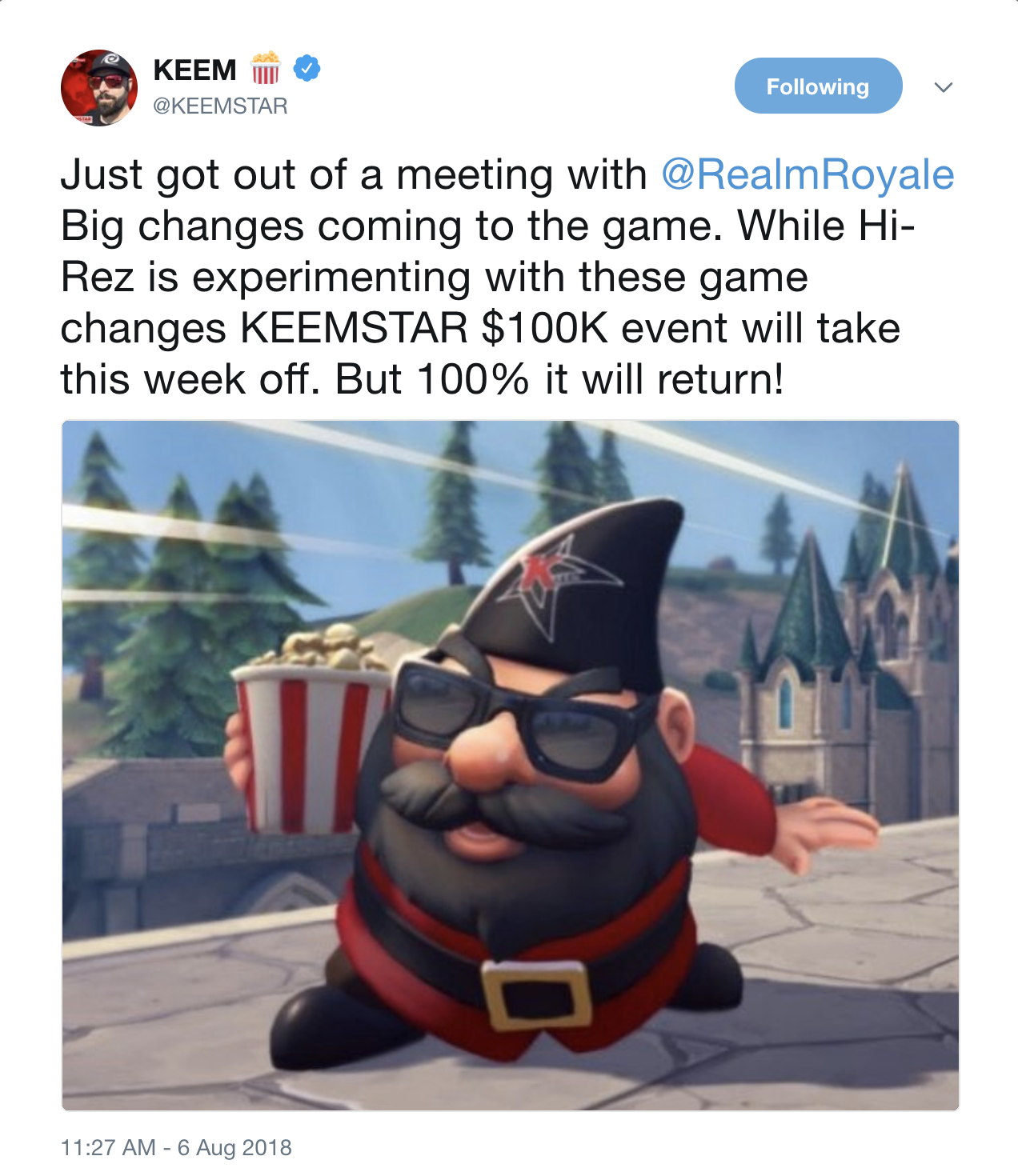 As of writing, the proposed changes that will potentially be coming to Realm Royale are unknown.

After the success of the ‘Friday Fortnite’ tournament series which saw major personalities, content creators, and other notable individuals from across the gaming community compete each week for a cash prize, KEEMSTAR teamed up with Hi-Rez Studios to create a similar project with Realm Royale.

More information on the most recent $100k Realm Royale tournament including participants, standings, and much more can be found right here.