How to watch the Rainbow Six Siege Raleigh Major – streams, schedule and more

The week-long Rainbow Six Siege Raleigh Major will see 16 of the best Siege teams from around the world gathered to try and take home first place.

Raleigh is the first time a Siege Major has come to the United States and teams will be competing for their share of the $500,000 prize pool, with $200,000 up for grabs as the first place prize.

The Major begins on Monday, August 12 with group stage play – which will be broadcast on Twitch, and continues through the week with playoffs starting August 16 and going through the 18.

What teams will be there?

As previously stated there will be 16 teams going at it in Raleigh from all across the globe.

The champions of Six Invitational 2019, G2 Esports, are a favorite to win it all for a lot of fans, but that doesn’t mean the other 15 teams will be any less competitive.

All 16 teams participating in the Raleigh Major are listed below: 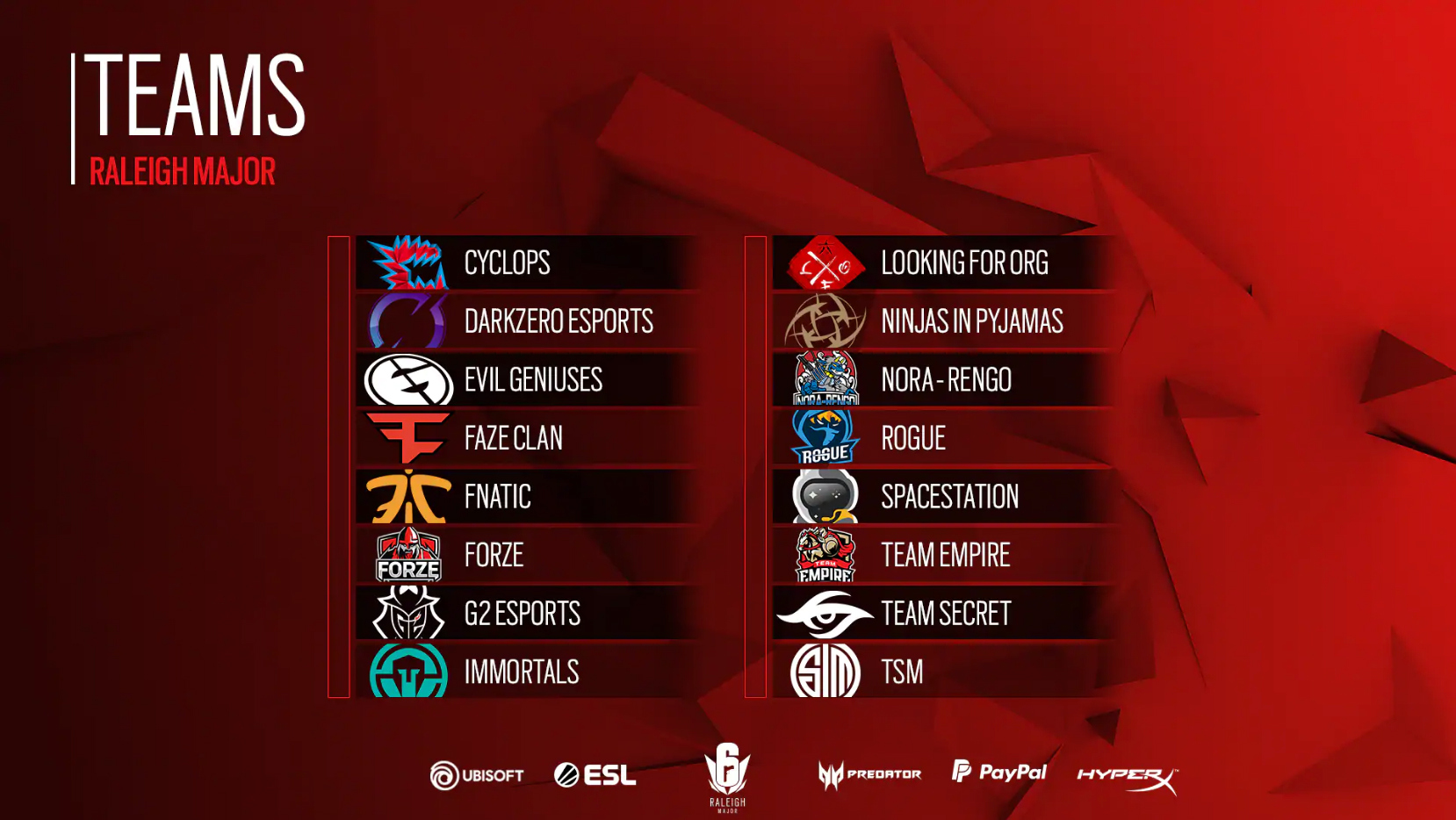 Some of the biggest names in Siege esports will be on hand at the Major.
600

When can we watch the matches?

The Raleigh Major starts on Monday, August 12 with Group Stage matches that will be broadcast exclusively on Twitch. 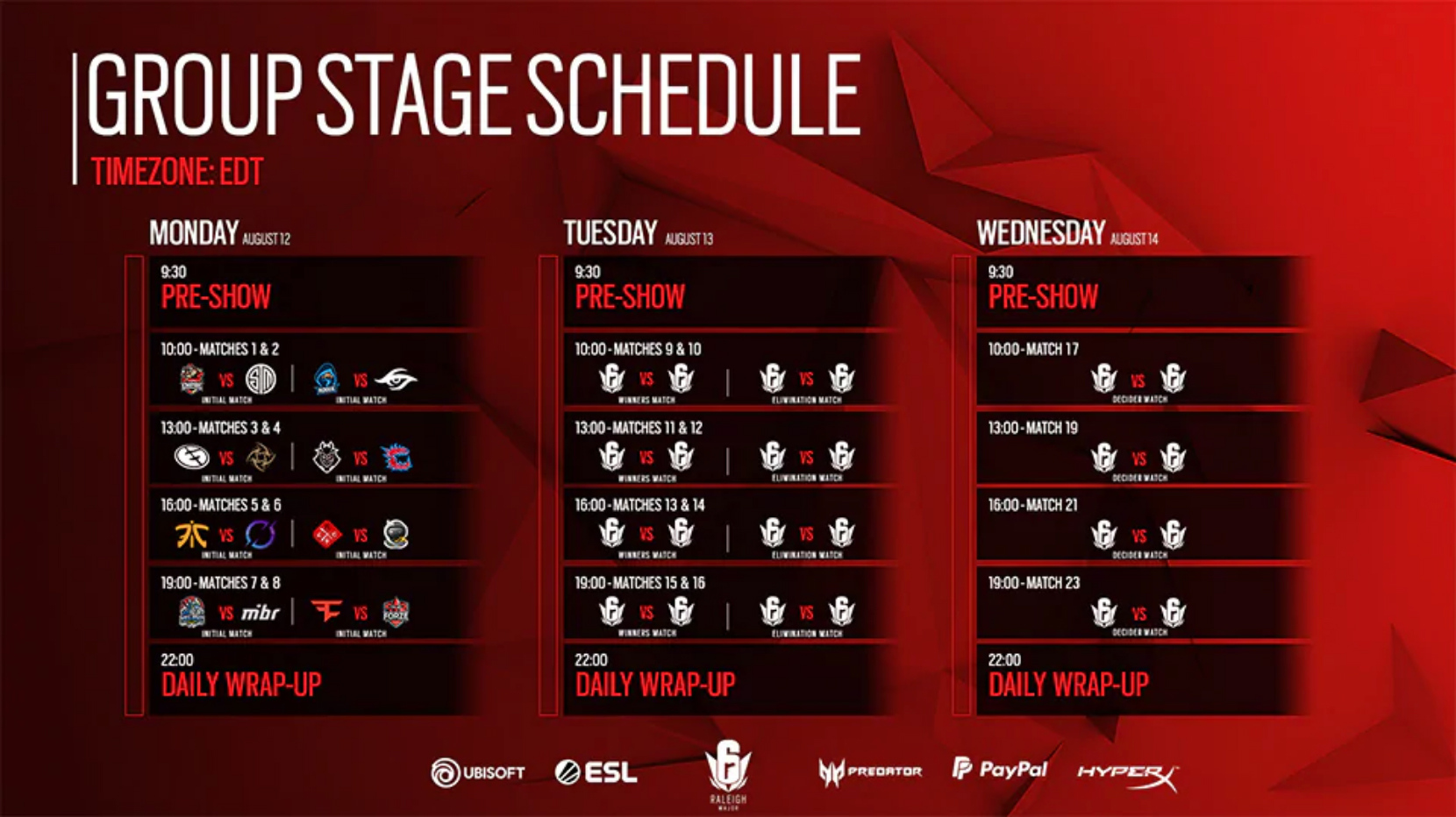 After the group stage, playoffs begin on Friday, August 16 and run until the Grand Final on Sunday, August 18 in front of a live audience. 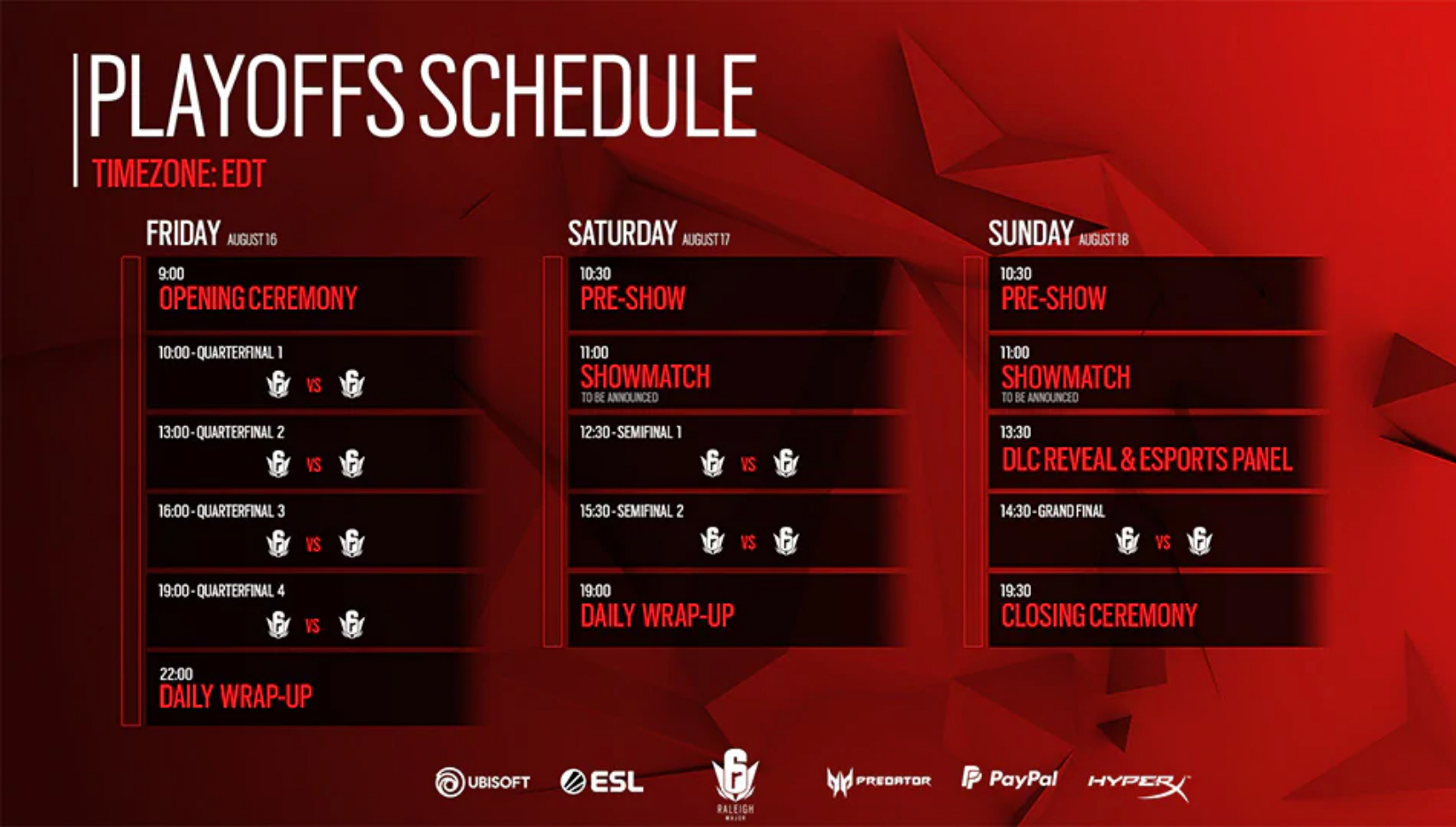 The Playoffs run over the weekend from August 16-18.

How do we watch the matches?

The group stages will be divided between two streams for English-speaking viewers for the group stages, with the playoffs happening on the main Siege Twitch channel.

For viewers who prefer to watch the action in a language other than English, Ubisoft will have streams in 13 different languages (listed here) that players can also check out. 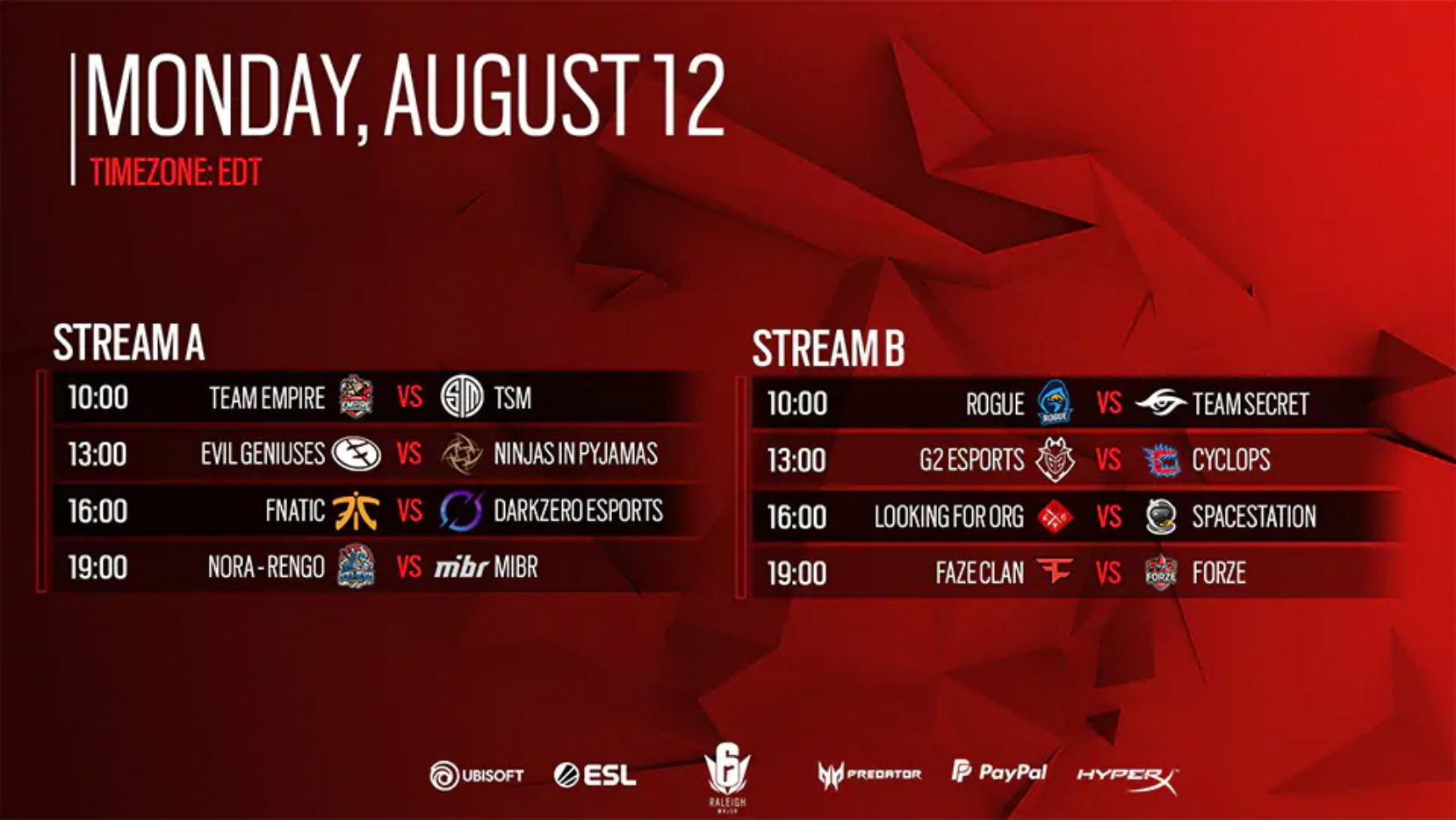 Group Stage matches will be split between two different streams.

The 16 teams are split up into four groups of four, with the top two advancing to the Playoffs.

A full week of top-level Rainbow 6 Siege play should be more than enough to keep fans entertained and finally gives U.S. fans the chance the see Siege esports live.

Remember to watch those doors and corners and we’ll see you in Raleigh.