PUBG update 6.2 is one console players have been anticipating for a while. Finally Cross Party Play has been added and the addition of Team Deathmatch will give players a fresh new look on the battlegrounds.

There’s also plenty of other changes. Grenades have received a huge nerf, Karakin has had an item spawn update, the right leaning issue has been fixed (a little) and there is plenty more. Let’s dive deeper into the changes.

Cross Play between the PS4 and Xbox One was added to PUBG console over four months ago now. Players from the rival systems were finally put into the same lobby allowing combatants to fight for bragging rights but more importantly joining them together to decrease match waiting times. 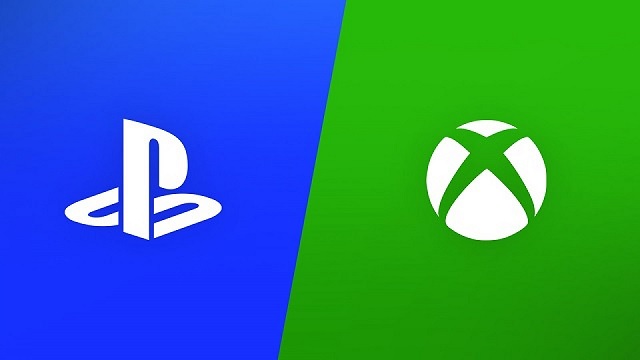 Finally, PS4 and Xbox One players can team together!

Now, the ability to team with a friend using the ‘opposite’ console has been added. Specifically you’ll be able to search Xbox Gamer Tags and PSN Names which you’ll be able to keep saved on a list within PUBG.

The mode that started multiplayer FPS is coming to PlayerUnknown’s Battlegrounds. Team Deathmatch (TDM) will be a separate from the traditional battle royale mode and will feature teams of eight.

There’s more good news for players though, specifically those who enjoy FPP – TDM will be FPP only! That means no looking round corners without exposing yourself, which will delight a portion of the PUBG community.

These Team Deathmatches will take place in seven different locations across four different maps. They will be as follows:

Grenades have long been considered over-powered in PUBG but there are concerns that they may now be under-powered. The nerf is broken down in more detail in the patch notes below.

You can find the exact damage taken by clicking these links:

The basics of it though, are vests will now mitigate grenade damage, proning will reduce their damage and they will now take 50% more inventory capacity. In short, they are now far less effective.

The debate about them will likely ensue but FaZe member Fuzzface shared the following video highlighting the changes.

revert the nades, keep the weight increase tho, maybe hardlimit to 3 or 4 aswell. this is… wrong in every way @PUBG @PUBGEsports pic.twitter.com/BRpbXq7snT

The new 2x2km map Karakin has been received very well by PUBG players. The fast-paced action has proven to be a breath of fresh air, providing a different type of PUBG experience in comparison to the four previous maps.

A few item spawn rates are being adjusted though, and they both seem very reasonable. Firstly, meds will be increased, while bandages will be decreased.

Secondly, as regular players will have picked up on, snipers and DMRs are a popular choice in Karakin. As such their spawning frequency have been decreased. In return, and what will add even more variety to the map, the G36C and MP5K have been added.

The issue of not being able to see opponents who are peaking to the right got a lot of attention in the PUBG community recently. This has unsurprisingly led players using it to their advantage more often and therefore adding urgency to a fix in the process.

Interestingly the patch notes state: “This mechanic is closely tied to the fundamental design of the PUBG gunplay system, making it difficult to resolve the issue completely without potential adverse changes to the feel of PUBG gunplay.”

It sounds like while this issue will remain, the advantage to be gained from it will far be less. We’ll have to see how this issue plays out in the coming months.

Map selection is a touchy subject for a lot of PUBG players. Some berate the inability to select their chosen map, while others are understanding that fast matchmaking times are paramount.

Unfortunately, the current split of random map and Karakin has negatively impacted those times. As a result, Karakin will now be moved into the random map queue.

This means the only queue will indeed be random map where presumably all four maps – Erangel, Miramar, Sanhok and Karakin – all have an even chance of being selected. Vikendi remains on the shelf until at least the next update.

There are various other smaller changes in PUBG Update 6.2. One of these is a page directly from the playbook of Apex Legends, a la the Jumpmaster.

Players will now be able to follow a particular teammate while parachuting, which will ensure teams land together. This is optional, of course, and you can still go off and land where you choose should you opt to do so.

Elsewhere, the second iteration of the PUBG Labs Skilled Based Rating Test has started. This will allow the brains behind PUBG to formulate the best way to determine skill ratings when the feature goes live sometime after March 19.

You can read the full patch notes for PUBG update 6.2 on console here.

How to catch a Ditto in Pokemon Go: Ditto disguises for February 2022

Pokemon Go Friend Codes: How to make a new friend in February 2022