Season 5 of PlayerUnknown’s Battlegrounds is just around the corner and will focus on changes to Miramar. Here are the full patch notes for PUBG Update 5.1.

Much like last season provided a visual update to Erangel, Season 5 will not only ‘refresh’ Miramar but bring a host of other changes and improvements.

These include a new point of interest in the A LA Muerte Vamos Track, vending machines dispensing energy drinks and new items such as spikes to stop vehicles.

When is PUBG Season 5 on PC and Console?

If you want one of the biggest hot drops on the game, then there are few, if any, better places than Hacienda del Patron. The popular looting place is about to get even busier, though.

A new gold Mirado is being put in the garage at Hacienda, and what’s more it will be the only one the entire map. The number one hot dropping destination is about to get a lot hotter!

Let’s take a lot at the weapon changes for PUBG Update 5.1. Despite its limited use, the Win94 is a fan favorite weapon.

While it can certainly pack a punch, its low fire rate and fixed iron sights made it not a viable weapon to get chicken dinners with. That’s about to change however, as the new season will bring a 2.7x scope attached to it by default that cannot be removed. The Win94 will be exclusive to Miramar. 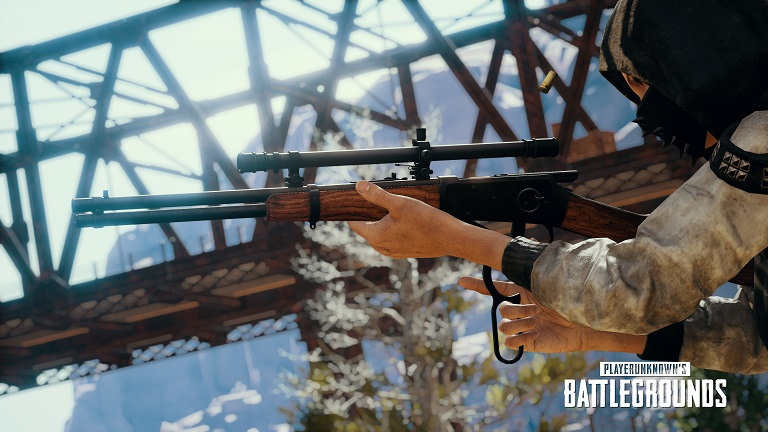 Finally, the Win94 has the scope everyone wanted…
[ad name=”article4″]

There have been complaints about the loot in Miramar not being plentiful enough. The PUBG developers have heard this feedback and are adjusting the weapon balance accordingly:

In addition to this, melee weapons such as the sickle and infamous pan will now be throwable. As exciting as this is, it doesn’t look any of them will be able to kill an opponent with a single hit, though.

Vending machines can now be found in various locations around Miramar — Arenas, Casino, gas stations, Motels, and commercial buildings. These aren’t just for show and will dispense energy drinks and painkillers.

Sometimes multiple energy drinks will be dispensed at once! 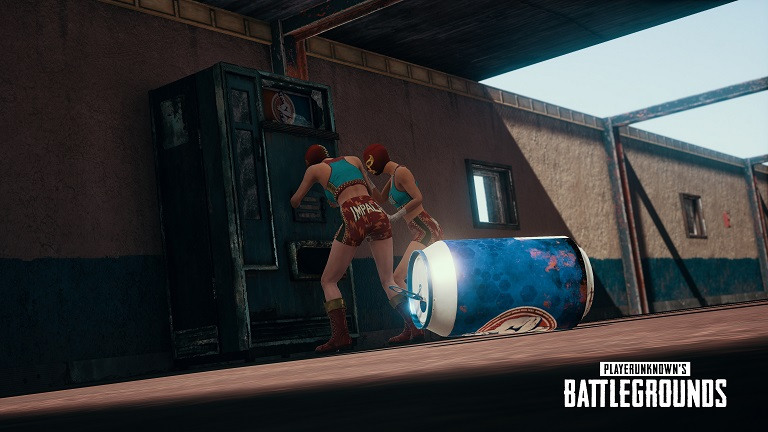 Ever been in a situation where you need to give a teammate loot but can’t get to them under fire? Perhaps you want to put it directly in their inventory rather than dropping it.

A new feature will allow you to throw certain requested items to teammates. While items can be thrown a maximum of 15 meters it could be the difference between life and death.

Here are the full patch notes for PUBG update 5.1.

The Survivor Pass is back with new rewards, missions, and improved systems! Do not miss the new community missions where players can join together to discover the hidden story of Miramar!

Whether you have purchased Premium Pass or not, all players can join together to fill the Community accomplishment gauge, then claim in-game skin rewards and unravel the hidden story of Miramar.

Developers Note: After observing the current system, we’ve found that players can achieve Lone Survivor rank by simply playing many matches, even with poor results. Therefore, from Season 5, we have introduced a system where Survivor or higher ranked players will have SP deducted in each match they perform poorly. We hope that this new system will better represent Survivor and Lone Survivor ranks as accomplished titles for players who work so hard to achieve them.

In addition to the improved basic Zombie Mode from the last patch, we have added a variety of fresh and exciting settings to the Zombie Mode.

In War Mode (Platoon battle option) and War Mode: Conquest, there was no movement path or front line created, even though these modes are about 1:1 battles between two teams.  Because spawning from the plane made it difficult to play strategically, we’ve added an option that allows you to spawn right from the ground without parachuting, and to be respawn on the ground after death.

In celebration of the PUBG Global Championship to be held this November, we’ve made added various themed elements to the game! There will be a special change to the in-game lobby during the PGC 2019 season, check it out!