Arguably the biggest update to date for PUBG console is coming soon, bringing the much anticipated Erangel visual update, dynamic weather and much more to the Xbox and PS4.

Xbox and PS4 players were envious when the Erangel remaster was confirmed for PC. It left console players wondering whether they would ever get the update at all, amid concerns the consoles wouldn’t be to handle the updated visuals.

Fortunately, these fears have been dispelled and the new Erangel will indeed be on both Xbox and PS4 from August 27. Players have been able to try it on the PUBG PTS but have noted buildings can take a while to load – an issue with has plague other maps on console too. 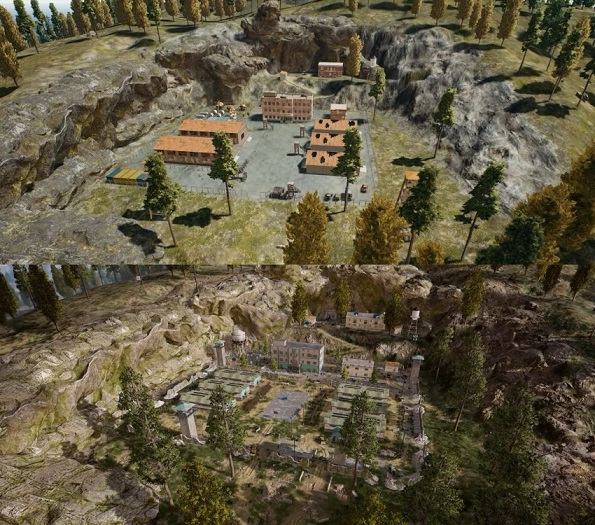 On top of new visuals, the new map will being changed and added areas which provide details about the history on the Russian island. This isn’t all though, as the very popular dynamic weather will make a return.

In matches that begin with overcast weather, the weather will vary between windy, hail, rains as well as thunder and lightning. In short, Erangel may look unrecognizable from before.

Elsewhere, to the delight of the fragmented console player base, the eventual addition of crossplay between Xbox and PS4 was confirmed. It won’t be part of the 4.2 update however, and will instead be coming in October.

The developers behind PUBG have been busy in recent months and are clearly trying to bring the console port closer to the standard of PC. Whether this is possible remains to be seen but console players can certainly look forward to August 27.

The full patch notes for PUBG update 4.2 can be found below:

“Everyone is searching for themselves. That search ends here. Welcome to the Battlegrounds.”

Since launch, millions of players have dropped into Erangel to take part in PUBG’s heart-pounding take on Battle Royale. It’s with that same passion that we dove into this visual update with the goal of bringing our most classic map in line with our more recent offerings, all without losing the magic that made it a fan favorite in the first place. From standard complexes to major landmarks like Mylta Power, we’ve improved the graphical quality of Erangel’s various areas and terrains across the board.

There are plenty of secrets to find and updated areas to explore once you drop in.

“There’s a side to you that I never knew… and the games you’d play, you would always win. But I set fire, to the rain.”

‘Overcast’ weather has been added to Erangel.

For PUBG SEASON 4, we rebalanced many of the game’s weapons and vehicles. The patch includes balance adjustments to not only existing weapons and items, but also our first rebalance on vehicles. As always, we will be listening to feedback on the balancing, so please let us know how the all the changes feel together.

There are a whole lot of changes in this patch, so be sure to check out everything below! Because knowing is about fifty percent of the battle.

We’re making changes to the Blue Zone on Erangel thanks to player feedback and changes in gameplay since the most recent Erangel rebalance.

Rate of Fire Improvement based on FPS

“Eye of the hurricane”

“A vision of perfect health.”