Despite being more than two years old now, PUBG Corp is showing few signs of slowing down development – they have now detailed how they will be changing matchmaking to improve user experience.

In a Dev Letter from July 16, PUBG explains providing the best battle royale experience for players is their top priority and that “matchmaking is crucial to this goal.” They then acknowledge that the matchmaking systems have fallen below expectations with some regions experiencing excessive wait times.

As a result, there will be changes to the current matchmaking system coming at an as-yet-unannounced date but will be included in the next update. These changes are outlined as follows: 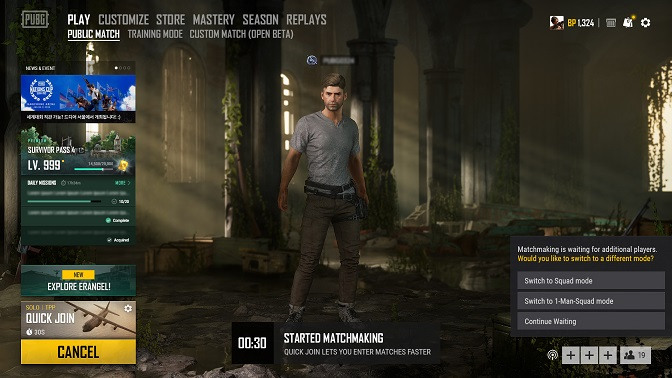 PUBG are looking to streamline the matchmaking experience…
[ad name=”article3″]

These changes will be welcomed by the PUBG community who have voiced concerns over matchmaking all throughout PlayerUnknown’s Battlegrounds life cycle.

While players like having the option to select a specific map, this isn’t viable when trying to keep matchmaking times to a minimum due to player count. Reducing the options in the form of a featured map and other maps won’t result in as many fragmented lobbies.

North American players know that finding a solo or duos game can sometimes take longer than it should. Players will now have the opportunity to continue waiting or alternatively jump into a squad game if they can’t wait for the action.

The same will apply to specific regions whereby players can continue to wait for a match in their own region or jump into another. 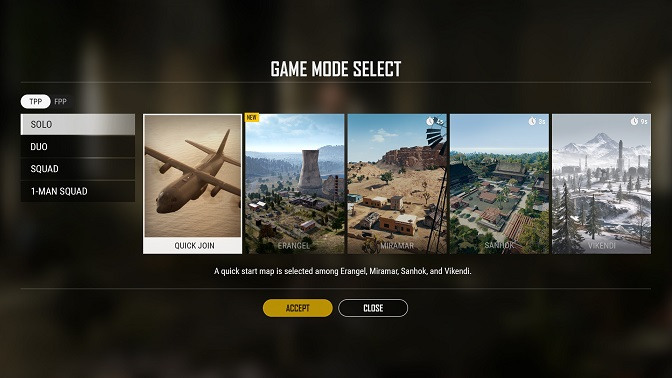 You will no longer be able to choose a specific map…

In a lobby with 99 players, playing against people with poor connections is inevitable. However, PUBG’s new initiative where similar pings are matched up, will reward players with good connections as they will come up against fellow players with low pings.

PUBG concludes the letter by saying:” We know there isn’t a perfect solution out there, but believe these steps will enable the majority of players to get into games.” They will also be looking to further improve matchmaking based on user feedback going forward.

It is also worth noting that these changes won’t be on console, Xbox One, and PS4, until an update further down the line. Updates typically come to console a couple of months after the PC.