It appears the PUBG developers are making changes to the original PlayerUnknown’s Battlegrounds map. Several compounds have been added across Erangel and fans have quickly voiced their displeasure with the news.

The iconic Erangel has remained largely untouched since its release alongside PUBG. There have been compounds (buildings) previously added, most notably south of the western bridge connecting Sosnovka and Erangel’s mainland.

According to the PUBG test server for PC, Bluehole are at the very least experimenting with adding a large amount of compounds throughout the map.

Erangel has achieved cult-status due to its nostalgia, simplicity and open spaces. The addition of these compounds will reduce these open spaces and could damage the map as a whole. 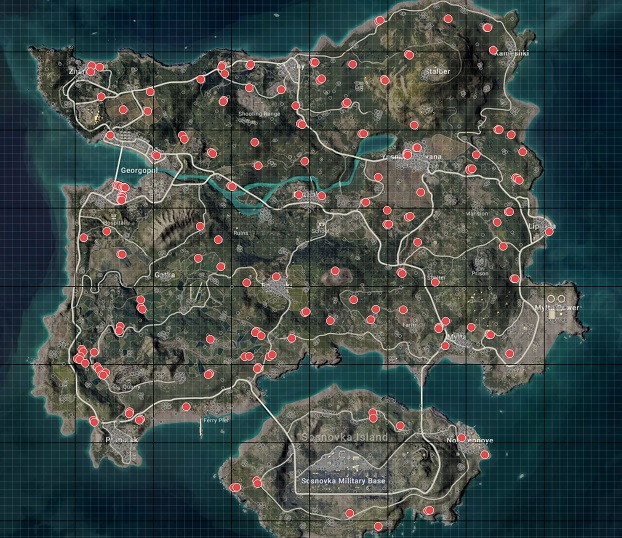 It seems PUBG fans agree with this sentiment as many have already criticized the idea of altering Erangel.

One element of Erangel that has received criticism, deserved or not, has been the difficulty to accumulate loot, especially in the early stages of a game.

These type of comments were plentiful across forum posts suggesting the change wouldn’t be welcomed.

It will be interesting to see whether Bluehole will take note of this feedback or push these changes through in a future update.

Erangel is generally considered the best PUBG map and therefore Bluehole are playing a dangerous game by changing it.

At this point the PUBG community are more concerned with stability. These thoughts are amplified across the PUBG console ports whereby stability, even at 30 FPS, is satisfactory at best.