The Pokemon franchise entered its eighth generation with the debut of Sword & Shield in 2019. The Nintendo Switch release introduced players to the Galar region for the very first time.

While the RPG has already been out for months, some Trainers may still be struggling to afford their favorite attire or items. Here is how you can make infinite cash quick in the Gen VIII title.

Quickest way to get infinite money in Pokemon Sword & Shield

There is many things to buy in the Gen VIII title, from a wide range of clothing items, to vitamins for competitive training. Galar has quite few ways to spend money.

Fans still making their way through the main game may find their wallets a little light. Owners of the Isle of Armor DLC now have a new way to earn cash fast.

In the June expansion, players are whisked away to a dojo run by Master Mustard. There’s a feature in the gym that can make you rich quick. Note: You must complete the second dojo trial to unlock the Cram-O-Matic device first. Here are the easy steps to making infinite money:

Step 1: Buy Cheri Berries at the Isle of Armor dojo 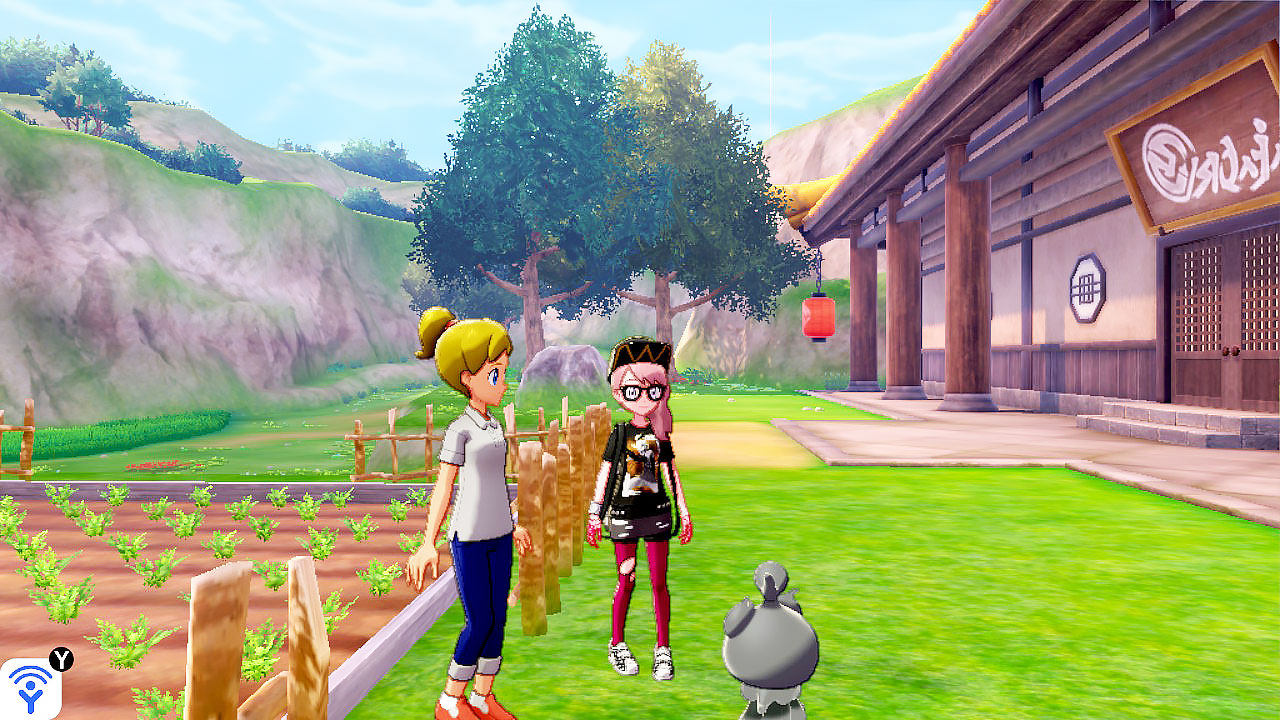 Fly to the Isle of Armor Dojo spawn point. There you will find the Berry Grocer outside. Talk to her and buy the max amount of Cheri Berries. We recommend you have at least 80k to buy 999 of the item to get the most out of this method.

Step 2: Use the Cram-O-Matic in the dojo 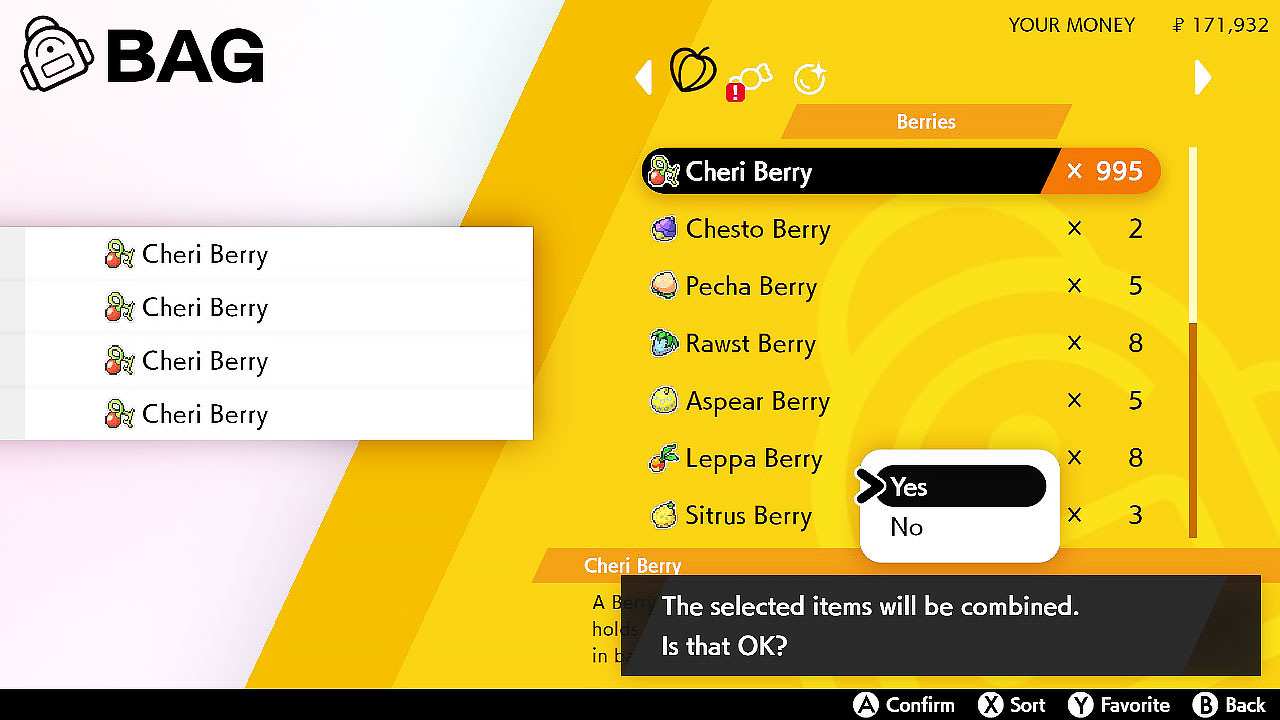 Enter the Dojo, and immediately go to the far right room where Master Mustard is located. You’ll see the Cram-O-Matic device that is shaped like a blue bird. Go up to it and click “Combine,” give it four Cheri Berries, and hit “Yes.”

Step 3: Collect the Heat Crash TM, and repeat the process 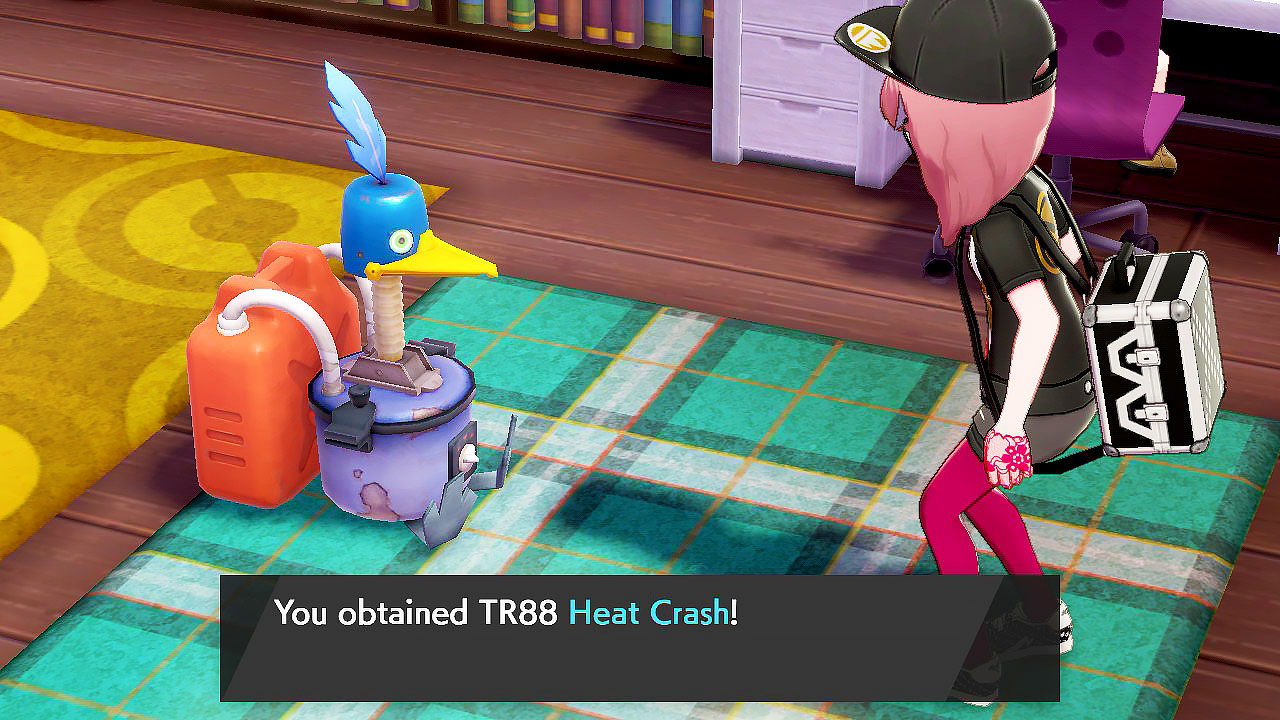 The machine will spit out the TR Heat Crash after combining the four berries. The move sells for $3,000 a pop. Repeat the same process by spamming the A button. It should default back to the Cheri Berry, so all you have to do is stand in front of the device and keep tapping A without even looking. Put on your favorite Netflix show, and press A for 30 minutes. You will then have an insane amount of Heat Crash TMs to cash in.

Step 4: Sell your TMs at the train station shop 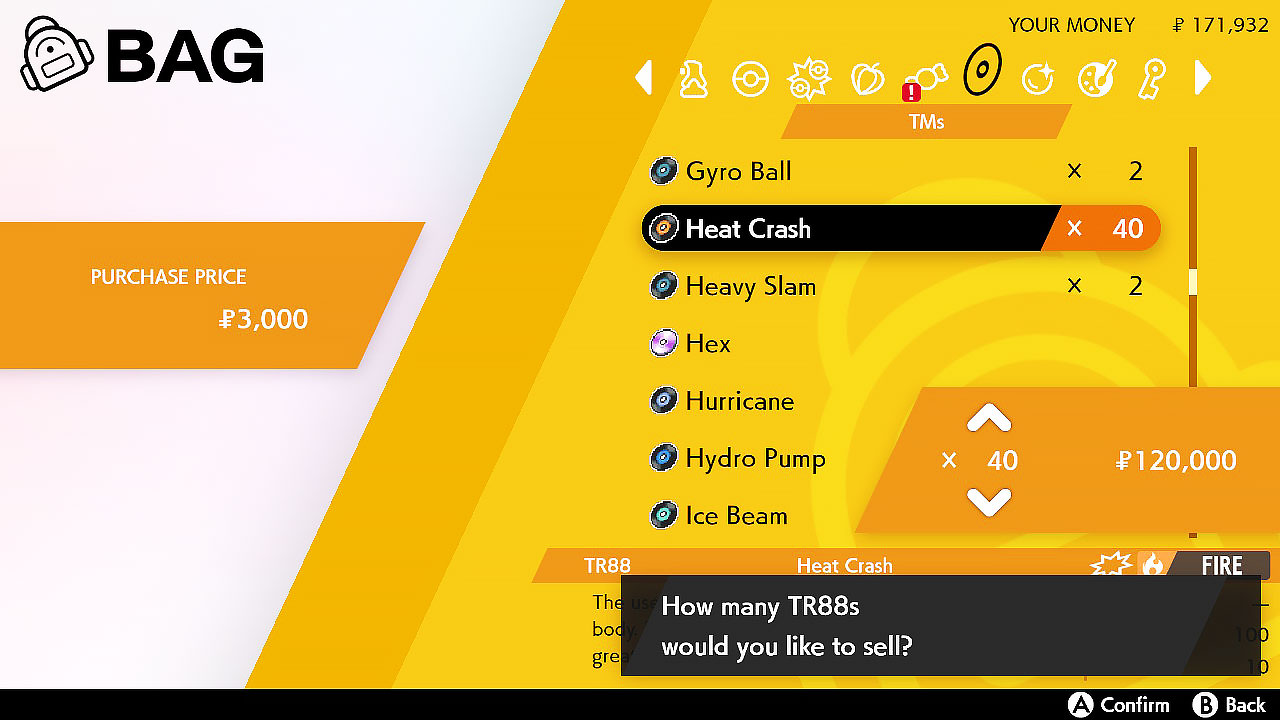 Sell your TMs. We recommend going to the train station on the Isle of Armor,as it is the nearest seller. We were able to make $120k in just under eight minutes using this method. Remember to stock back up on Cherri Berries after you run out.

There are many tricks for getting cash in Sword & Shield – previously the G-Max Meowth method was the most popular. However after several tests with the Cram-O-Matic, we have found this to be the quickest and most efficient way. As mentioned earlier, you can literally watch a movie or TV show while tapping the A button.

While many players have already beaten the Gen VIII title, it never hurts to build up your finances. After all, The Crown Tundra expansion drops this Fall and will bring a flurry of new items and clothes. Competitive trainers can also use the currency to buy vitamins to boost their monsters EVs, which can become quite expensive.