An anonymous, but what appears to be legitimate leak from April 2018, has revealed some interesting information regarding Pokemon Sword and Shield.

The leak correctly names the games’ title as Pokemon Sword and Shield and describes the region as “London/England based”.

Somewhat confusingly the leak states that Pokemon Sword and Shield was aiming for a November 2018 release. Officially we only heard about the new Pokemon game for the Nintendo Switch on Pokemon Day, in February.

As we know it was actually Pokemon Let’s Go that was released in November of last year. The announcement for the quasi-Yellow remake was made one month after this release in May, 2018.

One reason for the apparent change of plans could be with the Pokemon games’ developer, Game Freak. The leaker states their sources say: “things are at a expected pace but everyone is overworked and stressed.” Interestingly they go on to say: “Game Freak was just not prepared for HD.”

This is rather telling and could explain the release date change (assuming it’s true in the first place). A lot of Pokemon fans felt that the graphics shown in the initial Pokemon Sword and Shield release trailer were sub-par.

Some even called them an upscale of Pokemon games on the Nintendo 3DS. This is perhaps evidence that Game Freak are indeed struggling with HD development.

Not Zelda Breath of the Wild

Pokemon fans were hoping for an open world Pokemon game that had graphics as good as the acclaimed Zelda: Breath of the Wild. The Pokemon Sword and Shield graphics showcased a different style.

One Reddit user, “Jeff1N“, said the following in response to Game Freak not being ready for HD development: “Every company out there struggled when moving from 6th-gen graphics to 7th-gen graphics, and GameFreak is going from a harware barely on par with 6th-gen consoles to one capable of games like DOOM and Warframe (or even games like Splatoon 2 or Mario + Rabbids, they may look simple but make use of lots of modern rendering techniques).”

Furthermore, Game Freak have never really made a technically impressive game. They have focused on gameplay mechanics as opposed to selling games based on their visuals. These factors could mean a Zelda BOTW style game is still a long way off. 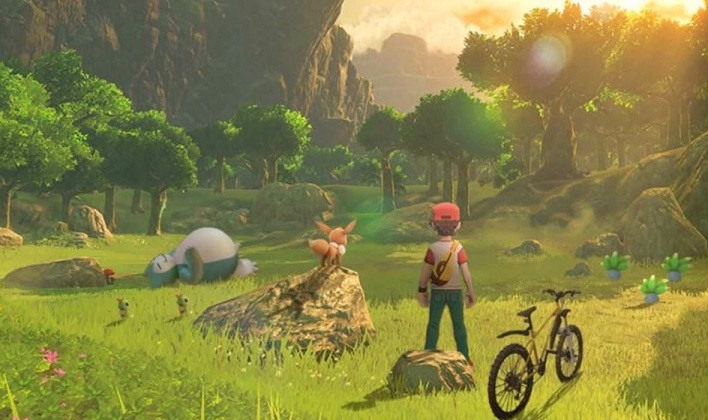 How fans had hoped Pokemon Sword and Shield would look?

Pokemon Sword and Shield still in 2019?

The above revelations have made Pokemon fans question whether the game will indeed release in 2019 as confirmed. Nintendo are confident it will, having announced as much in an investors call earlier in the year.

However, it is telling that no release date has been confirmed, with the official line reading “Late 2019”.

It could be the case that a slightly rushed version of Pokemon Sword and Shield is released to appease investors and fans alike.