Pokemon Sword and Shield pre-order bonus revealed but is it for everyone? - Dexerto
Pokemon

Pokemon Sword and Shield pre-order bonus revealed but is it for everyone?

A pre-order bonus for Pokemon Sword and Shield has finally been revealed, giving trainers even more of an incentive to buy the upcoming game.

Figurines of the Galar region’s stater Pokemon are being offered alongside pre-orders – that’s Grookey, Scorbunny, and Sobble for those who haven’t been following the hype.

However, some Pokemon trainers may be disappointed to discover that this particular pre-order bonus only applies to Japan.

You can find these starter Pokemon figures elsewhere but it is a bit more difficult – especially in the United States. UK Pokemon fans can find them as part of the dual pack at specific video game retailers such as Amazon and Game.

US fans will have to look even harder as they aren’t included in the double pack on Amazon.com. After a quick search, the only place we could find the figurines bundled in was on eBay, but this had a hefty price tag of $200.

Even so, it wasn’t clear if these listings from the UK or US included all three starter Pokemon or just one at random. If you’re from the US and desperately want to get your hands on the pre-order bonus Japanese fans are being given, it is probably best to buy them separately. 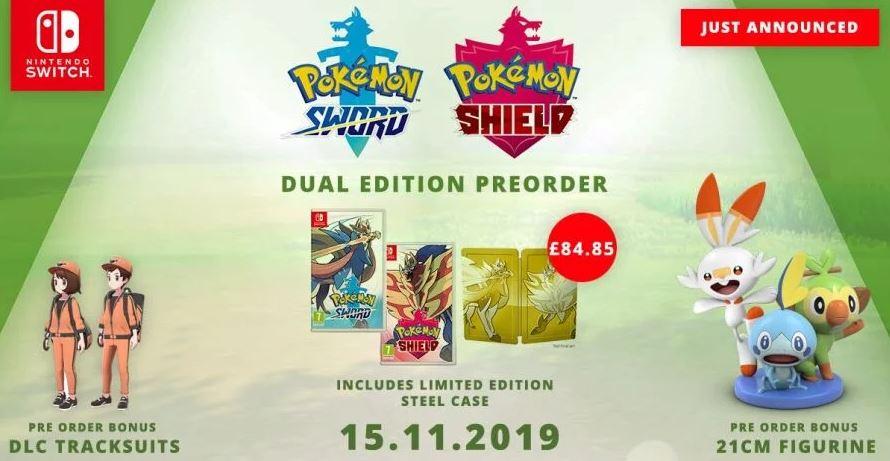 There is still over a month to go until Pokemon Sword and Shield is released on November 15. It will be exclusive to the Nintendo Switch and mark the first time a mainline Pokemon game will be available to play on a home console.