It is home to generation one Pokemon – the first 151 Pokemon. Kanto region is situated east of the Johto region, the setting of Pokemon Gold, Silver, Crystal, Heart Gold and Soul Silver. 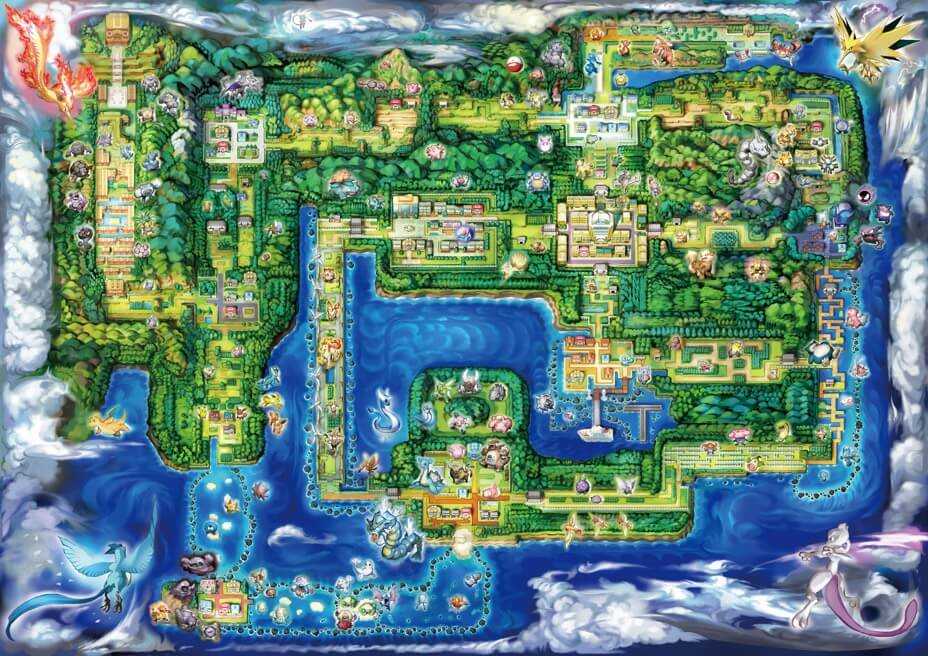 Given the popularity of the Pokemon video game series and especially the earlier games, Kanto is home to some of the most iconic Pokemon cities and towns. Here is a list of those cities/towns, gym leaders/badges and any other prevalent information.

The hardware running Pokemon RPGs has come on leaps and bounds over the past two decades. Consequently, the Kanto region has changed a lot. 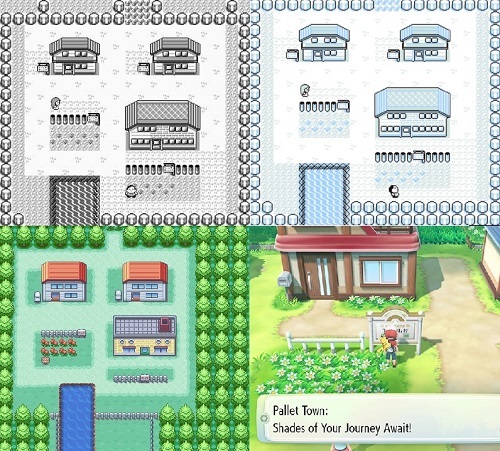 The earliest version of Kanto was in the Gameboy classics, Pokemon Red and Blue. As a result Kanto was nothing more than black and white pixels. Back then it may have seemed like the map was big but by today’s standard it is surprisingly small.

Pokemon Yellow was very similar to Pokemon Red and Blue but encapsulated the story from the Pokemon anime. It was released on the Gameboy Color which meant the Kanto region had a little more colour to it. Cities were distinguished by various colours. For example, Cerulean City was blue and Lavender Town purple.

The Kanto region has come a long way in 20 years! :astonished:#PokemonLetsGo pic.twitter.com/kuUmf9uIU3

With Fire Red and Leaf Green utilising the improved Gameboy Advance hardware, Kanto had numerous colours for the first time.