Pokemon Go: What is Rank Tanking and why are trainers doing it? - Dexerto
Pokemon

Pokemon Go: What is Rank Tanking and why are trainers doing it?

Purposely decreasing your rank in any game seems counter-productive, yet that’s exactly what trainers are doing in Pokemon Go’s GO Battle League.

GO Battle League’s (GBL) pre-season comes to an end this week, with GBL Season 1 starting on March 13. In GBL players are given a rank between 1 and 10.

This is important as you will only be matched against opponents who have the same rank. Naturally players of a lower rank will invariably be easier to defeat than those of a higher rank. 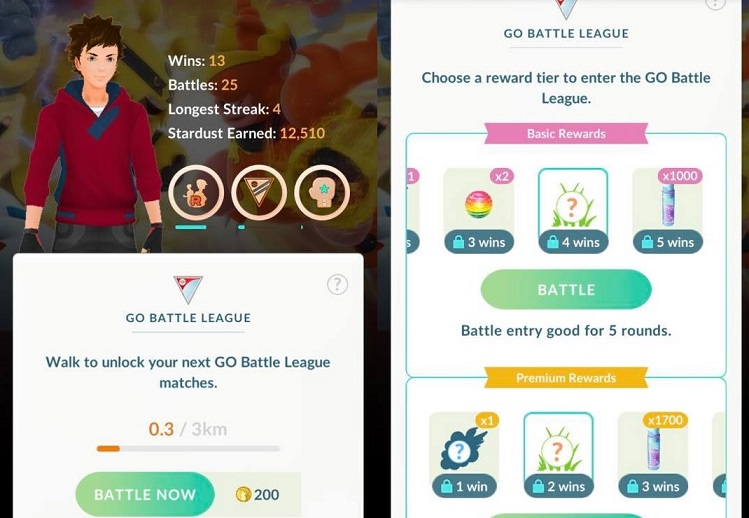 Incentive to be a lower rank

Niantic have announced some impressive rewards for GO Battle League. One of the rewards which is grabbing everyone’s attention is the chance to encounter Darkrai, the Mythical Pokemon.

There are five matches in a GBL set and you can win rewards for each match you win. One of those rewards, for winning at least four of your five matches, is an encounter with a mystery Pokemon.

Sometimes this encounter can be with Darkrai, at least until March 9, 8pm local time. The rate at which you can encounter the Pitch-Black Pokemon is unknown but the mere fact it can be obtained as a reward, and not just in five-star Raid Battles, is well worth taking advantage of.

The issue is winning four of those five battles, though. It sounds easy but when you’re coming up against trainers with the same mission then it becomes hard work.

The result of this has been trainers intentionally losing in an attempt to lower their rank and therefore face easier opposition – known in the community as Rank Tanking. After all, we’re still in pre-season and your rank will be “partially reset” when Season 1 starts.

Giratina reward up next

For those of you worried about missing the opportunity to earn Darkrai as a reward, Giratina will replace it next week. Altered Forme Giratina will be available as a GBL reward from March 13 to March 16, to celebrate the start of Season 1.

It would be wise to make the most of this generous encounter as it seems unlikely Legendary/Mythical Pokemon will be regular rewards in GBL. There’s also the chance of finding the Renegade Pokemon in its shiny form!

How exactly they will alter the reward system remains to be seen but we could see something like rewards given after a certain number of wins, as opposed to winning battles within a set. This is all part of the fine-tuning process ahead of the full launch but it’s interesting to see how trainers take advantage of the current system in place.