The Ultra League portion of GO Battle League Season 1 is underway. Here are the best Pokemon to use in order to get those wins in your quest to master Pokemon Go PvP.

With the CP limit for Ultra League being 2,500 some of the more expected Pokemon emerge as the best choices. Interestingly, there are quite a few options to use, although two or three do come out in front.

Experienced Pokemon Go trainers will be well aware that there’s more to just choosing the Pokemon, too. Each species’ moves play an integral role in determining how strong they are, and therefore how likely they are to win a given battle.

With only a pre-season under trainers’ belts in the Ultra League category, we can expect the meta to evolve over time. However, here are the best choices to climb the ranks in GO Battle Season 1.

Altered Forme Giratina is as close to a must-have Pokemon as you’re going to get in GO Battle Ultra League. Its excellent defense and stamina stats give some impressive bulk – an attribute which is a must for PvP.

Unsurprisingly, its attack isn’t quite as good but that certainly won’t slow the Renegade Pokemon down. Its dual typing of dragon and ghost is just another factor that goes in its favor.

When you combine this with two very good Fast Moves in the form of Dragon Breath and Shadow Claw then you know you’re onto a winner. Both benefit from same type attack bonus (STAB) and are also effective against a few awkward types such as fellow ghost and dragon Pokemon.

Its dual typing also provides resistance against a whole host of types including bug, electric, fire, grass, poison and water. Fighting and normal types will have no chance as they doubly ineffective against Giratina.

Finally, its Charge Move Dragon Claw is also another huge benefit of using Giratina. Not only is it a three-bar move but it compliments Dragon Breath very well as its a ghost-type move.

If you can afford to give the king of the Distortion World another move, then Ancient Power provides some options against more traditional types. Although Shadow Claw is only a Fast TM away, don’t be discouraged if you’re running Dragon Breath and Shadow Sneak (Charge Move) instead.

This still gives you that dragon and ghost move coverage but it should be noted Shadow Sneak is definitely inferior to Shadow Claw. Regardless of whether you have the preferred moveset or not, you’ll be frustrating trainers very quickly with its longevity and the ability to burn through Protect Shields. Just try and avoid dark, fairy and ice-types! 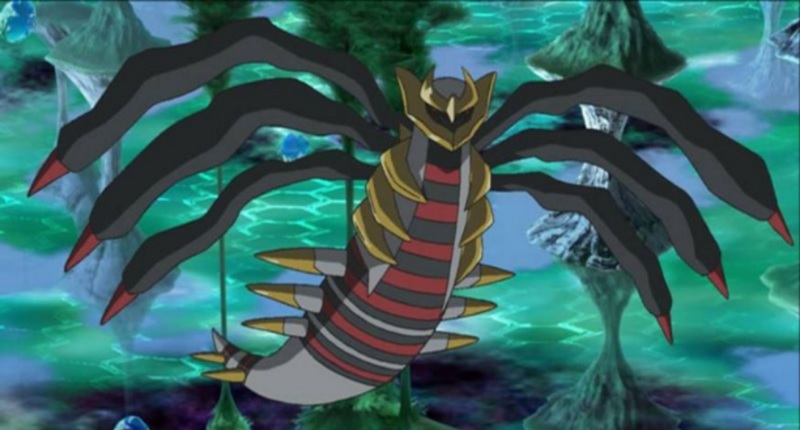 The Origin Forme of Giratina performs similarly to its Altered counterpart. Their stats are exactly the same but their attack and defense is switched.

Therefore Origin Giratina has better attack but lacks the bulk. This gives Giratina-A the edge as bulk is looked upon favorably in the PvP format.

Both can utilize Shadow Claw as their Fast Move but Giratina-O has Dragon Tail as its ulterior option. Both are decent but Shadow Claw is generally considered the superior choice.

It is capable of three Charge Moves – Dragon Pulse, Ominous Wind and Shadow Ball. The latter is the best choice due to its best power to energy ratio.

This then begs the question which of the ghost-type Ominous Wind or dragon-type Dragon Pulse best compliments it. The former requires 27% less energy but does also have a 50% damage reduction.

We know how important getting your opponent to use their Protect Shields is though, so there is a definite upside to this. On the other hand, Dragon Pulse gives a dragon-type attack option and therefore an advantage against fellow dragon species.

Either form of Giratina will serve you well, so don’t worry if you’re after the other one.

Registeel’s max CP of 2,447 is just below the Ultra League limit…

Registeel is a regular appearance in the Pokemon Go PvP meta and GO Battle Ultra League is no different. It’s maximum CP of 2,447 is right on the edge of the 2,500 Ultra League limit which while it makes Registeel powerful it also makes it very expensive to get it there.

This factor could lessen the amount it’s seen or could appear just over the 2,000 CP mark. Don’t let this give you a false sense of security though, as there is only 8% power gain between a CP of 2,097 and its max.

That aside, what makes Registeel such a great option for Ultra League? Well, once again its the defensive prowess, and therefore bulk the Iron Pokemon offers.

It provides more than just fantastic defensive stats though. The introduction of the Fast Move Lock On makes it a nightmare for Pokemon that aren’t fighting, fire or ground-type.

It might provide just one damage per turn (DPT) but the move does boast the best energy generation in the entirety of Pokemon Go. This allows Registeel to somewhat spam its powerful Charge Moves Flash Cannon and Focus Blast.

Both of these are hard-hitting and require a lot of energy. However, this is compensated by Lock On’s energy generation. If you’re using Registeel against a favorable type after your opponent has burnt through their Protect Shields then you’re almost certainly going to win the battle.

The Armored variant of Mewtwo is an excellent Ultra League choice…

The Armored form of Mewtwo, as its name suggests, is a lot stronger than its traditional counterpart. Its excellent defensive stats give it the bulk it needs to be a top choice in Ultra League.

While its attacking stats are pretty average, its diverse moveset and durability make it a good option to have. Watch out for ghost-types though, and avoid Giratina at all costs, because that is a glaring weakness.

In terms of what moves you want Armored Mewtwo to have, Confusion is a must. Iron Tail has poor energy generation and is weak against too many traditional types.

Unlike the normal Mewtwo, Psycho Cut is unavailable here. That’s a good job too though, as it would ascend Armored Mewtwo into the top tier and arguably make it too strong.

Moving onto Charge Moves, there is one that stands out. Many Pokemon Go trainers will be aware of how powerful Psystrike is – the only problem is that it’s a legacy move.

The only time it has been attainable was during the Pokemon Day 2020 celebration event, so naturally, not many trainers will have it. If you do though, make the most of it.

The alternative best Charge Moves are Dynamic Punch and Rock Slide. These are an interesting combination of moves for the psychic-type Mewtwo which may throw off opponents with the surprise factor. Earthquake is another option but this requires more energy. 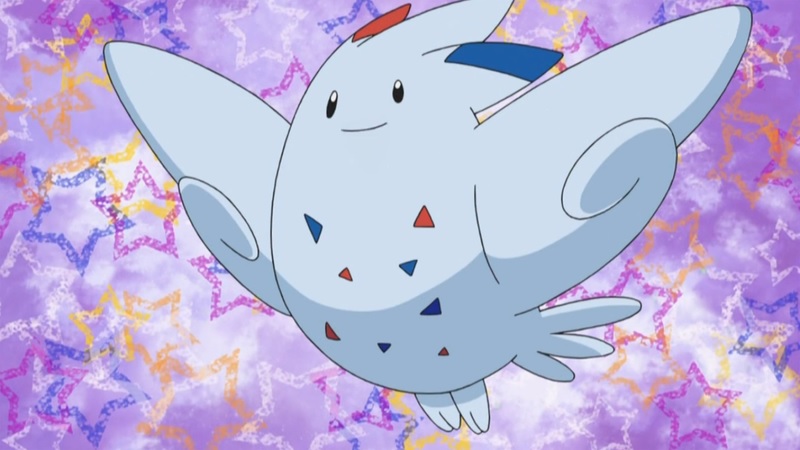 The dual fairy and flying-type is great to have in your back pocket as a Giratina counter. Its rounded stats only add to its appeal for Ultra League.

Its Fast Moves Air Slash and Charm take advantage of STAB. However, both have their drawbacks. Air Slash lacks power and Charm, while very powerful, has very poor energy generation.

Nevertheless, Togekiss doesn’t seem to be an option to burn through opponent’s Protect Shields. Therefore, Charm seems the best option due to its damage and usefulness as a fairy-type move.

The Jubilee Pokemon’s Charge Moves are very diverse. If using Charm then Dazzling Gleam provides little benefit. Aerial Ace gets a STAB boost and along with Ancient Power, only requires 45 energy. Flamethrower is another good option to have to provide something unexpected but only matches the damage the easier to earn Ancient Power offers. 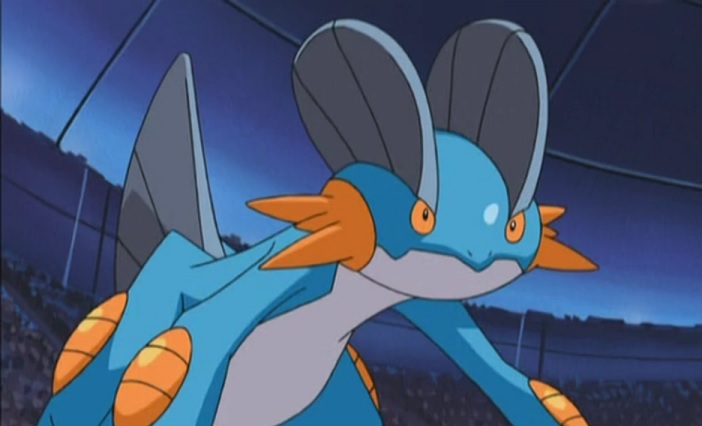 The Gen 3 starter may be a surprise inclusion in the GO Battle Ultra League meta. It doesn’t have any weakness in terms of stats though and has a favorable moveset.

Swampert’s best Charge Move is Hydro Cannon. It requires the same energy as another one of its moves, Surf, but hits for 15 more damage. This would make it an obvious choice but as many of you know Hydro Cannon is a legacy move.

Earthquake and Sludge Wave are Swampert’s other Charge Moves but both need the same energy and have very similar damage. In this case, it comes down to preference. Earthquake may get the nod as it is effective against more types.

If you’re going with the Mud Fish Pokemon then make sure you avoid grass-types at all costs.

Ultra League has many options but these are considered the best. Some trainers will have a different opinion on this, but that’s great as it will contribute to changing meta, which is fun for everyone.

Hopefully you have Giratina ready to go, and regardless of whether you do or don’t, make sure you have a counter ready for it. Now go and get those wins, trainers!