Terrakion has finally made its way to Pokemon Go coming to five star Raid Battles. We look at what this legendary Pokemon brings to the table and how to defeat it.

As part of a trio of November events in Pokemon Go, Terrakion will be introduced to Raid Battles on Tuesday, November 26, 1pm PST (4pm EST and 9pm GMT). Terrakion is one quarter of the Swords of Justice from the Unova region and follows Cobalion’s addition to Pokemon Go from earlier in November.

As far as legendary Pokemon go, Terrakion isn’t all that strong. Its relatively poor stats back this up which are as follows: 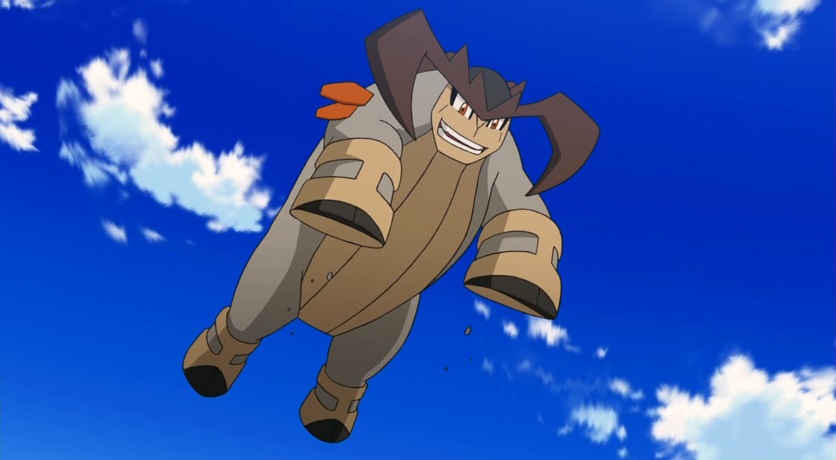 Terrakion is a legendary Pokemon from the Unova region…

It is also vulnerable to an array of types: fairy, fighting, grass, ground, psychic, steel and water. The good news is this makes it fairly easy to defeat in Raid Battles, the bad news, however, is that when you do add it to your team it will be poorly matched against a number of Pokemon.

The best counter to combat the Cavern Pokemon with is Mewtwo, specifically one with a psychic charge attack. We all know how powerful the special Psystrike Mewtwo is and this remains your best option as a counter. Three players with appropriate counters can comfortably defeat Terrakion but it is estimated that just two using Mewtwo will get the job done.

The second best counter is Metagross. The powerful dual steel and psychic-type has excellent attack and defence stats, which combined with its effective steel and psychic moves (especially Meteor Mash) makes it an excellent option.

Given the number of weakness the Gen 5 legend has, there are a number of other effective species that can be used as counters. They are as follows:

Terrakion’s one relative strength is its attack, so we’d recommend focusing on Pokemon with a good defence, unless of course you can field a number of the above.

As Cobalion debuted just three weeks ago, we can expect the third of the Sword of Justice to be featured around December 17. The initial post described its introduction as the first of a legendary trio, which might suggest the fourth member — Keldeo — will be added to the game in some other way. After all, unlike the other three, it is a Mythical Pokemon.