It’s as certain as can be that Team Rocket will soon be making their way into Pokemon Go soon. Niantic have even confirmed the evil team have been seen in the Pokemon overworld.

Update: Team Rocket’s arrival in Pokemon Go could be just days away as the official Pokemon Go Twitter account have been publicly discussing the group. It started with the official Pokemon account notifying it’s Go counterpart of their presence, before Go replied saying: “DM us ASAP! We have to notify Professor Willow right away!” We guess the conversation after that was indeed private – who knows what was said.

Interestingly it isn’t yet known why Team Rocket will be in Pokemon Go but it appears they are setting up some sort of narrative. With Professor Willow involved there will likely be some sort of new special research quest too.

The already seemingly certain arrival of Team Rocket in Pokemon Go has just become even more so. Chrales, who also leaked other information below, has shared a datamined list of dialogue between yourself and Grunts.

These dialogues essentially confirm that Team Rocket will be invading PokeStops in an attempt to steal the items. Upon beating them in battle they will “carelessly” leave Pokemon behind with an ominous aura which will need to be caught in order to save it.

The purification process will help the caught Pokemon to become stronger – another part which backs up the speculation below.

Pokemon Go Fest Chicago and Dortmund attendees have reported that their photos are being invaded by a Team Rocket member. They started appearing at Chicago Fest last month and this has continued into the Dortmund event, which is taking place between July 4 and 7.

There has been another tease though – a hot air balloon has been seen over the Dortmund Pokemon Go Fest, as first highlighted on the official Pokemon Go Germany Twitter account.

The caption is translated to “What a beautiful, relaxed evening. Today was the perfect start to the day #PokemonGOFest2019 in Dortmund!” This is an innocuous enough tweet but eagle-eyed trainers will also notice the hot air balloon has Team Rocket’s infamous “R” logo on it.

At this stage this doesn’t mean a lot, only increasing the likelihood Team Rocket will be featured in Pokemon Go in some shape or form. 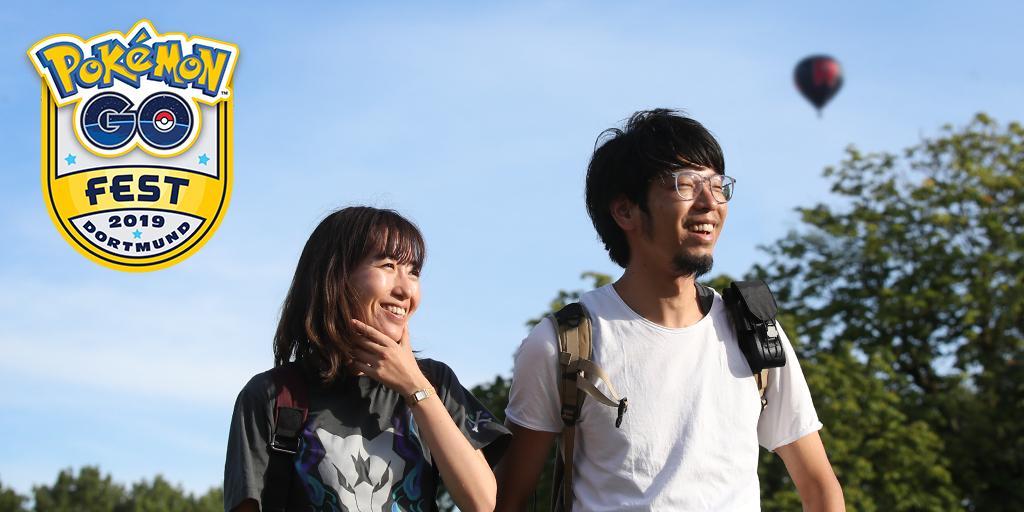 However, when renowned dataminer Chrales shares something Pokemon Go related, there is nearly always truth to it. They shared the contents of the Pokemon Go update 0.147.1 ahead of schedule, which included some rather interesting Team Rocket details as well.

The potentially leaked data suggests there will be a new Team Rocket quest, presumably meaning a new special research quest. Then there is also a new type of encounter called “Invasion” – which would also make sense to be Team Rocket related.

The absolute clearest indication, if not confirmation, that Team Rocket will be causing trouble in Pokemon Go is the array of invasion characters with the code string “grunt” in them.

Grunts are what the lowest-level agents in Team Rocket are called. These grunts are broken down by various types and each of them has a male and female grunt. This suggests encounters can be randomly intercepted by Team Rocket grunts, who you will presumably need to defeat.

When is Team Rocket touching down then?

At this point when Team Rocket will come to Pokemon Go is speculation. However, following the teases at each of the last two Pokemon Go Fest events, it is reasonable to expect another tease at Pokemon Go Yokohama which takes place at the beginning of August.

From there, we might see Team Rocket touch down in the game some time in August. However, given the code is already being discovered in Pokemon Go, Niantic could surprise us and do it somewhat of the blue – prepare for trouble!