Pokemon GO made its groundbreaking debut in 2016, and became an absolute cultural phenomena. Mobile users from around the world ventured outside to catch their favorite monsters in the real world.

In 2018, developer Niantic introduced Community Day celebrations that gave Trainers a chance to catch a specific ‘mon. However, for this October’s event, some players became furious after fans voted for Charmander for a second time.

The popular fire Pokemon gets another Community Day event this October.

On August 20, the official Twitter account for Pokemon GO announced that they were holding a voting poll to decide September and October’s Community Day events. Players had the choice between Caterpie, Grimer, Porygon, and Charmander.

After 24 hours, the votes were tallied and the two monsters that the community chose were Porygon at 55%, and Charmander at 36%. The other two Gen I characters didn’t stand a chance. However, the results immediately sparked backlash from players.

Charmander began trending on Twitter after fans took to social media to vent their anger. Many GO fans were furious that Gen I Fire starter won, since the monster already had a Community Day Event in previous years.

The votes are in! These Pokémon earned the most votes in our Community Day Twitter poll and will be featured in our upcoming September and October #PokemonGOCommunityDay events! Thanks for voting, Trainers! pic.twitter.com/UsL9TJTSPw

Players such as ‘CraigStmar82’ hit out at fellow voters, exclaiming, “If you voted Charmander, please remove yourselves from this game. You are not considered apart of this community.” ‘AnaKelkel’ said, “I’m skipping October then. As are probably a lot of players since Charmander is such a sh**ty choice.” Trainer ‘ValarMorales’ agreed, “Pokemon GO community is so stupid.” 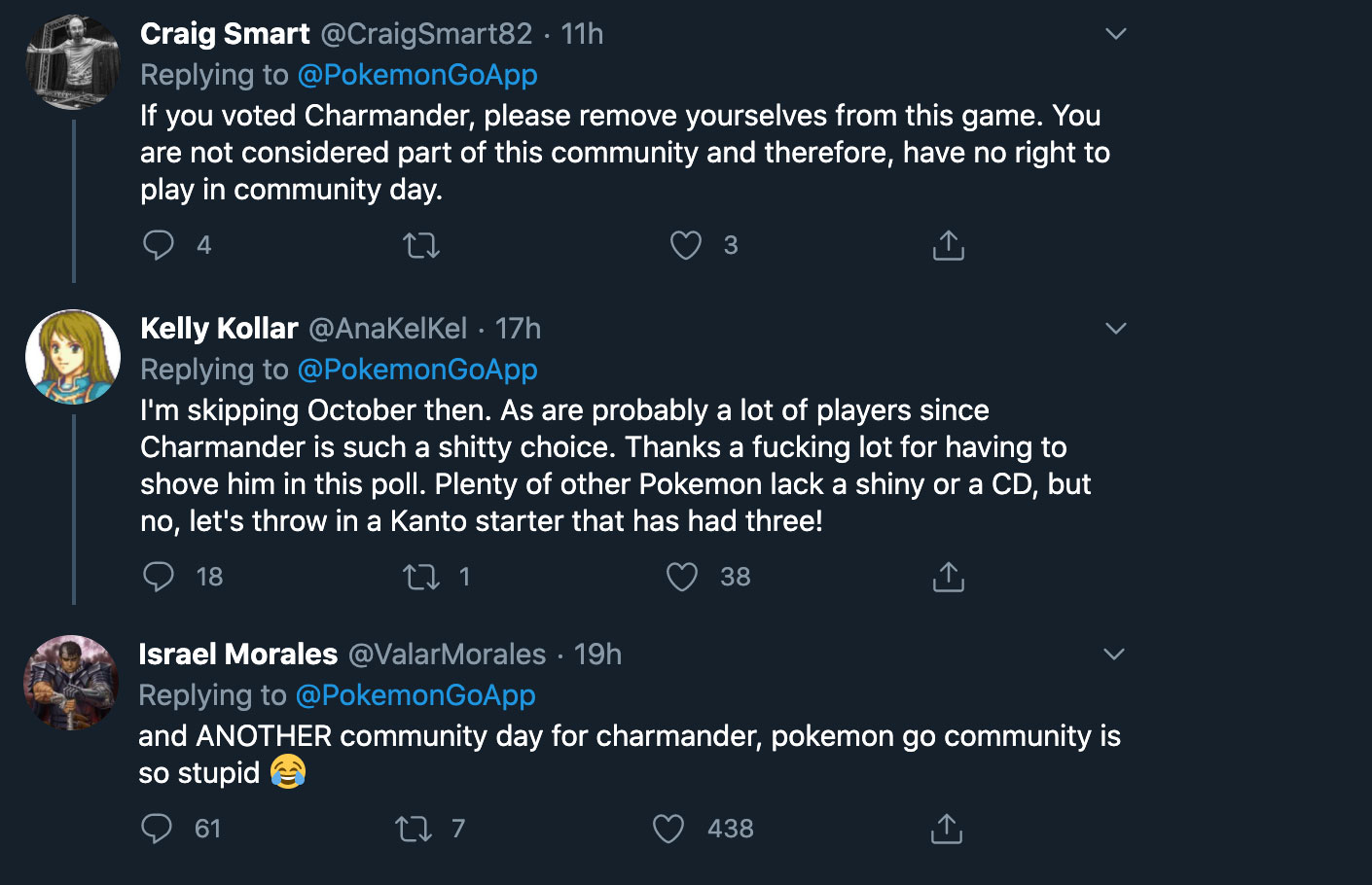 Not every GO Trainer was as angry over the results, as some found a bright side to the repeat Charmander event. ‘Ravearite’ tweeted, “I knew the simps would vote charizard. I don’t have it so it will be new to my collection.” Poke fan ‘BNJM37’ posted, “Jesus f**k it’s a game, some people didn’t play when it was out last time.” 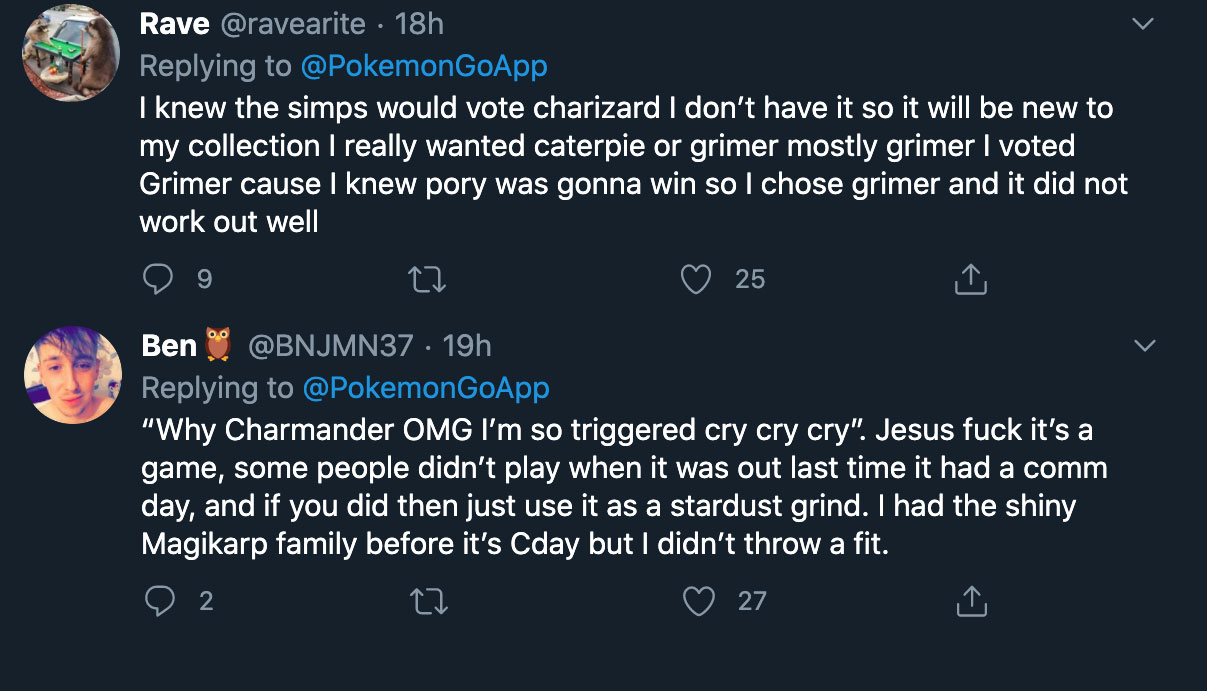 For those interested in the upcoming events, Porygon will be the star of September’s celebration. The Normal-type could eventually be upgraded to a Porygon-Z with the powerful Tri Attack move.

October belongs to the wildly popular Gen I Fire starter Charmander – whether some like it or not. The adorable dinosaur-like creature can evolve into the mighty Charizard with Dragon Breath.