Pokemon Go catch tips – How to increase your capture rate

The core premise of Pokemon Go is to catch Pokemon, so you may as well give yourself the best chance of doing so with our capture tips below.

How you throw Pokeballs determines the likelihood of the capture. Different Pokemon will be harder to catch than others depending on their strength and rarity.

What is consistent though, is certain types of throws, how accurate they are, the ball you use and the use of berries, all increase a player’s chances of capturing that Pokemon.

Let’s go through how each of these affect the odds of a successful capture. All of the below odds are in comparison to using a Pokeball with a straight throw and no accuracy bonus.

There are two ways to throw a Pokeball which will produce one of four different levels of accuracy. Those two ways are straight ball (known as a normal throw) or a curveball – the latter is slightly harder to pull off but is rewarded with a higher success rate of capture.

Depending on the accuracy and timing, each throw will either be Normal, Nice, Great or Excellent. Each of these increasingly add to the likelihood of capture.

The improved odds of these are as follows but actually depend on the radius of the circle when the Pokeball hits. Therefore, the multiplier can range anything from 1 to 2:

It will come as no surprise that using a Great or Ultra Ball also increases your chances of capture. The increased odds are fairly significant too and are as follows:

Use Berries for an extra boost

Much like Pokeballs, using Berries is another way to increase the odds by simply flicking the screen. There are two types of Berries that will boost your chances of capture – Razz Berry, Golden Razz Berry and Silver Pinap Berry. Those odds are: 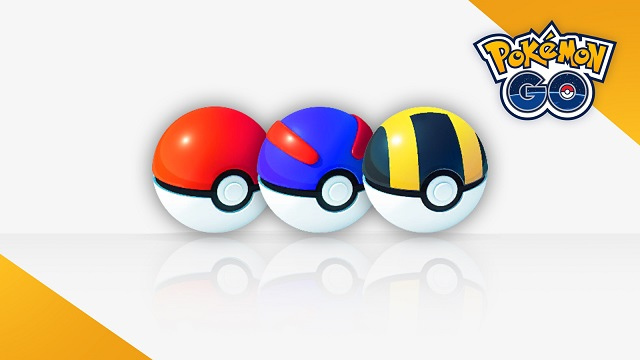 All of these factors can be combined to significantly increase your chances of capturing a given Pokemon. The likes of Pidgey and Rattata can often be caught by simply throwing a normal Pokeball.

However, encounters with Legendary Pokemon warrant taking the time to make your throw accurate. Often you will have limited Premier Balls to make the capture, so each throw is very important.

If we give throwing a normal Pokeball, thrown in a straight line without the use of berries or any accuracy bonuses, an index number of 1 then we can compare it to various other combinations.

The easiest way to increase your odds every throw is using a curveball. It isn’t a difficult skill to master and when you have done it enough times, it will become second nature.

It also isn’t difficult to consistently hit Nice and Great throws while doing it. For the sake of this example though, we’ll use a nice throw. Additionally, we’ll throw in the use of a Great Ball. These will combine to give you a 3.31x (221%) higher chance of capture – this highlights the significance of the above multipliers.

If we put absolutely everything in our favor – the use of an Ultra Ball, curveball throw, Golden Razz Berry and Excellent accuracy – then this will give you 14.45x chance of success, which equates to 1345%.

Berries, especially of the golden variety and higher level Pokeballs can be a scarce resource in Pokemon Go, so use them accordingly. Throwing a curveball and doing so accurately are two things that can be done every throw, though.