Niantic are kicked off Mega September in style, giving trainers the chance to buy three Pokemon Go Remote Raid Passes for essentially free. An additional three, for one PokeCoin, are also coming soon.

Bundles of three Remote Raid Passes in the mobile game usually cost 250 PokeCoins. Instead, they have cost just one PokeCoin – yes you read that right.

The bundle will be available to purchase until Wednesday, September 30, 1pm PDT (4pm EDT, 9pm BST). However, in order to be eligible for this special one-time offer, you will need to have less than three Remote Raid Passes already.

Trainers, next week on September 10th, we’ll be releasing a second 3 Remote Raid Pass bundle for 1 PokéCoin. We will be sharing further details through our official channels the week of September 14th, please stay tuned!

How to buy the 3 Remote Raid Passes

Purchasing the special discounted bundle is easy and is the same on both iOS and Android. 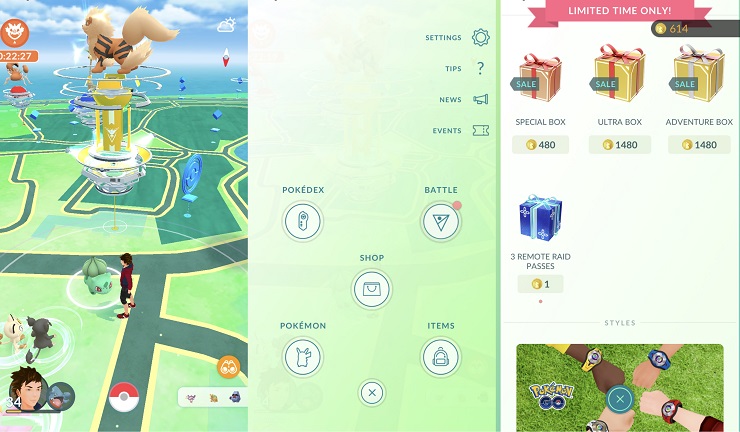 What is a Remote Raid Pass?

With the need to make Pokemon Go more play at home friendly, Niantic introduced the new Remote Raid Pass earlier this year. As the name suggests, it allows you participate in any Raid that you can see on your nearby screen.

There are ongoing bonuses for Remote Raid Pass users, too, which last until the end of September. Firstly, those using one will receive the benefit of additional damage during Raid Battles. Secondly, more trainers can actually enter the Raid Battle when using a Remote Raid Pass – this of course means it will far easier to take down that Raid Boss.

With Mega Evolution now in Pokemon Go, and subsequent ‘Mega Raids’ to compete in, the Remote Raid Pass bundle comes at an excellent time!