Pokemon Go: How to make the most of buddy candy, distance and tips - Dexerto
Pokemon

Pokemon Go: How to make the most of buddy candy, distance and tips

The Pokemon Go buddy system is an excellent way to get specific species’ candy without having to find them in the wild, or elsewhere. It’s important to understand how it works to make the most of it, though.

It was introduced in September, 2017 allowing you to earn candy for a specific Pokemon by simply walking with it.

How to get buddy candy?

To get buddy candy for a specific Pokemon, you will need to select it as your buddy. This can be achieved using the following steps:

Choose a Pokemon that you actually need candy for, not one that just looks cute to walk with. If you don’t want any additional candy, then, yes, you can just choose your favorite.

It is important to note that if you have already selected a buddy Pokemon, that changing them will cause any progress you have made towards the next candy to be lost. 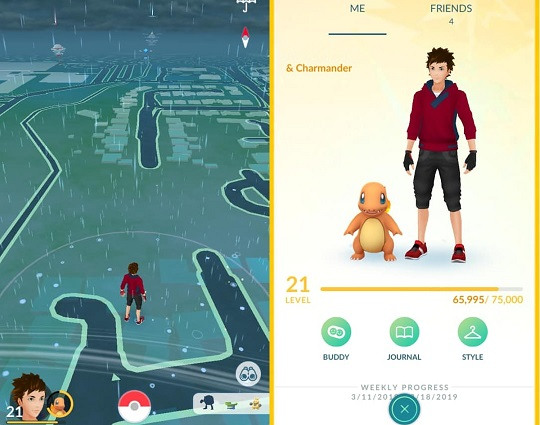 It is important to note that if you have already selected a buddy Pokemon, that changing them will cause any progress you have made towards the next candy to be lost.

It is also wise to avoid evolving your buddy Pokemon. This is because when it evolves it counts as new Pokemon, erasing the distance you have currently travelled with it.

Buddy distance – how far to walk?

Buddy candy is rewarded after walking a certain distance with your selected buddy Pokemon. The distance required to walk varies between different species.

Generally, the rarer the Pokemon, the further you will need to walk to generate a candy as they are naturally harder to find in the wild.

For example the likes of Pidgey are just 1km per candy whereas a rarer Pokemon such as Magmar are 5km. All legendary Pokemon such as Articuno and Lugia are 20km. Pokemon of the same evolution line, for example Charmander, Charmeleon and Charizard, always require the same walking distance.

Buddy tips – which to select?

You should always a select a Pokemon to buddy up with that you need candy for. This could be because it’s a powerful Pokemon which you want to power up or you could be close to evolving it. Basically you should have a goal in mind for that Pokemon.

How far you need to walk to earn that candy also needs to be considered. For example if you have an average IV legendary Pokemon, it isn’t worth walking the 20km to earn a candy. In contrast, if you are one candy away from being able to evolve a high IV Vulpix, then it’s worth selecting it.

Species such as Magikarp and Swablu need a lot of candy to evolve, so they are two Pokemon that would make an ideal buddy. However, don’t prematurely evolve Magikarp as evolving the harmless fish is one of the special research tasks from the sixth stage of “A Mythical Discovery”. If you already have, you’ll need to find another 400 Magikarp candy! 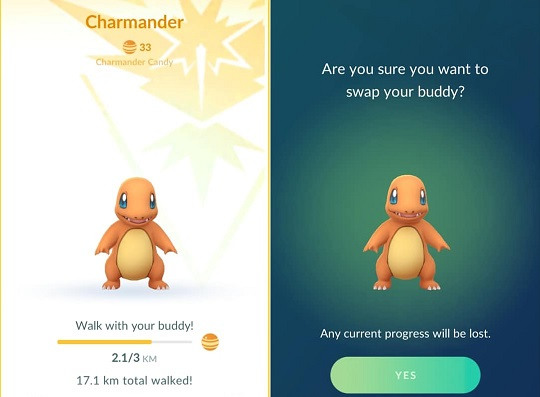 Which buddy Pokemon sit on your shoulder?

A lot of Pokemon Go trainers ask the question which buddy Pokemon sit on your shoulder. Well, here is that list. Pikachu is special whereby it will move to your shoulder after walking 10km.

There are also Pokemon which can be held in your arms. They are as follows: