What to expect from Pokemon Go in 2019? - Dexerto
Pokemon

2018 was a successful year for Pokemon Go. Niantic have started 2019 on fire, with more Pokemon Go content than ever.

There were concerns that with Pokemon Go being in its second year, that it might stagnate. The game at its core is somewhat repetitive. It is because of this that many critics speculated the game would struggle.

This has been proven false, primarily due to the incredible sums of money Niantic are still making and secondly due to the high numbers that continue to play the game.

Pokemon Go raid battles were introduced in mid-2017. However, it wasn’t until 2018 were they became a regular occurrence. This was one of the features that contributed to user engagement in 2018.

Elsewhere, there was also the addition of field research. This is an in-game task, that when completed, generates rewards. Field research was first introduced in March 2018 and has been a popular feature in the Pokemon Go Community.

Pokemon Go Community Days were relatively consistent throughout 2018 in terms of magnitude. From January to November, a single Pokemon was the focal point of the day. December proved to be different, however. All 11 previous Community Day Pokemon from that year were available. Whether this was just a special Christmas bonus or a sign of things to come in 2019 remains to be seen.

Finally, 2018 saw the introduction of the much demanded PvP mode. Pokemon Go forums had been littered with requests for an actual trainer battle mode within Pokemon Go. December 2018 was the month it was finally introduced.

It will be interesting as well as exciting to see what ideas Niantic have for Pokemon Go in 2019.

Raid battles and field research are proving popular features. As a result, expect these to continue to feature throughout 2019, perhaps with greater frequency. Furthermore, there will also likely be further modes added to engage Pokemon Go players.

The recent Hatchathon event is an example of a random, new event coming out of the blue. Clearly the event is designed to increase engagement and to keep trainers catching (or hatching) those Pokemon!

The pattern of Niantic’s increased Pokemon Go schedule seems to be emerging. There are of course the monthly community day and, based on 2019, these are supplemented with once a month limited research events. Furthermore, there are also topical two week long events which offer various bonuses. Finally, there has been less significant month long events which usually include a shiny. These events all run alongside each other. 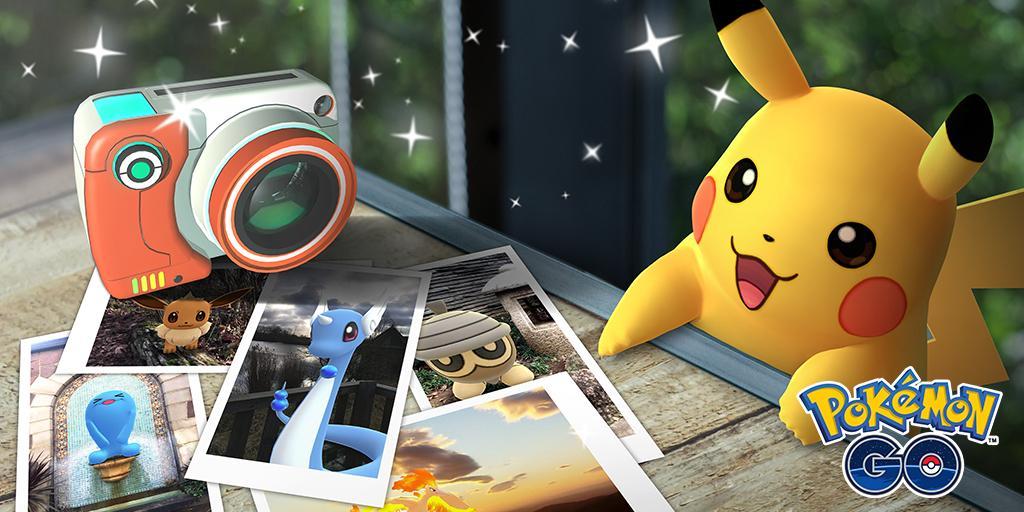 The newest confirmed feature for Pokemon Go is SnapShot! (Image from: @PokemonGoApp)

The focal point of Pokemon Go in 2019 could be trainer battles. The introduction of PvP within Pokemon Go went relatively smoothly. While the mode does give Pokemon Go players the functionality to battle it does so in a rather limited, basic format.

Therefore, we can expect this mode to be improved upon which may result in a more skill-based experience. Of course a large part of the Pokemon community would like to see a turn based system implemented, a la the main Pokemon games.

A complete overhaul to make it a turn-based system may be a little far fetched. There have been discussions about including battle elements from the mainline Pokemon games. These include status effects, such as sleeping and confusion, and mega-evolution.

This prediction has proven to be correct with the recent addition of status changes within PvP battles.

Gen 4 Pokemon have slowly been released into the Pokemon Go wild. It isn’t a stretch to say that 2019 will see all Gen 4 Pokemon released.

Another feature that has the potential to be added is breeding. Whilst not discussed among official Pokemon channels, it is a request that frequently appears in the Pokemon forums.

Elsewhere, cheating, or more specifically spoofing, has plagued Pokemon Go since release. Could 2019 be the year that Niantic finally stop it in its entirety. The answer is probably not but no doubt there were be further deterrents put in place.

Finally, it is also worth noting that the introduction of 5G is just around the corner. This could open Pokemon Go up to new possibilities and at the very least improve the stability of the game.