A datamine has revealed a new lucky friends feature is within the code of Pokemon Go. It guarantees a lucky Pokemon when trading.

Update: Niantic have announced and confirmed details for the new lucky friends feature.

If you are fortunate enough to become lucky friends, then much like when you reach a new friendship level, you will receive a notification telling you. This means your next trade is guaranteed to result in lucky Pokemon for the both of you. Following this trade you will revert back to best friends but can become lucky friends again in subsequent days. 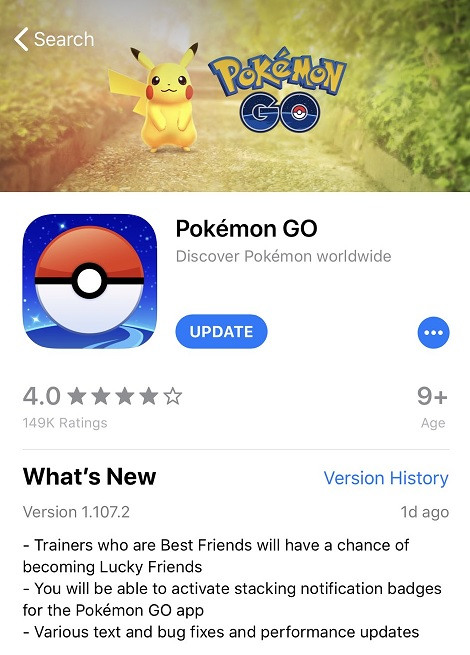 At this stage there have been no official communications with Niantic about this new feature. Consequently, we only have this datamine to go from.

What we do know however, is there will now be the ability to have someone as a lucky friend which will guarantee a lucky Pokemon when trading.

Whether you can force being a lucky friend with someone remains to be seen. It also isn’t clear how frequently a trade with that lucky friend will result in lucky Pokemon.

Trading Pokemon, especially older ones, is the best way to get lucky Pokemon…
[ad name=”article3″]

Lucky Pokemon in Pokemon Go have two benefits. Firstly, the stardust needed to power up that Pokemon costs half as much. Secondly, a lucky Pokemon will have minimum IVs of 12/12/12.

The first part is a huge benefit because stardust is a scarce resource in Pokemon Go and powering up a Pokemon, at least to its full potential, is rather costly. To power up a Pokemon from level 1 to its maximum level cost 270,000 stardust.

The minimum IVs of 12 in each the attack, defense and stamina categories are also useful. This means a lucky Pokemon is guaranteed to have an IV of at least 80%.