We are learning more about Pokemon Sword and Shield as the game gets closer to release, but one part that remains shrouded in mystery is the post-game.

Some Pokemon fans believe they have it all worked out, though. It remains speculation but the clues we have available so far lead to the Kalos region, literally.

The Galar region map showed us train tracks across the region including some go into a tunnel and the ending is unknown. We also know that there are caves within Galar that have train tracks on, through the first trailer of Pokemon Sword and Shield.

The significance of this is that the Kalos region, which was the setting of Pokemon X and Y, had almost identical caves. Both are littered with random gems and have similar coloring. The implication here is that Galar and Kalos are connected.

The evidence of the two regions connecting isn’t limited to the caves, however. The story-line of the aforementioned Pokemon X and Y is based on a big war with an unnamed region.

These games may have been made all the way back in 2013 but there are still a lot of unanswered questions about them. Perhaps those answers are finally coming in Pokemon Sword and Shield.

Furthermore, it is also suggested that the development of Pokemon Sword and Shield would have started in 2013. This is based on standard development cycles of Pokemon games.

Could the story have been made with the eventual release of Sword and Shield in mind? 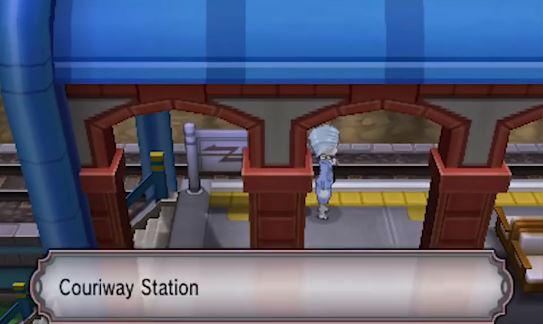 Additionally, there is also a train station within Kalos in Couriway Town. Throughout the course of the game, the train station is unavailable to use and it was never revealed why.

The latest batch of Pokemon Sword and Shield information, from an August 20 trailer, also showed a train station in an unnamed city or town in Galar. While not astounding news it does confirm that trains will play a big part in the game, at least in terms of travelling around the region – or even different regions!

Without being explicitly stated, it is clear that Kalos is based on France, and Galar on Britain – which means they also align geographically. The train stations in both regions and train tracks alike could well lead to one another!

It may be a little far-fetched (not the Pokemon) but Junichi Masuda certainly has a lot of pictures with trains from his Twitter account. The Director at Game Freak has shared an array of images by trains from his personal life.

These could well be completely innocuous but some believe it is indeed teasing Kalos.

This type of tease isn’t unheard of as Pokemon Sword and Shield was actually teased well in advance of its reveal with an employee of Game Freak brandishing a sword and shield in an office.

The evidence points towards the inclusion of Kalos and at this point, for us at least, it would be a surprise if the France based region wasn’t the setting of the post game, or even main story-line. We must stress though, this is far from confirmed and is merely speculation.