Pokemon is one of the biggest media franchises in the world today, so it’s no wonder people want to copy its content in some form. The latest high profile case of this is a new game called Capsmon Adventure: Brave Heroes Assemble.

The Pokemon Company have had to deal with their fair share of rip-offs over the years. These vary from outright copies, which are subsequently copyrighted, to faux copies such as the late 90s TV show, Digimon.

Of course, there have been plenty of copied games attempt, also. The latest of these, Capsmon Adventure: Brave Heroes Assemble, is shockingly still available to download now.

It is available on PC, mobiles, Hub and HoloLens via the Microsoft Store. According to the listing it released on March 30 this year, which if true is astounding considering the length of time it has remained up there.

Capsmon (we’ve got to laugh at the name) has now been available for more than two months and the Microsoft Store summarizes the game as:”Capsmon Adventure is a capsule-monster collection game with cute cartoon figures and beautiful and delicate scene, which provides you with lots of fun when exploring the fantastic Capsmon world!”

The artwork for the game doesn’t even attempt to hide its likeness to Pokemon. In fact it outright copies it at every turn. 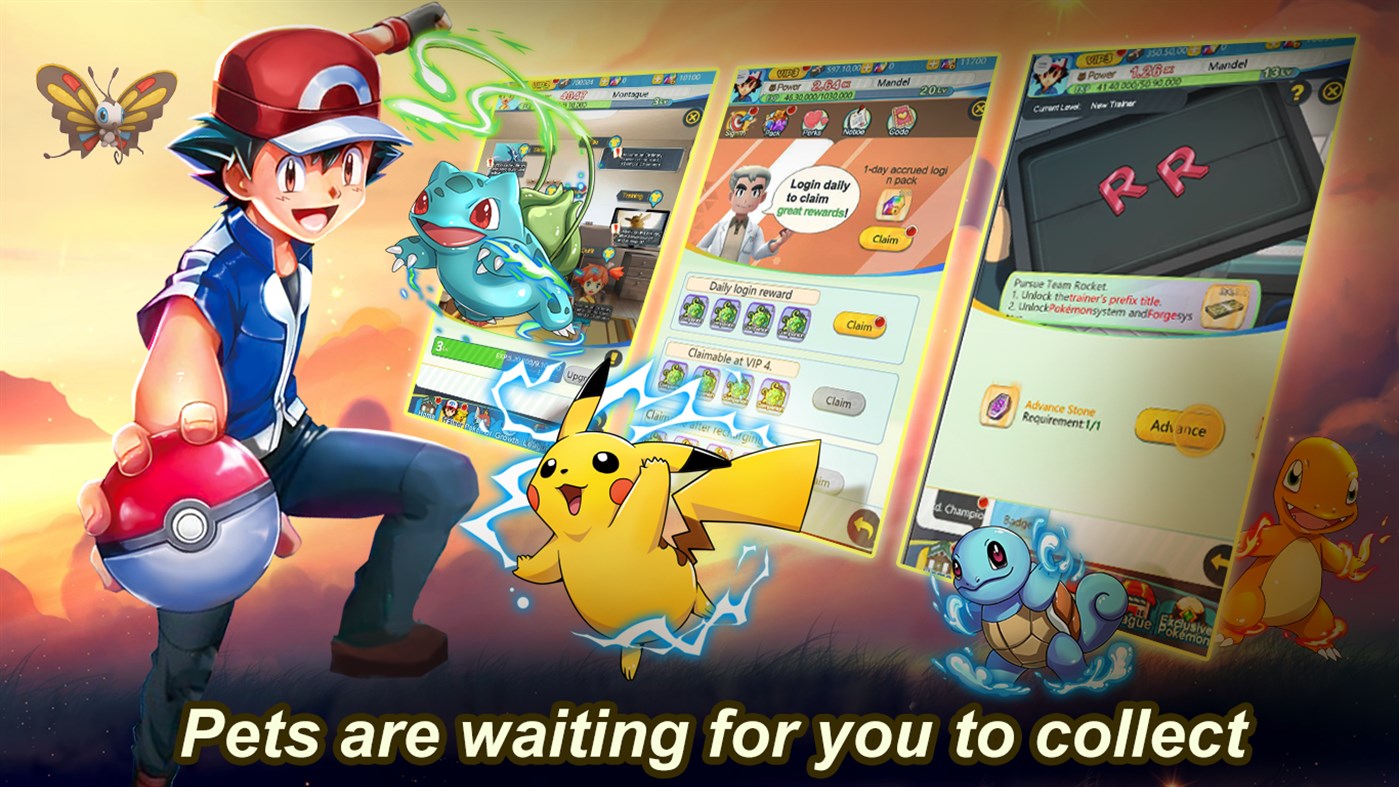 The Capsmon Adventure is far from subtle when copying Pokemon…

They did make the effort to not replicate the Pokemon name, though, instead referring to them as “Pets”. Given the images of Pikachu, Ash, and company, we doubt this change of name will prevent it from getting taken down at some point.

It’s astonishing the game can still be downloaded but surely it will be taken down sooner than rather later. Nintendo don’t take kindly to minor infractions let alone ones as blatant as this.

We can’t comment on how good or bad the game. However, if you want to play a real Pokemon game which won’t get taken down, the Isle of Armor DLC is coming to Pokemon Sword and Shield next week. There won’t be any Capsmon appearing, we can guarantee you that.