Musician Anton ‘Zedd’ Zaslavski had his own Widowmaker skin shown off during the Overwatch League Grand Finals opening ceremony, and fans are going wild.

The Overwatch League Grand Finals came to a close on September 29, capping off a wild weekend at the Wells Fargo Center in Philadelphia, PA.

During the opening ceremony, DJ and music producer Zedd performed on stage, but not before a Widowmaker skin made in his honor was shown off.

As the event started, viewers were immediately met with a clip of Widowmaker zipping into shot with her Grappling Hook, as Zedd’s logo flashed up on screen. “Ladies and gentlemen, welcome to the stage… ZEDD!” the voiceover called out.

The skin the character was shown to be wearing was pink and teal in color, and had the musician’s logo on the side of her Widow’s Kiss gun, on the scope, and also tattooed on her back.

While fans were only treated to a short glimpse of the skin, they still went wild in Twitch chat, with many users screaming “ZEDD?!” and “ZEDD WIDOW SKIN!”

One fan even went so far as to comment on the musician’s performance, stating “Be better than DJ Khaled!” – a reference to the American’s heavily-criticized performance at 2018’s OWL Finals in Brooklyn, New York. 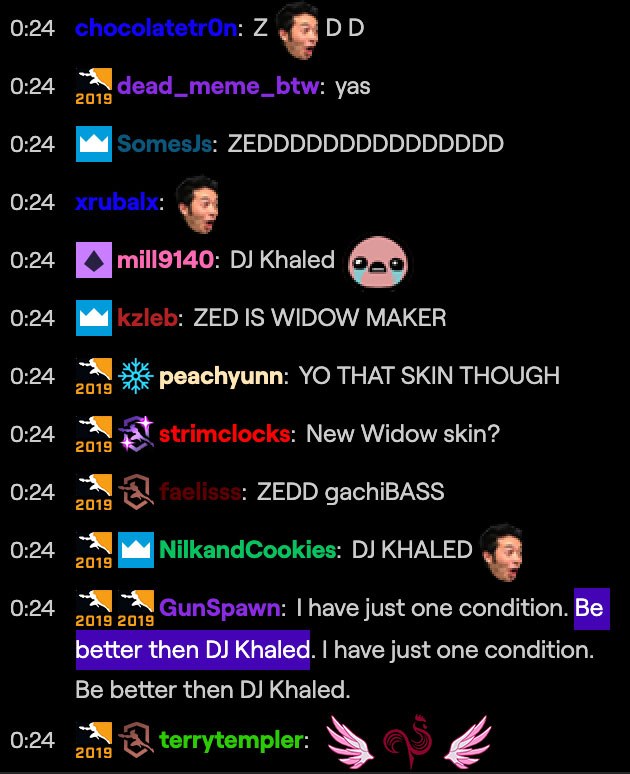 Twitter also popped off, with players begging Blizzard and the Overwatch team to add the skin to the FPS for real.

“The Zedd Widowmaker skin totally needs to be in the game!” one user pleaded.  “I need that Zeddomaker skin, please tell me I can get it.” another said.

People really want it in the game for real.[ad name=”article5″]

It is currently unclear as to whether the Zedd Widowmaker skin will be coming to the game or if it was just something created solely for the OWL Finals, but fans can hope.