Storm Rising is set to begin on April 16, and there’s only one more skin to be revealed before the event begins. 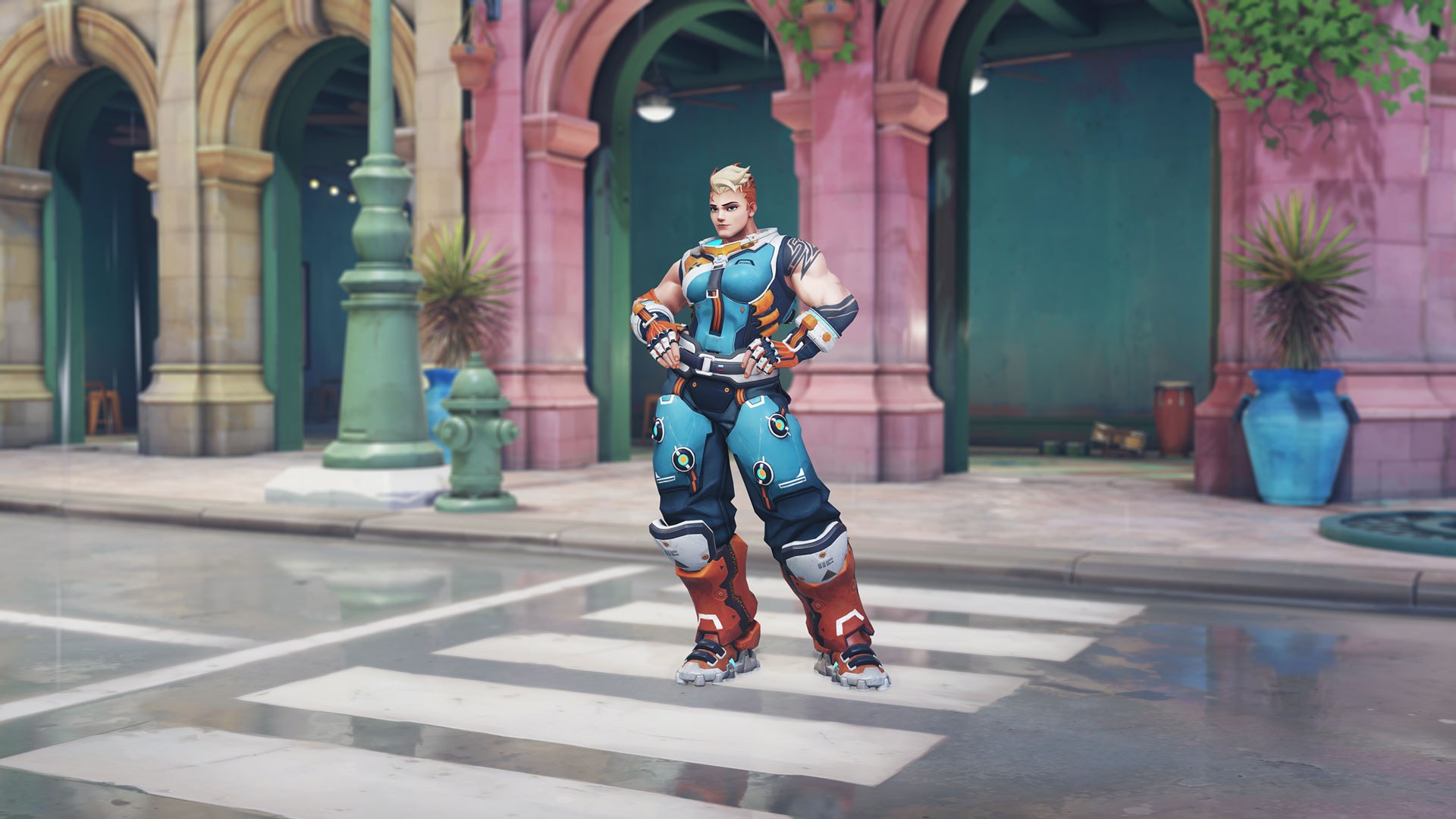 Zarya’s newest skin is called “Racer,” and both recolors Zarya’s outfit and changes the color of her hair.

Her particle cannon has been recolored to match her outfit, but this skin does raise the question of what exactly Zarya races: Cars? Horses? Robots?

Since the skin is an Epic, it will cost players 1500 coins to purchase if they don’t get it in a loot box.

Some fans seem happy with the new skin, but a lot of people on Twitter seemed disappointed that the second-to-last new Storm Rising skin is a simple recolor for Zarya, instead of a skin for someone who hasn’t had a new cosmetic in awhile, like D.Va, for instance.

Brace for the race.

Put the pedal to the metal as RACER ZARYA (Epic)!

Overwatch’s Storm Rising is the third annual Archives event, and will feature a brand-new PvE mode that has Tracer, Winston, Mercy and Genji face off against Maximilien, Doomfist’s Omnic accountant.

Including Zarya, eight new skins have been revealed for the event, which leaves just one unaccounted for. If we look at the leak from April 10, the only heroes we haven’t seen a new skin for is Ashe and B.O.B. so that makes them candidates for the final reveal.

Storm Rising is set to begin on April 16, but Ashe mains will be eagerly awaiting the reveal of their favorite heroes newest skin, hopefully coming on Monday, April 15.