This Overwatch fan predicted Junkrat’s Krampus skin a year ago

“Krampus” is the newest Junkrat skin, and was revealed after skins for Zarya, Mercy, Lucio, Widowmaker, Bastion and Symmetra in the week leading up to the beginning of Overwatch’s Winter Wonderland event on December 11.

But it wasn’t the first time the Australian has been conceptualized as the half-demon, half-goat that preys on naughty children.

Chilean artist and Overwatch fan P-Cate drew a Krampus Junkrat in a christmas Overwatch comic last year that is almost exactly like this year’s new skin.

In the comic, Mei is celebrating the Christmas season before she’s interrupted by Junkrat, who has horns and a coat that look exactly like his recently revealed Krampus skin for this year’s Winter Wonderland event. 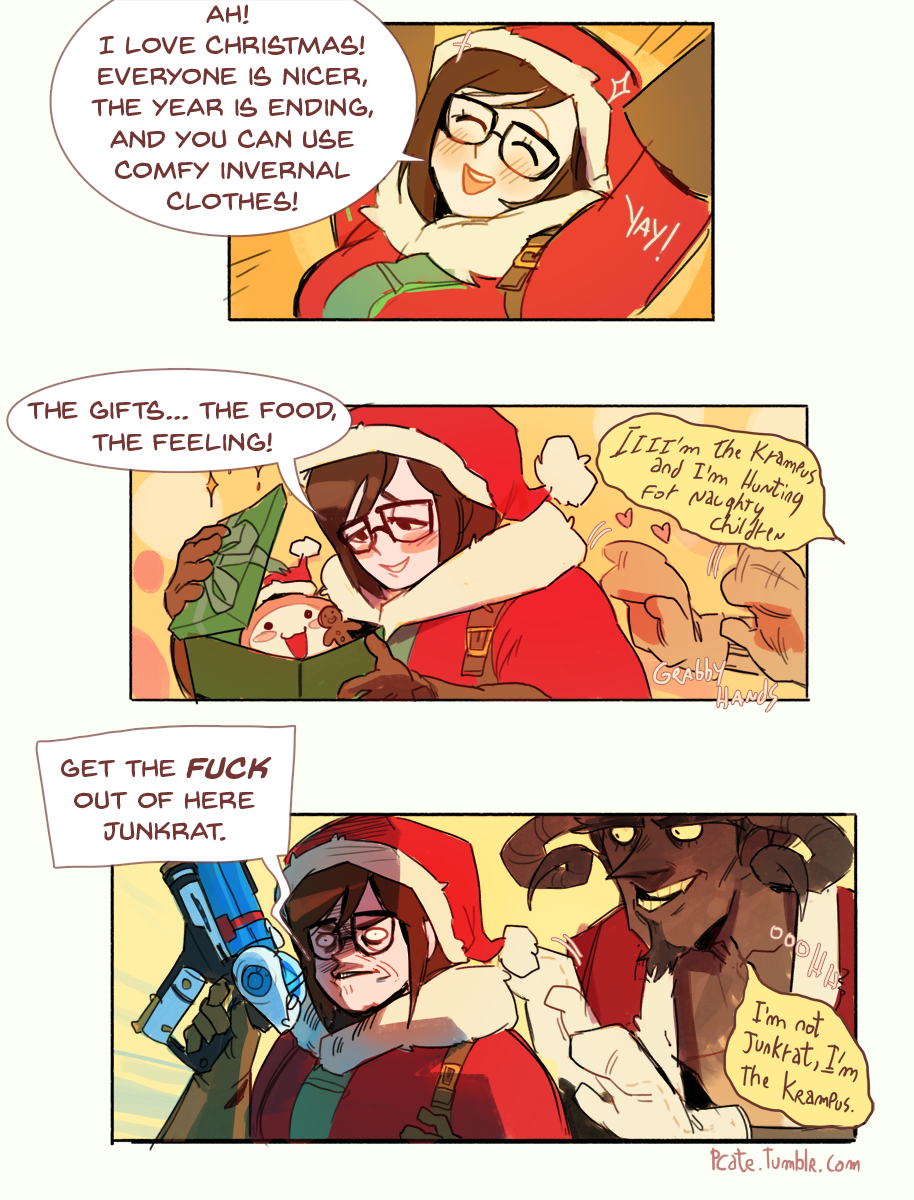 P-Cate has made a ton of Overwatch art, which she usually posts to her Facebook page, but none are as prophetic as the Krampus Junkrat comic.