There’s a lot of great Overwatch skin concepts created by fans out there, but this concept for Hanzo from artist ‘EmBBu’ could be as close to perfect as one can get.

Hanzo is either hated or loved by Overwatch fans, with very few falling in between; what makes this skin concept so great is that it can be enjoyed by members of the different camps at the same time.

EmBBu posted the concept to Twitter, where they said they were still amazed someone had paid them to create the masterpiece. 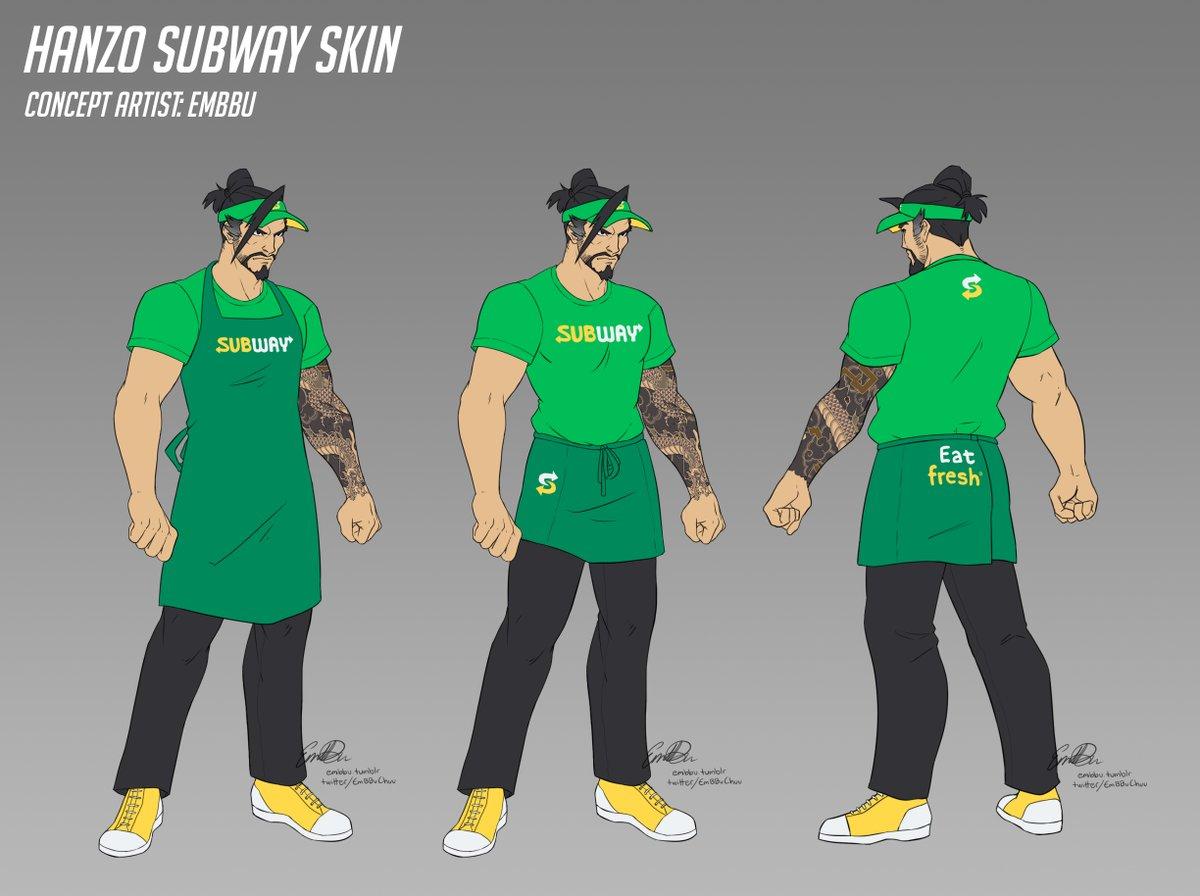 The concept features Hanzo reimagined as a Subway Sandwich Artist, ready for his shift whipping up ‘Five Dollar Footlongs’ for the hungry masses.

He has the appropriate Subway branded hat, shirt and apron that are probably required for dress code, and some nice non-slip shoes for working in the kitchen.

The best part of this skin has to be his ultimate, where EmBBu replaced Hanzo’s dragons with two massive and delicious looking subs twisting around each other. 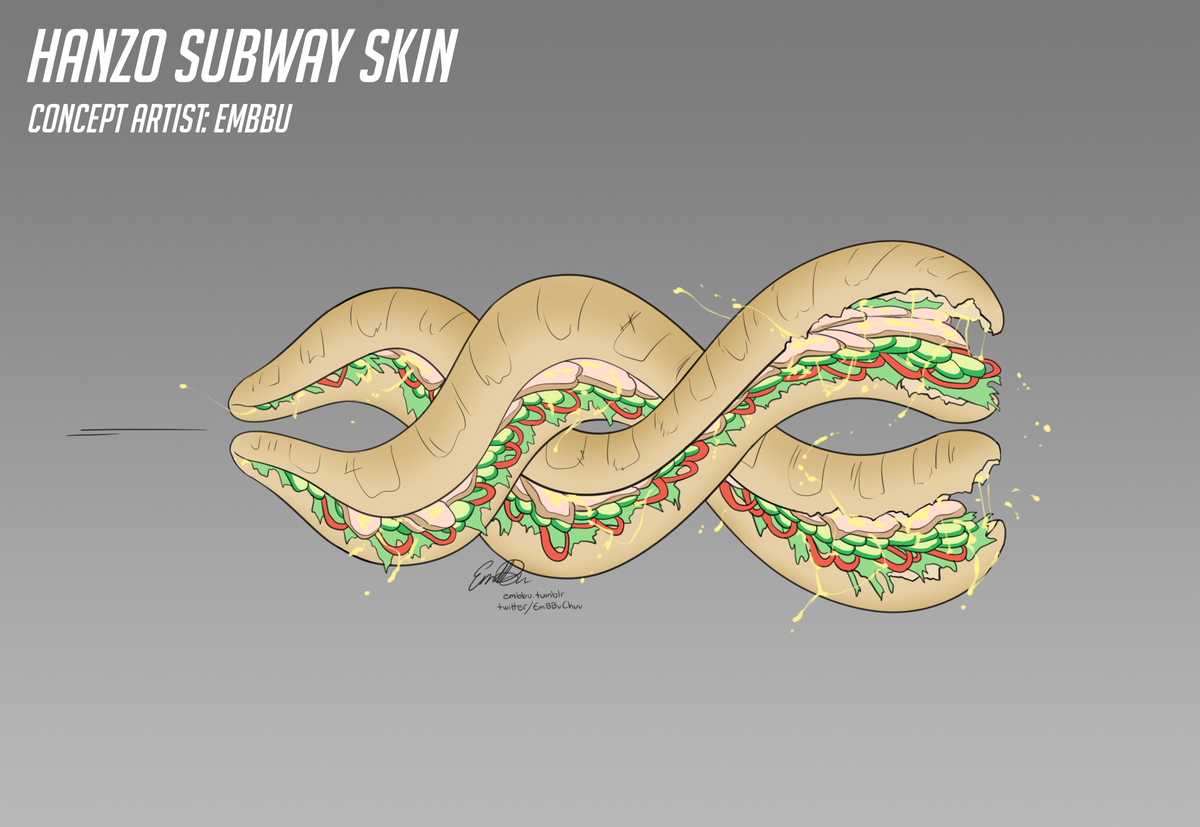 Sadly, this skin will probably never happen in real life due to numerous copyright and trademark reasons, but that doesn’t make it any less awesome.

I got paid for this.
I got actual real life money for drawing this.

(not sponsored by subway nor blizzard) pic.twitter.com/NkYmXZ1WyS

Maybe if Subway becomes a big Overwatch League sponsor someday, they’ll make skins like this one real, it would probably have to be a pretty big sponsorship though.

Hanzo wasn’t the only hero to get a fast food makeover this week, as several creative Redditors made Ashe and B.O.B. into a pair of baristas.