An Overwatch fan has created an incredible Wrecking Ball skin concept that would fit perfectly with the Lunar New Year in-game event.

As this year’s Lunar New Year event – the Year of the Pig – approaches, fans have been suggesting the kinds of designs they’d like to see for the new cosmetic items.

Overwatch fan ISAAC9797 has created an incredible concept design for a Wrecking Ball skin, called “Celestial Ball”, which is not only visually stunning but also fits perfectly with both the aesthetic and theme of the Lunar New Year, drawing inspiration from Chinese culture, history, and myth.

The “Celestial Ball” skin is inspired by ancient Chinese astronomical instruments, the “amillary sphere” and “celestial globe”. The pattern takes cues from the dragon design on the pillar of the amillary spher, while the color scheme mimics that of China’s Forbidden City.

Piloting the Wrecking Ball is a robed and bearded Hammond, whose design ISAAC9797 says is inspired by the look of traditional Chinese alchemists. 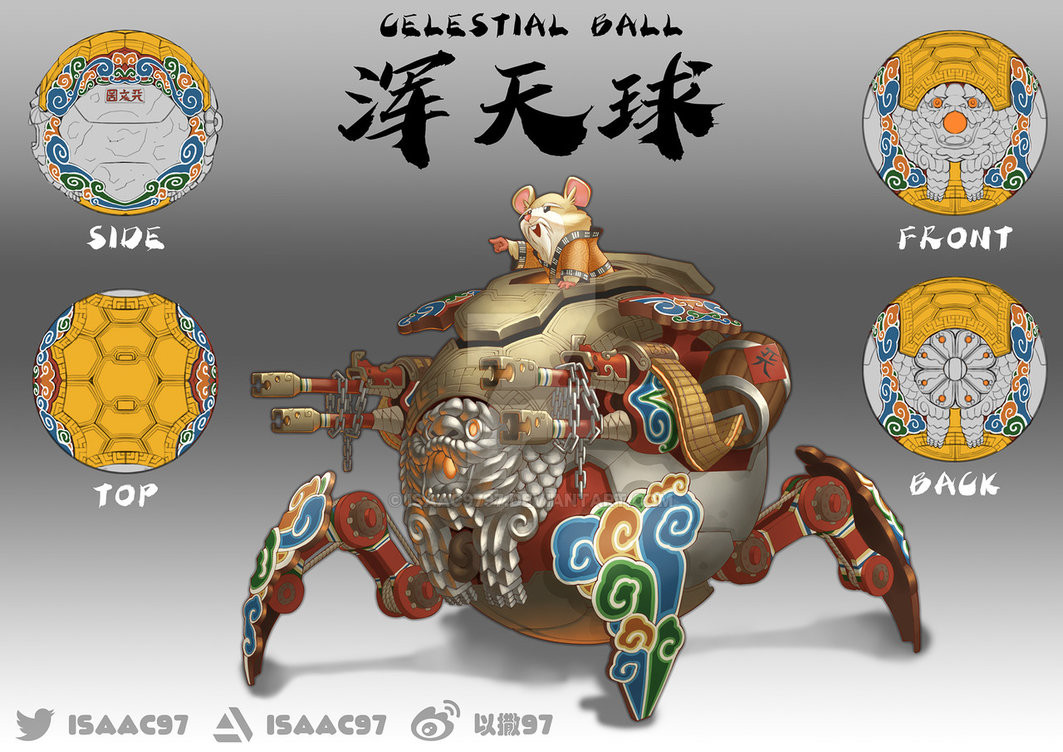 Lunar New Year is the next in-game event in the Overwatch calendar, due to kick off on January 24. As always, it will be adding a collection of new skins, some of which have already been revealed. So far, Reaper, Hanzo, and Reinhardt will be getting new looks, although it’s entirely possible Wrecking Ball could be on the list when the event drops.