A redditor has collected stats showing how Tracer and Zenyatta players in Stage 3 of the Overwatch League fared in their head-to-head match-up.

The Tracer versus Zenyatta battle is one of the most important match-ups in Overwatch. For Tracer players, removing Zenyatta not only takes out a healer, but potentially one of the most dangerous damage sources as well, along with one of the most powerful ultimates in the game.

As a result, huge swathes of team strategy can be focused around this particular battle, either to give the Tracer an opening for a kill or to ensure that Zenyatta can survive an assassination attempt. When it comes down to the key moment, however, whichever can win the duel may have a huge impact for their team.

On the Zenyatta side, naturally New York Excelsior’s superstar Support Bang ‘JJoNak’ Sung-hyeon tops the chart with the most kills per 10 minutes against enemy Tracers. It’s instead London Spitfire’s Choi ‘Bdosin’ Seung-tae, however, who is the only Zenyatta player with a higher kill rate than death rate. 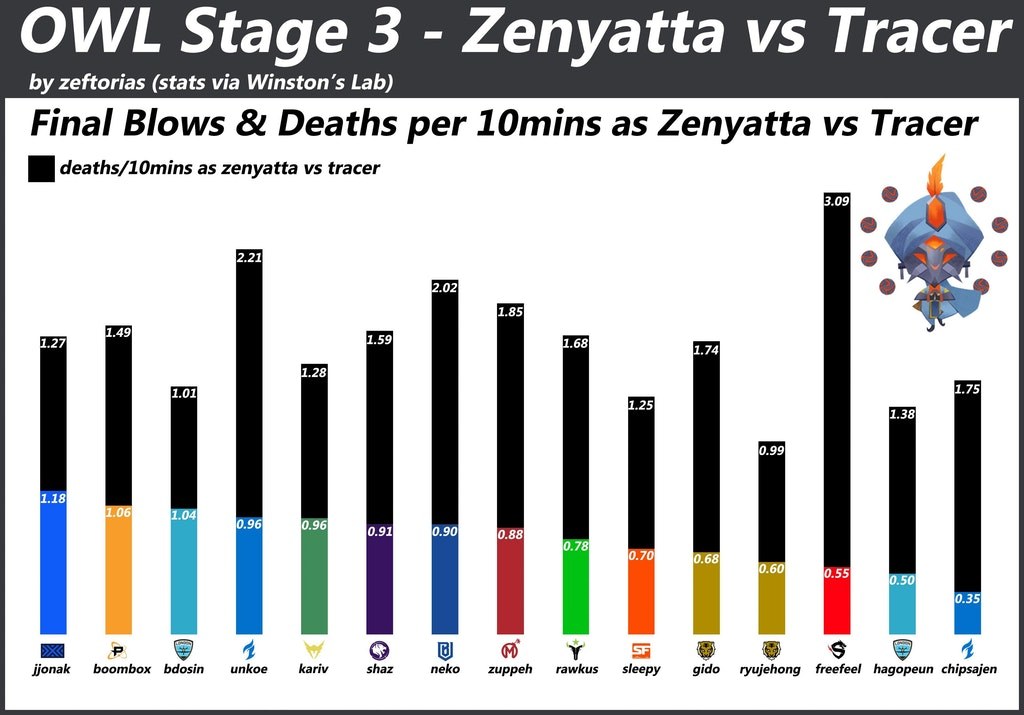 On the flip side, the stats for Tracer players versus Zenyattas show those in the league most deadly to the omnic monk. Here, each player’s playstyle is also revealed to a certain extent – some Tracer players clearly focus more on killing Zenyatta than others, with Philadelphia Fusion’s highly-regarded Lee ‘Carpe’ Jae-hyeok, for instance, clearly not interacting with the hero as much as many others. 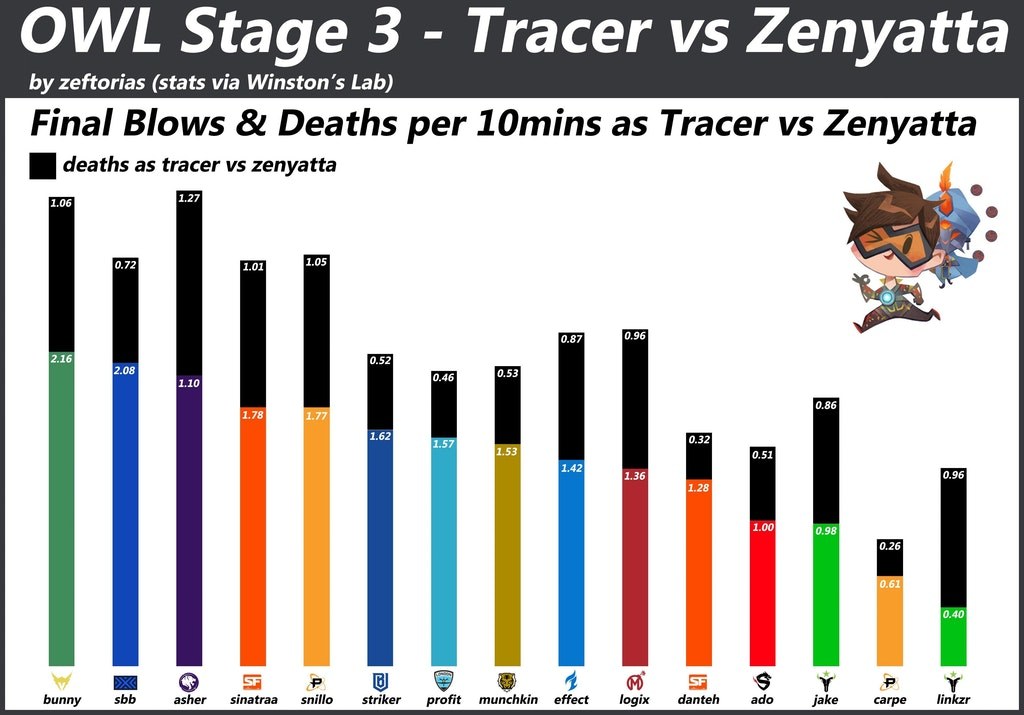 Together, the stats reveal one of the reasons the New York Excelsior has been so overwhelmingly successful compared to other teams. Both Park ‘Saebyeolbe’ Jong-yeol’s Tracer and JJoNak’s Zenyatta are among the top performers in this key battle, a deadly combination for the team’s opponents.