A simple, yet effective Lucio rollout on Volskaya shows just how valuable the Overwatch support hero can be on defense.

Lucio rollouts are different ways for the hero to smoothly leave spawn and get back into the action quickly to help his team.

We’ve already seen a textbook example of a prime rollout on Paris this week, and now the same player is back with another useful route for all the Lucio mains out there.

Every Lucio player worth their salt knows it’s better to wallride if you’re trying to get from point A to point B quickly.

When you’re playing defense on Volskaya, every second you take getting back from spawn counts, which makes Puffis_Senpai’s latest rollout a powerful potential tool.

The route takes Lucio out the left side of spawn, but instead of going down the main drag in front of the second point, they go left and wallride to the flank over the water.

From there Lucio uses his speed and some precision skips to cruise to the first point in record time. To jump, or skip on walls like Puffis does, you just need to double-tap whatever button you have bound to jump.

As Lucio players know, holding jump activates his wallride, but two quick taps allow him to jump off of a wall without sacrificing any speed.

As with all other Lucio rollouts, this one will take at least a little practice to get down, but it does provide a good blueprint for Lucio mains to decrease the time it takes them to get back from spawn.

Lucio’s speediness and overall usefulness led to him being one of the highest-picked support heroes during the opening weekend of Overwatch League Season 3, which could give us a clue to what future updates he could receive.

Developers have said they’re going to take Overwatch League pick rates into consideration when deciding which heroes to change and update in the future, which means Lucio could be a strong contender for nerfs coming up. 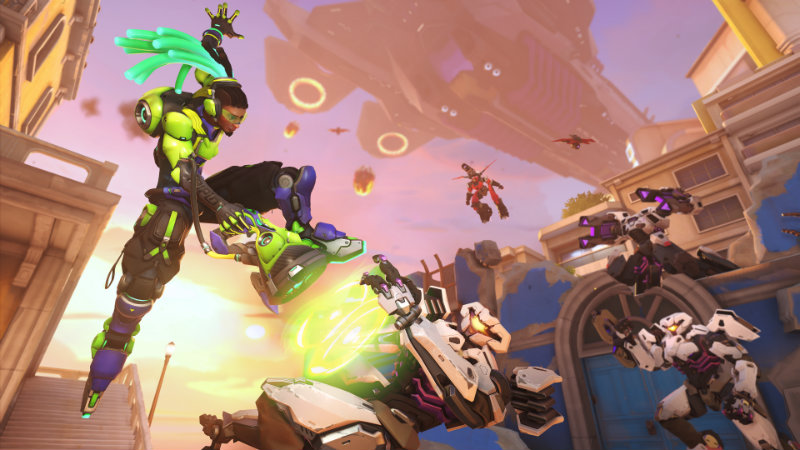 Lucio could see plenty more changes before Overwatch 2 comes out, whenever that is.

Whether or not Lucio will be nerfed remains to be seen and Blizzard has just rolled out a new live update on February 13, so it might be a little while before any new changes make it to the PTR.
Advertisement