Lucio is one of Overwatch’s quintessential support heroes, but a lot of players think his speed isn’t where it should be in the new meta.

Back in the March 19, 2019 Overwatch update, Lucio’s speed boost and how if affected teammates during Amp it Up were nerfed, as explained in the video below by YouTuber and Top 500 Lucio player PMAJellies.

This was when GOATs was going strong, so the nerfs made sense to slow down a team running three tanks (although pro teams continued to run Lucio in 3-3). But now, with 2-2-2 Role Queue having effectively killed GOATs, a lot of players want to see the old Lucio come back.

What were the Lucio nerfs?

His Wallride speed boost was increased from 20 to 40 percent, but a lot of Lucio mains didn’t think this made up for the other nerfs, and as a whole they reduced his mobility, which for Lucio (who uses his mobility to stay alive and heal/buff teammates), meant his effectiveness as a Support took a hit as well. 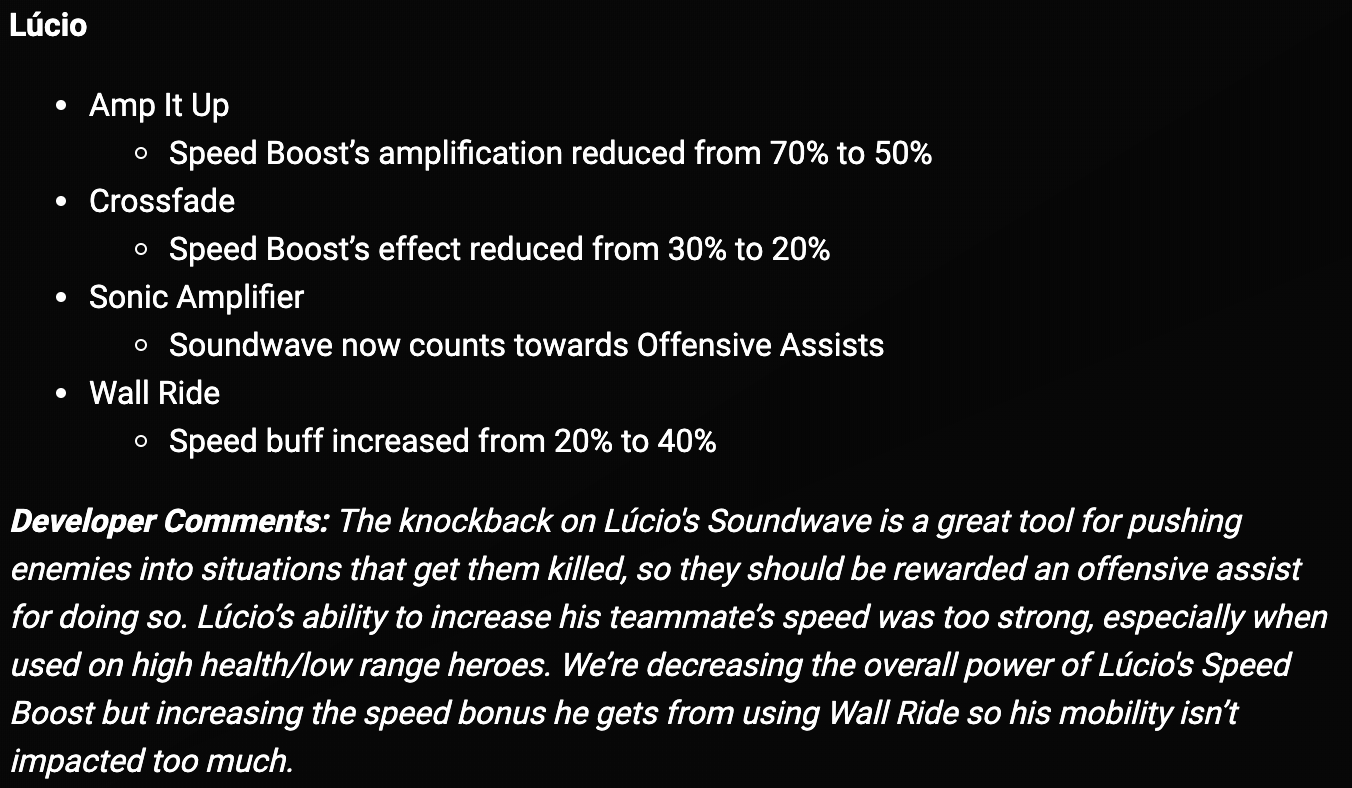 Lucio’s nerfs were intended for the GOATs meta.
[ad name=”article3″]

Why should the changes be reverted now?

The main argument from Lucio players in the Overwatch Community is that the nerfs may have made perfect sense during the days when GOATs ruled supreme, but don’t make much sense with Role Queue and the new shield-heavy meta.

“Now that the double barrier static choke play is back, I would really like to see that speed buffed to engage those great choke rushes again,” Reddit user pvtjace commented in a post on the subject. “Speed boost only encourages good teamwork too. If they are so hell-bent on creating some sort of unity amongst players why do they remove these things?”

With a new, shield-heavy meta taking shape thanks to Sigma, there is the possibility that Blizzard could bring Lucio back to his old, ludicrous speed once again, but so far we haven’t heard anything about it from Jeff and the Overwatch team.

What other changes do people want to see?

Another hero that some players think should be looked at is D.Va, whose most recent nerfs also came at the time of GOATs, but don’t make sense in the current system to a lot of people.

Specifically her Defense Matrix, which had it’s range reduced by half. D.Va was a fixture in the GOATs lineup, but in the new Sigma/Orisa meta she has sort of fallen to the side.

Some players think reverting her Matrix to the original range could help her be more viable in the current meta, plus, who doesn’t want to see more D.Vas running around? 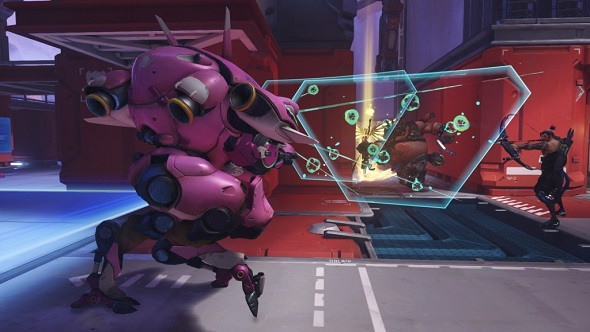 D.Va’s Defense Matrix has a much shorter range than it used to.
[ad name=”article5″]

Blizzard has already extended the Competitive Role Queue beta for another week to work out issues and bugs, so moving on to “fixing” heroes after the fall of GOATs could be the next step.