The San Francisco Shock have announced the addition of Boston Uprising’s star DPS player ahead of the second season of the Overwatch League.

The San Fransisco Shock have signed Nam-joo ‘Striker’ Gwon who played a pivotal role for Boston in securing the OWL’s first undefeated stage in the young league’s history.

The NRG Esports-owned team revealed the signing of the 19-year-old Korean on December 3 by press release and video skit on Twitter. 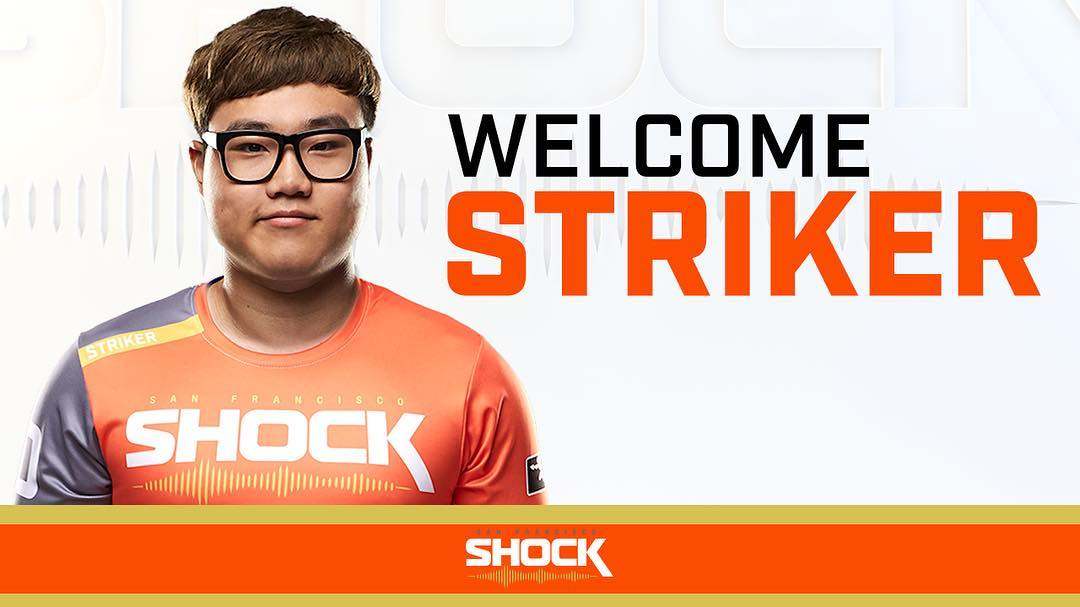 The Shock have signed the star DPS for the next season of the OWL.

The skit alluded to Striker being the missing ingredient that the Shock seemed to lack throughout the season.

The acquisition only bolsters the already deep-DPS core that the Shock have on the team. With the addition of Striker, the Shock now have 5 DPS players and a full 12-man roster.

“Having worked with Striker last season, I am very excited for him to join the roster,” Shock Head Coach Dae-hee ‘Crusty’ Park said. “He demonstrated excellence on stage during the first season and will be a great addition to the Shock family.”

Chef @ShockCrusty is cooking something special for Season 2 of @OverwatchLeague…

One ingredient was missing… Until now pic.twitter.com/dhO5Rq6tGx

Striker has a hero pool that consists of Junkrat, Widowmaker, and Pharah, but is known in the league for his insane Tracer mechanics.

The San Francisco Shock had a tough inaugural season, ending 9th overall in the league standings, and never placing better than 5th in any of the four stages.

It remains unknown if the Shock plan to have Striker in the starting lineup, but his accolades make him a strong candidate to get the nod.

The second season of the OWL is set to being on February 14.