The Overwatch League Season 2 campaign might be done and dusted but popular Adult Swim late-night comedy Robot Chicken gave it a fitting farewell with a hilarious parody.

For a long time, Robot Chicken has made running gags on some of the most prominent pop culture topics of its respective era. The show has made bizarre spoofs for everything from McDonalds, Harry Potter, Toy Story and now Overwatch.

With the San Fransisco Shock sweeping the Vancouver Titans, and the entire 2019 postseason for that matter, the minds at Adult Swim found it fitting to give their take on the Overwatch League with its classic vulgarity-fused ironic sketches of their Robot Chicken series. 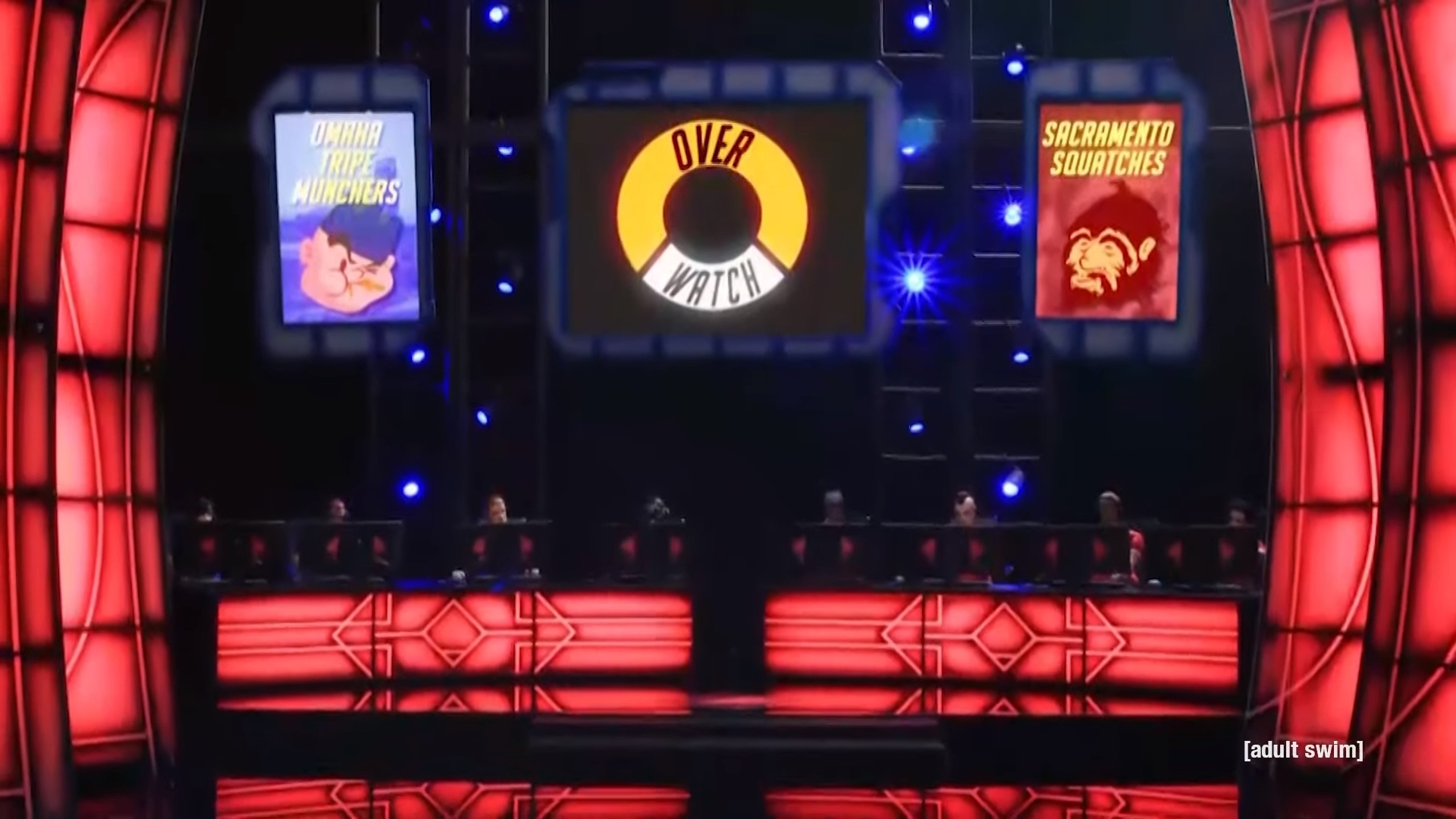 It must have been a long season for these teams Overwatch teams.

In their Season 10 preview on October 3, Adult Swim released ‘The Nerd Plays Overwatch’ featuring two teams made up of four players competing in ESPN’s coverage of the OWL.

Though the sketch briefly featured a sentry-mode Bastion laying waste to Tracer and Genji before getting obliterated by Widowmaker, the gag was more about the athletes playing the game.

With the Omaha Tripe Munchers somehow securing the win over the Sacramento Sasquatches, the nerdiest member of the winning side had a “vicious” pop-off before doing his ESPN interview.

The skit aims at everything from misconceptions about esports players to the evolution of ESPN’s media coverage and its foray into competitive gaming.

But one of the best interactions came after a boisterous Muncher noted the “nerds are taking over” since football fans tuning in had to instead watch “a bunch of weird-looking outcasts playing video games.”

That’s when players from both teams chimed in that they weren’t nerds, but were instead up-and-coming athletes who switched over to Overwatch with college scholarships, endorsement deals and the like.

The Robot Chicken creators even touched on the idea that esports players are starting to take an identity not representative of the “stereotypical nerd,” pointing out that most esports stars are fit, the same as any other sport.

But an obscene on-stage interruption derailed that train of thought when the program “cut to a real sport” of a “true athlete” golfer putting a ball into a hole mere feet away.

These obvious quips are Robot Chicken’s expertise, but it’s clear to see that Overwatch esports has ingrained into pop culture enough to warrant a clip from the infamous TV show.