checking out the hero live on Twitch from Blizzard HQ.

Having Sigma live on the PTR may have been a great birthday present for Seagull, but it was also a nice little treat for those who enjoy messing around in the Workshop.

The Overwatch Community has been going crazy over Sigma since he was announced.
[ad name=”article2″]

Of course the wise sage of the Overwatch Workshop, DarwinStreams, was one of the first to mess around with Sigma and see how powerful the hero could be when turned up to 11.

In Darwin’s mode “Sigma on steroids” Sigma now fires way more balls than his usual two, turning his primary fire into something that looks more like Hanzo’s old Scatter Arrow. 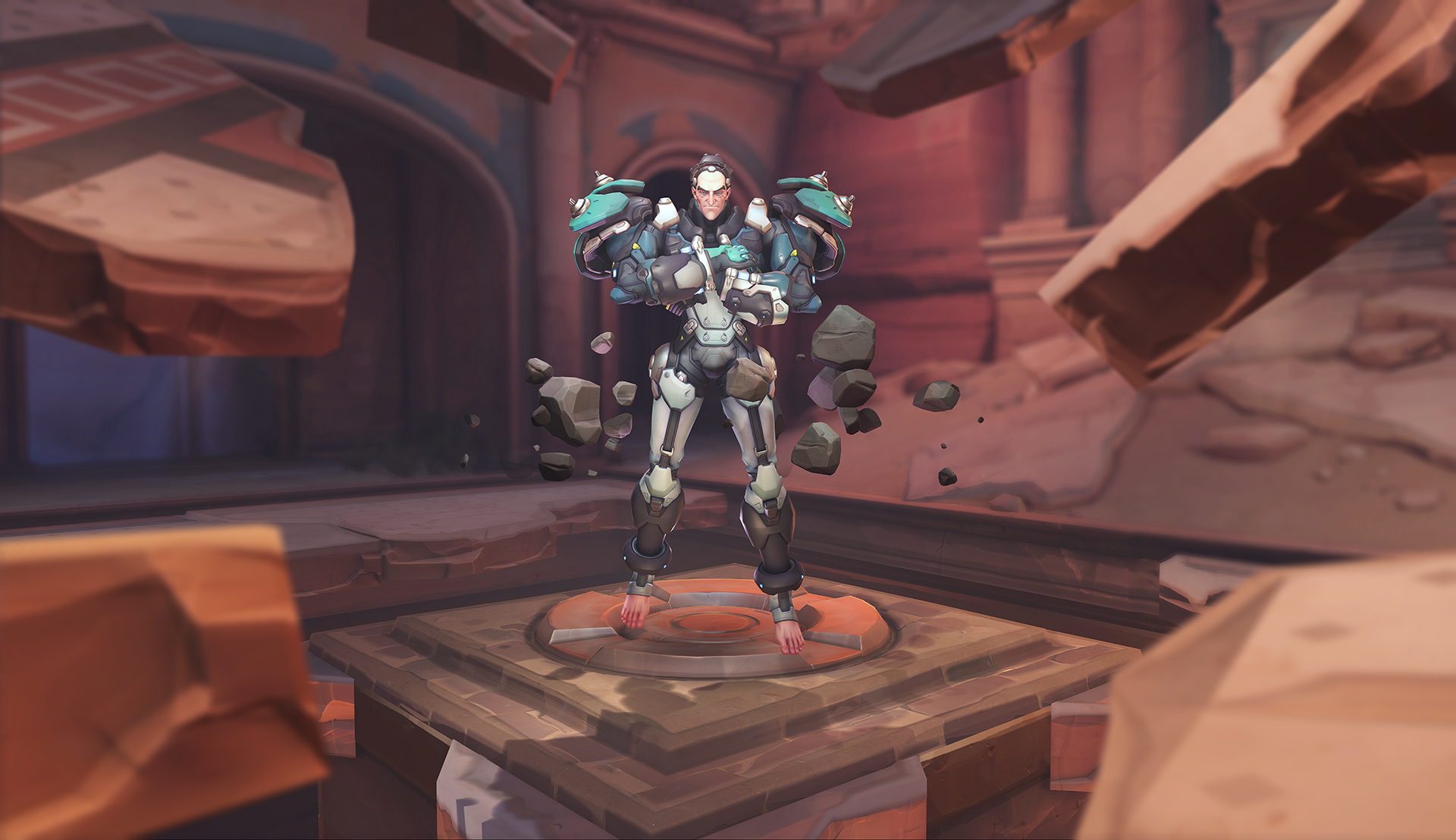 Sigma is already pretty powerful, but Darwin decided to kick things up a notch.
[ad name=”article3″]

But that’s just the tip of the iceberg, Darwin also made it so Sigma could fly around like he does during his ultimate, which allows players to basically carpet bomb with his Accretion ability (the one that throws a big boulder of debris).

One Reddit user pointed out the potential for using Steroid Sigma as a raid boss for a Workshop boss battle mode, which actually sounds like quite a bit of fun.

Several users also asked Darwin to make a mode that shows the range of Sigma’s Accretion, like he’s done with Reinhardt and a number of other heroes, since it’s been found that the stun players receive is based on how far back they get knocked by the ability.

For players who want to try out Darwin’s Steroid Sigma, the Workshop code is: F3NS8.

When will Sigma be released from PTR?

We don’t know exactly when Sigma will make it to the main game and console, but it will probably be at least a few weeks before there’s a good chance.

If we look at previous hero releases – barring Ana and BlizzCon heroes, who have a significantly shorter PTR cycle – the shortest time a hero has spent on the PTR was Orisa, at 19 days.

The longest a non-Ana or BlizzCon hero has spent on the PTR so far was Wrecking Ball at 26 days, so a wait of at least a few weeks is probably what we’re looking at for Sigma.

Even though we don’t know Sigma’s exact timetable for release, at least players are finally able to get on and try him out on the PTR along with the new 2-2-2 Role Queue system.