Being able to take down a flying enemy in Overwatch can be pretty challenging at times, but one fan managed to bring down multiple, in quick succession, with Doomfist.

Doomfist is a fan favorite hero in Overwatch due to its balance of mobility and power. Skilled players can wreak absolute havoc with the character’s powerful Rocket Punch and Seismic Slam abilities, before unleashing the Meteor Strike ultimate.

When it’s all lined-up together, the character’s kills can look like a thing of beauty – and that’s exactly how it looked when one fan showed off their perfectly timed, and well-chained, string of kills while using Doomfist. 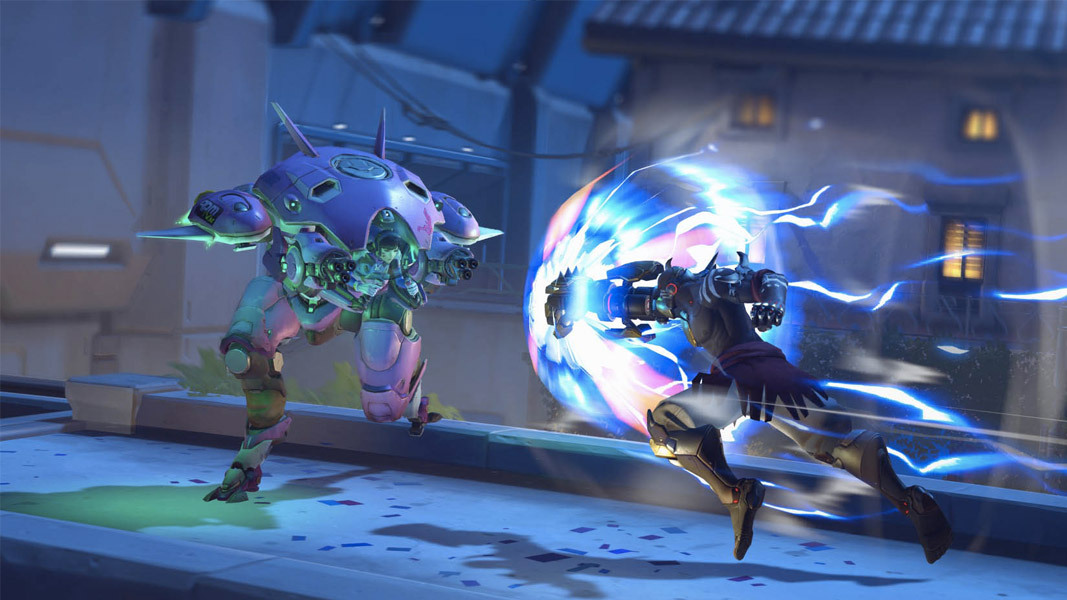 Doomfist’s Rocket Punch may look like it’s from another universe, but it can be utterly devastating.

In a post to the Overwatch subreddit, user Slingdash showed off just how a perfectly time Rocket Punch from Doomfist can lead to dire consequences for its enemies – especially if they’re flying in the air.

The Doomfist had not just one, but two, perfectly timed and charged hits on enemies. Starting with the Zenyatta, Slingdash charged the Rocket Punch ability up and waited for the opponent to drop into their crosshairs. Once they did, Slingdash unleashed the punch – sending the Zenyatta flying to their death.

That elimination was chained immediately into another kill – eliminating an unsuspecting Lucio player who had been stuck in a firefight with one of Slingdash’ teammates.

Slingdash put the icing on the cake with the third and final kill, which led to their team picking up the win. It was a perfectly timed Rocket Punch as an annoying Pharah player was seemingly unkillable. Yet, when it dropped right into view for Slingdash, they powered up the vicious punch and brutally nailed the enemy to the wall of the building behind them.

I absolutely lost it on the Pharah kill. from r/Overwatch

The clip was made all that much more hilarious by the in-game announcer announcing that Slingdash’s team had won, with the Pharah player sliding down the building wall in slow motion in the background of the victory screen.

Overwatch fans chimed in with their compliments after watching the highlight play. “That looks so satisfying, especially if you are a Pharah hater like me,” commented one user.

Doomfist mains may be able to pull off similar, game-winning clips of their own but if they can match the hilarity of the sliding Pharah, then they may have a claim to the best Overwatch highlight in a while.