Overwatch’s Hanamura might have been designed as a payload map

A curious Overwatch fan has found evidence to support the theory that Hanamura was originally designed as a payload map.

Hanamura is one of Overwatch’s original maps, and is one of the least-disliked 2CP maps in the game.

Now, Reddit user and Overwatch aficionado Owlero has discovered out-of-bounds evidence that suggests it was designed to be a payload map, instead of the dreaded 2CP. 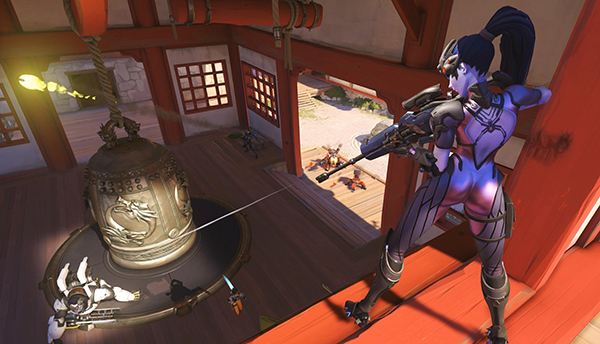 Could developers have had more in store for Hanamura than 2CP?
[ad name=”article2″]

Using the replay viewer, Owlero went to explore the area left of the first attacking spawn point, and found a few things that definitely seem to suggest there was more planned for Hanamura.

Behind the gate with a car in front of it just outside spawn, the road continues and leads to an area that seems  to be custom made for a moveable payload.

I think Hanamura might have been a payload map at some point. from r/Overwatch

The area isn’t as fleshed out as the rest of Hanamura, but it does seem like developers put some work into the space.

Owlero’s discovery also brings up the question of where the payload would travel – if Hanamura were a payload map, that is.

The path more to the left out of the main spawn door is one most players take when coming out of spawn, but it has a large pillar in the middle.

If you remove all of the clutter from the right side of the path, it would be just fine for a payload to move through – if a little cramped. 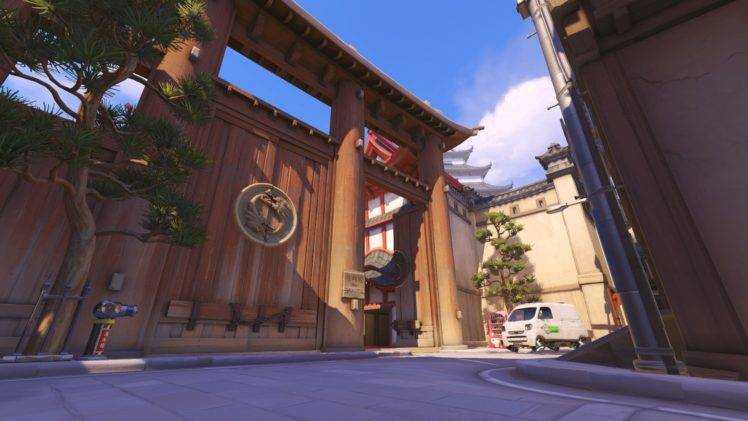 How the payload would make it through the first choke is anyones guess.
[ad name=”article4″]

Following the first part of Hanamura, it’s less clear where the payload would move, but the signs are definitely pointing towards the map being envisioned as a payload.

Hanamura is also a map in Heroes of the Storm, where it appears as an escort, which just adds fuel to the conspiracy fire.

Sadly, players will probably never see an escort Hanamura as developers intended. But who knows? It could pop up in Overwatch 2, for all we know.